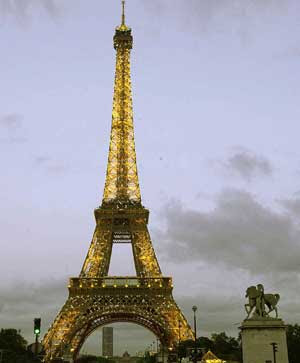 Thanks to the overwhelming large number of comments (7, 3 of them mine) I decided to treat you all to some more opening summarization by me. I wrote these for the children, but honestly, I think they're good enough for most people. The Bb5 one is certainly all I know, actually a fair amount more than I really know, about the opening.
But this series of two French handouts is kinda magical in that you really can play it in half an hour. It's boring, no denying that, but it'll get you out of the opening with some vague plan and very little chance of accident. Short and Vaganian have played 3...Qd7, and all kinds of people (Karpov, Korchnoi, Shabalov, Dreev, Oll, Wojt., Hodgson, Lputian, Khalifman, Epishin, Beliavsky, Rustemov, I could go on) have played the Fort Knox, so it's not garbage. I can't post the annotated games because I stole them almost verbatim from chesspublishing.com. You should subscibe to this website, it's great, but if you're really a hardcore cheapass, email me and I'll send them to you.
fort knox
advanced
Chessbase diagrams disgust me, graphically, but I replaced the linares ones with them just for you.
whole thing plus one extra recent Short game with chessbase diagrams
Posted by Elizabeth Vicary at 9:10 PM

Hey, I can see the diagrams on these ones. Cool.

Thanks again for posting these. From what I've read, I'd guess most of your middle schoolers are more advanced than a lot of us patzer adults out here, so these are great.

Have to agree - very nice indeed!!

Thank you. I live for praise of any kind.

DO YOU ALL SEE WHAT I MEAN WHEN I SAY THAT ELIZABETH IS CLEARLY WITHOUT ANY QUESTION THE NUMBER ONE COACH IN THE NATION?

Any other name you read in some article as being a good coach is not even in her class, but of course there is really no one (except for me) that actually cares about who is the absolute best and makes rankings on this kind of thing. But really it's not even close.

Mainly I keep mentioning this because somehow in the field of chess coaching no one really cares about who is the best, it's more of a field where everyone shakes hands and congratulates each other, but really she is head and shoulders above everyone by like a mile, and since I am the only person who will ever say this (and I worked at the school for a few years so I saw it first hand), I can't help but repeat it.


Please realize also that these are just one of like dozens of handouts of this nature that all of the kids can access at any time.

THAT IS ALL NOW EVERYONE START ACKNOWLEDGING THAT SHE WOULD COMPLETELY DESTROY ALL OTHER COACHES IN THE NATION.

You won't get an argument out of me, Greg. There is one other guy who's supposed to be good, but I understand he's a guest of the state in Colorado at the moment, and his prospects as a coach when his hitch is over don't look good.

I remember a CL article Elizabeth wrote in which she interviewed several other chess coaches. It was a great article, and each of the guys had good stuff to say, but the best thing about it was Elizabeth's own insights and the way she selected and presented the material.

Then there was the article in which she explained in detail how a ladder works so even I could understand it. I was grateful. There are always new coaches coming into the game, but hardly anyone bothers to explain the basics to us.

But enough sucking up. I think the Talmud says that only a fraction of a man's virtues should be enumerated in his presence. I guess the same should go for women, too.

Ok look elizabeth is obviously a great coach. But there are also lots of other fantastic coaches who teach as well as her but havent had as much success probably due to
1. location and 2. lack of budget. Elizabeth's kids live in new york and so 318 is able to send their kids to tons of tournaments. Also, 318 is supported by CIS which gives the school money to go to nationals. Cmon how many schools outside of the big cities have these kinds of help? Again, elizabeth is awesome, but so are a lot of others who are just as good and work just as hard.

I like that there is a debate about exactly how awesome I am. Maybe I could make it into it's own post, where I makes lists like Reasons to Adore Me and Reasons To Despise Me. And have one photo of me lying in the flowers, smiling beatificaly, and another where I'm snarling, drooling blood and savagely attacking some kid while dressed like a prostitute?

Anyway, it's true I'm extremely lucky, but only about 5% of the money comes from Chess in the Schoools. The rest comes from the school itself: my principal is a big fan of chess and makes it a school priority. However, the tournaments are an enormous help, and all the credit for that goes to CIS.

Perhaps Greg can organize some kind of "coach-off," where we are each locked in a room for 72 hours with a randomly selected 6th grader and then the two kids play a 10 game Death Match?

And of course a third picture where I'm sitting, half-naked, on Greg's lap, making out with him, drinking champagne and laughing at the rest of you while accepting my $100 USCL Blogger of the Year check.

Nope, sorry Mr. Anonymous, elizabeth is number 1 by a longshot.

This question is obviously too important and controversial for it to be settled on this one thread. It should be decided democratically. I've posted a poll on my blog and stated my position here.