What is WRONG with those DUMB*** judges?

Readers, honestly, I do not grieve for Greg and Arun; we all knew they had sold out years ago to the same corporate rating machine Eisenhower warned us about.
But I'm very disappointed with JONATHAN HILTON.
What happened to the integrity, idealism of youth?

I'm trying to say that I just don't understand how no one (NO ONE!) nominated Shiber - Ju (http://www.uschessleague.com/games/shiberju07.htm) for USCL Game of the Week. Not only was it a pivotal skirmish in a tense and tantalizingly unresolved street war, but it was also--beyond any doubt--the absolute FUNNIEST GAME OF THE WEEK.

First of all, it's an exchange French, which in itself is pretty funny. Give me one logical reason white should take this pawn, other than (s)he is too freaking lazy to defend it?

Then both sides live in a fantasy world for 10 moves: Ju thinks he's Nakamura and Shiber thinks it's a Caro-Kann. Evan behaves like a talented kid is expected to (attacks viciously, randomly), and Julia makes exactly the sort of moves you would expect from an intelligent woman who is around a lot of high-level chess (she's Stripunksky's wife) but isn't particularly obsessed by it.

Which means that by move twenty she has a winning material advantage...

They both play like grandmasters for maybe 10 moves and then, FOR NO OBVIOUS REASON, white moves her queen to b8 and waits around for two moves while black traps it.

Readers, I know you will agree, this alone is enough to make Shiber - Ju the hilarious, crowd-pleasing game of the week, no?

But just in case someone's not convinced, let's continue.

On move 32, again, for *no apparent reason,* Ju moves his knight, allowing White's queen to escape from the otherwise completely secure trap. And Shiber, who can now win a pawn (48. Qh8+) and be much better, goes for a perpetual check.

The game ends in a draw, but I'm going to tell you the real truth: I think both sides won.

To Shiber and Ju: BRAVO! You created a masterpiece of exquisite mystery and playfulness: a testament to your creativity and pioneering spirits! I salute you! It's this kind of edgy, unflinching spirit that makes our country (and by extension, the USCL) truly great.

To USCL Judges: SHAME!! You wouldn't know a diamond if it bit you in the ass.
Posted by Elizabeth Vicary at 6:57 PM 2 comments: 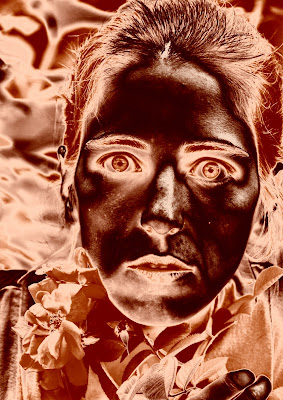 I was called this by a cowardly anonymous poster on the often very hilarious Boylston Chess Club blog (http://boylston-chess-club.blogspot.com/). The above picture is primarily for his amusement. (Both this photo and the one below of John Bick were taken by Betsy Dynako at the New England Masters Aug. 13-17)
Posted by Elizabeth Vicary at 8:08 PM 1 comment:

The Day I've Been Waiting For, A Hypothetical and a Former World Champion

Oh, how thrilling: the U. S. Chess League.
I know I can't compete with the yin / yang of USCL prognosticators, Ron Young and Arun Sharma (the fantastical non sequiturs, the near-manic thoroughness), but I'm interested not in what might happen, but what could happen....
I’m going after the hypothetical angle.
Here's this week's "What if?":
IF THE TENNESSEE TEMPO HAD KASPAROV ON BOARD ONE, WOULD THEY MAKE THE PLAYOFFS?

This actually grew out of a conversation with USCL Commissioner Greg Shahade. I asked him what his ultimate goal for the league was. He shrugged and said "More sponsorships for the teams?" or maybe he said "ESPN." I forget which, and obviously that means I wasn't really listening, but the important part is MY RESPONSE, which was "What about getting Kasparov to play?" and obviously, if Kasparov would play, it would be for Tennessee. Which brings us to the question at hand, so let's take a look:
First of all, to make the play-offs you need to come in the top half of your division, since 3 out of 6 teams will qualify. Let's say you need a minimum of 5.5 match points out of ten.

Naturally, Kasparov will want to play every game. Amazingly for Tennessee they can have boards 1, 2, and 4 simply slide down to 2, 3, and 4, so the best line up seems to be:
1. Kasparov (unknown USCF rating, but counts as 2580)
2. Burnett 2407
3. Andrews 2337
4. Bick 2266
Of course, Hot Toddie has to be on the team, and if you haven't read his hilarious post about why New Orleans native John Bick is key, you definitely should:
http://tennesseetempo.blogspot.com/2007/08/welcome-our-new-players.html

I will take Arun's (first listed) recommendation about the best possible teams. Notice that this deprives other teams of using match strategy to improve their chances: given Kasparov’s overwhelming strength, teams should definitely choose a lower rated board one (since he’s probably losing anyway) in order to stack boards 2-4. But, in order to be absolutely, completely, entirely, irreproachably fair, I’m not even allowing this! A second Daniel! I’m basing my predictions primarily on current rating, but I consider other relevant factors like color, recent results, youth, alcohol consumption, and activity.

I'm assuming Kasparov can win on board one. Bartholomew outrates Burnett by 81 points and has white, so he gets the nod on board two. Stopa has almost a 100 point advantage, so despite having black, I'm picking him also on 3. Guadalupe has white, but he's down 48 points =>draw.

OK, so Kasparov has white, lucky guy, and despite his relative inactivity lately, Benjamin hasn't been playing a lot either so I'm giving Gary this one. Boards three and four are very similarly rated, so let's split the difference and call it 1-1 there. The big question is Ippolito-Burnett. Just on rating (Dean has a 26 point advantage) I would normally call this a draw, but Dean-o has white and he's coming off a nice result at the New England Masters, so I think he has the edge.
Tennessee 2- New Jersey 2

Again, Kasparov is black, but generously I'm believing in the man anyway. Orlov outrated Burnett by 167 points and has white, so 1-0 there. (Weirdly, he outrates Serper also, but let's gloss over that one) Milat is 17 points above Toddie, but is black, so DRAW. Sinanan is outrated by 75; he's white; close call. But I'll be generous and call this for TN.

It's again lucky for Kasparov that he's white against Becerra, because honestly, is he going to win EVERY GAME? Someone in the country can draw him with white, surely?! It's a good thing they aren't playing New York, that's all I can say. Lugo outrates Burnett by 23 points and is white; it's close, but I gave TN the benefit of the doubt last time, so I'm calling this one 1-0. Marcel is more than 125 points above Toddie. I'm not happy about it, Toddie being a close friend and all, but reality calls for the truth: 0-1 (Miami). Happily, this leaves a weaker 4th board for the Florida team, leaving the overall match a push:

Again, Mr. K takes the point, owing mostly to Patrick's long hiatus from the game. Bhat and Pruess both wipe their opponents up, out-rating them by 58 and 111 points respectively. Now, Southerners are going to protest here, but I'm taking Naroditsky over Bick because
1) he's white,
2) he's a genius kid and
3) he doesn't have a tattoo of an alcohol manufacturer on his shoulder (Sadly, this photograph has been removed at the subject's request).
Compelling arguments, no?

Ok, the former world champion wins on board one. Just barely. Lopez outrates Burnett by 61, so he takes board 2. Kaufman is white and has a 59 point edge over Toddie, so 1-0 Baltimore again. Battsetseg and Bick are 32 points away from each other; definitely a tough call, but I leaned against Tennessee and mocked Bick’s body art last time, so I owe them: 1-0 for the Bickster.

Milman goes down, no question. Schroer is black against Burnett, so even though he’s 40 points higher, I’m calling this one a tie. Chuma outrates Toddie by 110 points and is white, so no-brainer here, 1-0. Now I would make an argument for Bapat as a drawing master, based on having sat next to him 1000 times and watching him behave like a rock with his Caro-kann, but I'm going to assume K is prepping his teammmates carefully and gives John-John and explosive novelty.

They played before, and I liked Dallas then, but mostly because they had white on the crucial 4th board. Not so here, and so I’m calling it a tie.

And this one is the reverse. Clearly Tennessee takes 1 and Dallas gets the nod on three, but between Schroer with white and 40 extra points and super solid Bapat-the-drawing-master who also has white, Carolina gets at least a point between them.

Results? Only 4.5/10. A sad day in Southern history—no play-offs for the Tempo.
Next week they get Ivanchuk and Svidler: CAN THEY TAKE THE CHAMPIONSHIP ? We’ll look at match-ups against New York and San Fran….
Posted by Elizabeth Vicary at 10:57 PM 5 comments: 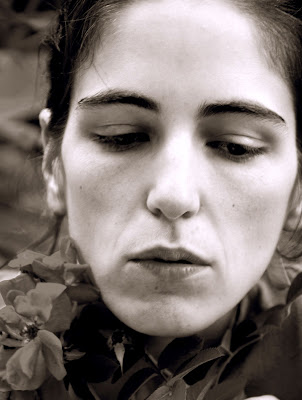