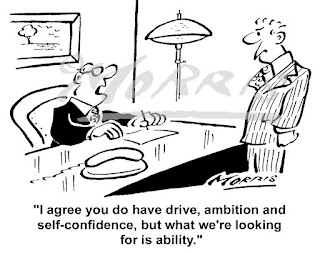 Posted by Elizabeth Vicary at 8:50 AM 2 comments:

The Scholastic Council Should All Resign

The Scholastic Council should all resign.
Let me backtrack.  In late March, Nura Baala, 7th grade, 1900, transferred from Success Academy to IS 318. She had been constantly disciplined at Success for minor infractions-- if you don't know this charter chain's reputation, it's for military style discipline and daily standardized test practice.
At Girls Nationals, a week and a half after she transferred, Success complained that she should not be allowed to play.  The head TD, Jeff Weibel, did not speak to us to ascertain the facts of the case. He simply removed Nura from the team, changed her team code from 318NY to 318Ny (in order to "not hurt her feelings") and DID NOT TELL US ANYTHING AT ANY POINT. The organizer of the event, NTD David Heiser, came in Sunday morning to tell us they had changed their minds because banning transfer students wasn't in any rules at all, and we were like "what? you did what?" He apologized to us and said there was absolutely no rule prohibiting her playing.
The simple failure to communicate is ridiculous on every level.  Why wouldn't you at least ask us how long she had been going to 318? Or tell us when you remove a top player from our team? How is that acceptable behavior on a most basic human level?

But ok, we aren't vindictive people and we didn't make a fuss.

A week later, three days before junior high nationals begins, we get a letter from Boyd Reid saying "US Chess has long striven to avoid schools purposely recruiting players for the purpose of assembling so-called scholastic “superteams”, under the reasonable belief that this would create an unfair competitive imbalance.  Allowing a player to transfer to a new school in the same academic semester as a national tournament, and then permitting that player to join the new team immediately, flies directly in the face of that tradition."
. They cited a rule for national youth events that reads:

This rule clearly states it does not apply. Boyd then cites NCAA rules, and national high school athletic association rules, none of which even remotely apply.

The Scholastic council voted 5-0-2 to allow Boyd Reed to remove Nura from our team. The Scholastic Council are largely private school coaches with strong personal interests in hurting other teams. Sunil and Danny Rohde "abstained" but they abstained only to make themselves look innocent after it was obvious the measure would pass.

We complained to the USCF executive board, and they overturned the Scholastic Council's ruling 5-2, saying "Section 13 which covers team composition at national scholastic events does not include any language requiring the player to attend the school they are playing for at the national scholastic to be enrolled at that school for the entire semester."  It is extremely rare for the EB to get involved in scholastic issues, but they recognized that this decision was ridiculous.

Either this was a blatant attempt by Boyd Reed, Sunil Weermantry, Beatriz Marinello, Joe Lonsdale, Robby Adamson, Eric Vigil, and Danny Rohde to cheat, or they lack 6th grade reading comprehension skills. I see no other way to understand the situation.


It seems relevant to mention that Speyer Legacy, one of Sunil's teams, is famous for recruiting a very large percent of their team .

And while we're talking about cheating, Sunil's school, Bronxville, that came second in the K-12 Under 1900 section, had two eighth grade students from the middle school illegally playing on the high school team.  While the elementary, high school and junior high are in the same building, they have separate principals and thus are considered different schools, per USCF regs that Sunil helped write. So he clearly knew he was cheating.

I used to be an active member of the larger Scholastic Committee, which elects the Scholastic Council. I was removed by Sunil without my knowledge or consent because he decided "there were too many New York people." He does not respond to my emails asking to be reinstated.  He obviously removed me to consolidate political power.

The Scholastic Council is made up of people with strong vested interests and they have shown themselves to be biased. I no longer have faith in any of them. They should all be deeply personally  ashamed to have made up rules in such a totally ludicrous fashion to try to cheat a little girl. They have abused their positions and they should all resign.