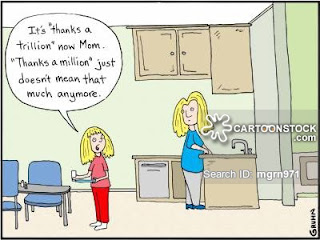 Posted by Elizabeth Vicary at 9:08 AM 10 comments: 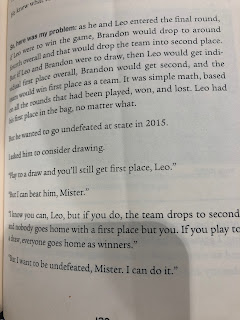 
Also, this isn't cheating, but did you guys watch the video about Henderson girls in Mike's article? Where Ramirez says "I'm not going to lie, I had to read a lot of books about how to coach a girls' team ...They mess up their positions in a whole different way"  wtf?
Posted by Elizabeth Vicary at 1:24 PM 2 comments:

"1. No cheating happened, nor is alleged to have happened, at the 2018 National Junior High Championship; the alleged incident took place prior to our event."

I'm sorry, what????????
We're accusing them of intentionally losing games to lower their rating in order to enter the National Junior High in inappropriately low sections. They did this and won the tournament.

Intentionally entering the wrong section is cheating.
They began their cheating with the tournaments on 1/15* and 1/19, but this was done only in order to cheat at nationals. In some sense, nationals is the real cheating because the earlier events have no victims in and of themselves.

The statement Carol Meyer issued is now being used by the Henderson coach to claim he has been exonerated.
Honestly, it's hard for me to fathom what she could have been thinking, but the statement needs to be retracted immediately.
Posted by Elizabeth Vicary at 7:13 PM 9 comments:

So the USCF put out this statement, which I consider an laughable shirking of their responsibilities.

"The US Chess Federation has not received a written complaint to initiate our procedures for factual inquiry and ruling on any allegation of cheating pertaining to this event."

And you don't care enough to do anything on your own?? After you have been begged in a timely fashion to by no less than 12 coaches? After your own national championship becomes an outrage and a joke?

It's the casual denial of responsibility that kills me.

You have all the facts you need, Carol Meyer, USCF et al.  Cheating obviously occurred and ruined YOUR national championship. People complained to your organization in time to remove the kids from the section and fix the problem. If your rules are really set up to make you powerless  to investigate on your own, then I feel sorry for you.

Pretty soon no one is going to pay money to attend your national championship if you don't fulfill your fundamental responsibility of enforcing the rules.

Cheating at the National Junior High

How to Solve Coaches Cheating at Nationals

Use peak ratings as eligibility for under sections at nationals.
Children's ratings should not be going down. This solves the problem and is easy to understand and enforce.
Posted by Elizabeth Vicary at 7:38 PM 1 comment: