no charge for awesomeness, part three

Last month, IS 318 won the K-8 Junior High Nationals and our B team came third in the K-9. We won the K-9 blitz tournament. Alexis Paredes won clear second in the K-8. IS 318 teams won places 2-6 in the Junior High Bughouse Championships.

We came fifth in the High School Nationals and James Black placed 22nd. We came third in the high school blitz tournament. We won National Girls 12 and Under and 14 and Under Championships. Rochelle Ballantyne, who graduated from 318 last year, won the Girls 18 and Under National Championship and the full scholarship to UTD ($60,000 out of state!). 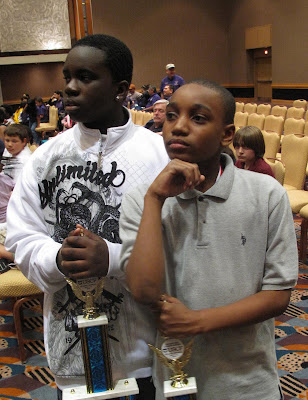 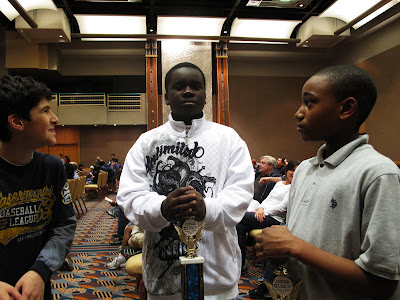 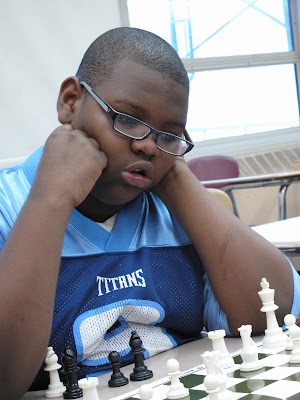 
Less competitive than the grown-ups: IS 318 students and Moody Middle School (1st and 2nd place teams in the K-6) students play blitz, ignoring the awards ceremony going on behind them 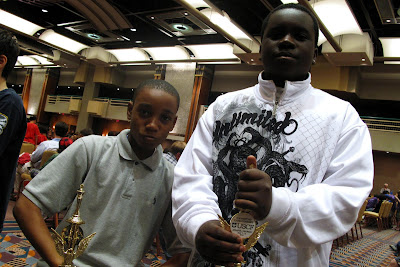 Posted by Elizabeth Vicary at 8:58 PM

A Chess fan in Connecticut,

pretty awesome i guess, though i think i am a better player than both i still have a minus score -go figure- they are both pretty tenacious very strong players i'm sure will do very well

Awesome job!!! both students and teacher! Love the pic of them playing blitz during the ceremony. Kids have a knack for avoiding boredom. (=