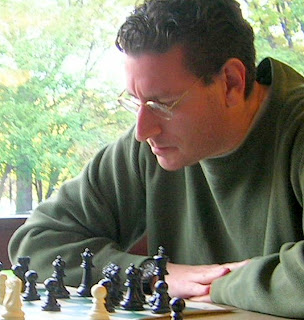 EV:  Congratulations on an amazingly successful season! 9.5/10 is a huge accomplishment. What do you say to the haters who grumble that you had an easy schedule, faced weak line-ups, and generally got lucky?

DV: We have had a lighter schedule than other teams, but we have made the most of it. We have seen that CAR (who we played twice) is not an automatic win. In weeks 8 and 9, CAR drew powerhouses NY and BOS. In week 10 we played CAR. We only needed a 2-2 tie, but we won 4-0. We take care of business.


Also, look at a team like PHI. One reason they have a poor record is that we beat them twice. They should have a good team - they have Magesh and Smith, but those guys hardly played. There's not much we can do about that.


When we faced our biggest challenge in facing NY in week 7, we only had one of our four IM's available and we were facing a lineup with Georgi, Pascal, and Irina. We won the match.


The thing that is special about our team is that we never have to field a weak lineup. We used 10 different lineups in 10 weeks (and the first playoff match features and 11th lineup)!


EV:  Tell us about the creation of the Nor’Easters.

DV: Well, our region has a lot of good players. Even now there are a lot of good players around that do not play in the USCL - Foygel, Fang, Rizzitano, Kelleher, Mac Intyre, Coleman. Boston is a great team, but they generally remain unchanged each year, so there was clearly room for a second team. Both Brad and I have talked to Greg about a second Boston area team for many years. When Tennessee left, LA filled their spot. This made sense regionally. But then St Louis emerged, and their sudden addition allowed us to join the league (there has to be an even number of teams). Greg knew I could get a team together very quickly. Our preseason goal was to qualify for the playoffs. We made it.


EV:  Almost all of your players had plus scores for the season, but is there a standout whom you would pick as MVP?

DV: There are several MVP's. You could say it starts with Sam. He was 3/5 in the regular season, which may not seem tremendous, but he started 0-2. Neither of those losses was costly for the team. Then he won 3 in a row (Finegold, Kachi, Milman) and those wins were huge. As far as we are all concerned he's been great, both as a board 1 and as a teammate. We are really hope he does not quit chess because we certainly want him back last year.


Robert and I have both performed well (4/5 and 3.5/4). Brad has done well, and so has Chris Chase. One big moment in the season for me was when we faced NJ. Chris was playing Victor Shen, who had just demolished the <2400 section of the World Open with 8/9. It was this game I was the most worried about in the match, but Chris won a wonderful game, propelling us to a 2.5 victory. In general, our losses have not been costly and several players have had huge wins. You have to create your own luck.


If I did have to pick a MVP though, I'd probably go with Alex Cherniack. Every board counts the same, and he has scored 5/6. Board 4 can be unpredictable, so having a reliable, experienced master has given us a lot of confidence there.


EV: You mentioned that you used all these different lineups in the regular season—you definitely have a lot of depth and flexibility. What are your strategies for team selection in the post season?


DV: Whatever lineup we think will work best. This is kind of a guessing game because you don't really know what lineup you'll face.

EV: Who do you fear most, the Knights, or the winner of Boston- Baltimore (and which will it be??)

DV: I'd say I fear the Knights more, because that's the team we have to play! We are not looking forward to the winner of Boston- Baltimore yet, but I would pick Boston to win. Our crosstown 'rivals' have an unusual semi-balanced team - they are top heavy and have a lot of strength with their lower-rated players too. They do not have anyone between 2300-2500 though! Of course LarryC is a USCL 'monster'. Eugene is an experienced GM but his availability seems to be less than the other players (he is at Spice Cup right now). I have known Jorge since he was a kid. He does not play much these days but he may be the biggest talent I've ever seen. He did what many big talents have done though - he took the 'life' path. Shmelov is very likeable. Despite his poor record this year, he is only 23 and a huge talent. He went from 2200-2500 very quickly while working a job and going to school! Our whole team fears him, with the exception of Hungaski, who seems to have a hex on him. He is likely to be another talent that 'gets away' and chooses real life over chess. I believe Corke only lost her first game this year; it's nice to have a tenth player who is strong and solid. Martirosov is a cool guy whom every always likes. Krasik may stir up some trouble, but he has won a lot of important games for Boston. I suspect their best lineups start with Larry and end with Ilya - then they just fill in the middle.

DV: Miami (Becerra). Seattle is looking scary, but I have to go with AZ because their team is built like ours – more balanced than top heavy, with 4 strong IMs but no GMs-- and I am friends with a lot of guys on their team! Remember I lived in the desert for 10 years...

EV:  Any roster changes you are eyeing for next year? I know you are coaching the talented junior Mika Brattain; will you recruit him?

DV: Mika is both talented and successful, but he has a ton of room for improvement. This is a good thing! He has a tremendous upside, and maybe we'll see how his rating fits into the team's plans next year.


EV:  You have some sponsors, Firejel and MACA (Massachusetts Chess Association). How’d you swing that?


DV: You have to work hard and go out and get it! As an expansion team, we do not get the same financial support from the league that the other teams do. We have been very fortunate to get help from Chesscafe. They have been around a long time and are renowned for their excellent articles, monthly columns, and amazing selection of chess products in their store. At our site, http://www.nenoreasters.com/ there is a 10% coupon for chesscafe.com that is good until the end of this year. We also have help from Firejel, charcoal & firewood starter, a product which is great for charcoal grilling, fireplaces, wood stoves, firepits, camping and backpacking. They are not chess related but they have been very generous as well. We also have the support of our state affiliate MACA. Despite the fact that we are an expansion team, I think we have been doing things right, a feeling that is well supported by our team chemistry and record!


EV: If you could change one thing about the USCL, what would it be?

DV: I would change some of the rating rules. The 2590 rule should just be 2600, and I would have a minimum of 2000. It's a professional league; you should have to be at least 2000. Changing these rules would also self-correct the STL 'problem'. I feel that in a league where the average rating has to be under 2400, there should not be a 2650 on board 3, as there has been on the four occasions when St Louis has played Nakamura, Shulman, Ben Finegold and Spencer Finegold. I understand the league wants to attract top players, but there has to be some competitive balance. Only STL can get these 2700+ guys. I know STL didn't make the playoffs due to player availability and Shulman's rough season, but let’s say they had. Then a matchup between a team like New England and St Louis would be very lopsided, especially when you consider how hard it would be to win the blitz playoff in the event of a tie. Essentially to win the match, we'd need 1.5/3 against Nakamura, Shulman, and Finegold. Yikes! Instituting a 2000 minimum would allow STL to use Nakamua, Shulman, Brooks, and a 2000: scary, yes, but not invincible.


I would also change this rule that allows teams to use a year-old rating list. At least make it January of the same year. I totally get the concept of rewarding teams for using top players and underrated juniors, but if it's too extreme it punishes teams that do not have such players. 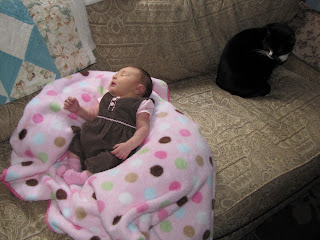 Dave, congratulations to you and your wife for your new baby. She's beautiful.

I like cats too, they smell nice and they go poop as needed not like dogs that u gotta take outside. My cat ran away and it makes me really sad, maybe someone had seen him if u did let me know he kinda loooks like vigorito's cat.

I like this interview because its not cocky. Vigorito gives credit to other teams and players, its not all about me myself and I and look how smart I'm and look how great my team is. Yeah that's what I fuckin call humility. And guess what 9.5-.5 is pretty good record while you gotta deal with a pregnant wife and all that.

Mr. Vigorito is one of my "virtual" chess mentors as I've learnt a great deal from his terrific video lessons from ChessLecture.com. He has always come across as a humble, cool guy with a dry sense of humor. OK, it's just text, but Mr. Vigorito seems to be very happy and even "glowing" in this interview! And it's easy to understand why since he is now starting a beautiful family! Congrats and best wishes, Dave, if you happen to see this!! Oh yeah and go Nor'Easters! I'm gonna go buy some Firejel now. Laterz.