puzzles from the marshall and FDA tournaments 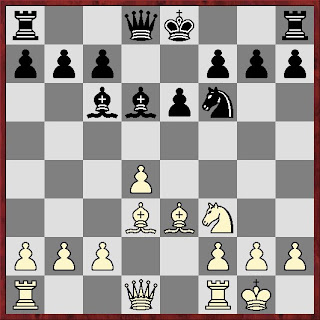 1. In the above position, Kevin Marin blundered with 10. Ne5. How should Vaughn Soso (black) have responded? 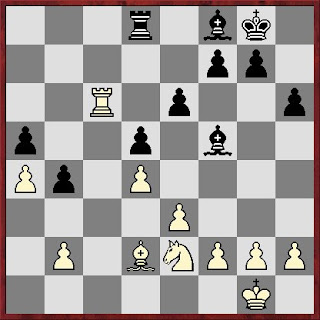 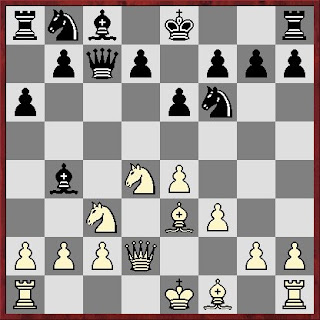 3. James Black was black in this position against Vaughn Soso. The game continued 8...d5 9. Bd3. How did Black now win a piece? 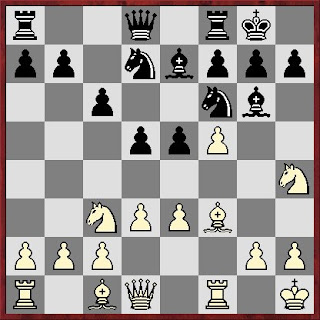 4. Kenneth Martin has gotten his bishop trapped. What should he (black) have done about it? 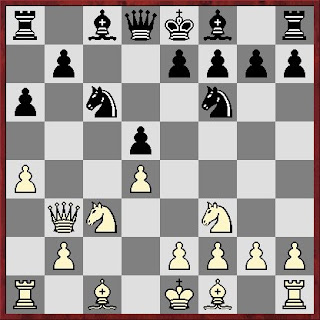 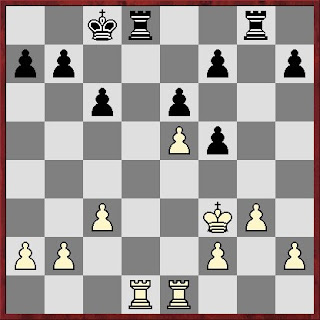 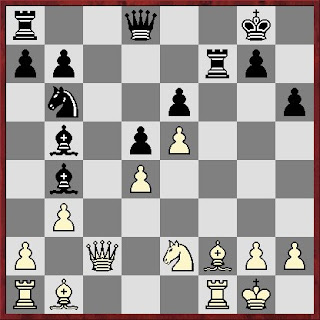 7. David Kim is white in this position, and he found a long forced mate. Try to see all the way until the end. 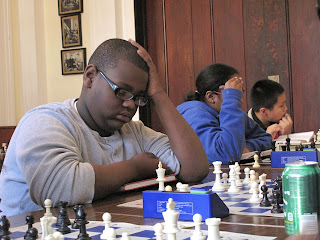 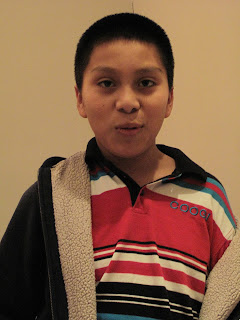 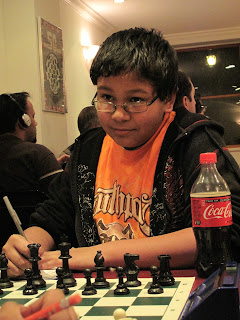 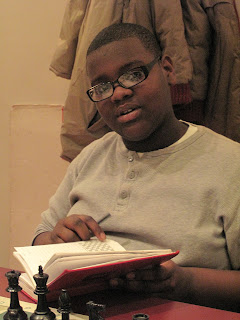 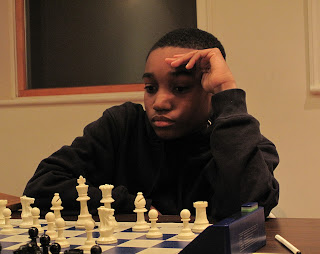 2. We've been doing "improve a piece" exercises in class, so I was happy to find this great example! A nice idea for white here is Nc1-b3, pressuring the a5 pawn. Unfortunately, Avery was too hasty with 1. Ra6, allowing a fork with Bd3.

5. He had seen that 7...Na5 8. Qb4 e6! traps the queen. Kenneth has gained 180 points from his current published monthly supplement. three cheers for Kenneth!

6. The endgane is quite ok for black if he keeps both or one pair of rooks on the board. It's easy to give in the evil impulse to trade when you feel you are losing, as here, when Vaughn's decision to trade both pairs of rooks with 1... Rxd1 2. Rxd1 Rd8 3. Rxd8 Kxd8 4. Kf4 h6 5. g4!  (after which the white king invaded easily) led direcly to losing an (almost) even position.

Thanks for sharing these!