We arrived in Minneapolis yesterday with 55 (out of 57) kids (one failed Spanish and another overslept). We always leave a day early, partly so that we can show the kids a little bit of America outside NYC, but mostly because when you are traveling with such an enormous group, you are screwed if some weather problem forces the cancellation of your flight. If there are 10 of you, they rebook you, no problem, but it's much harder if there are 55 people who have a round to make the next morning.

The first day usually sucks, because we always have morning flights and have to meet at the school at some ridiculous time (3:30 am), and then all day I'm in "NO STOP IT"mode, so by midmorning I feel like a huge bitch and I start to think maybe I'm in the wrong job. It's just that you spend your whole time watching to make sure nobody swings anything over their heads and brains a little old lady in the next seat, or wanders off, or leaves their trash scattered everywhere, or forgets his shoes/belt/brain at security, and everything that comes out of my mouth is stressed-out criticism, yelled over the noise of 55 kids and TSA announcements. Also the kids are very excited and behave like lunatics on plane fuel.


I have a trick I developed over the years that I employ called "15 more minutes." Any time a kid asks me how much longer something is, I say "15 more minutes." It doesn't matter if we are already there or we are 5 hours away. By the time they are in 7th grade, they've realized what's up and never ask me again.


Things will be much better today. They'll play the blitz and bughouse, and I'll hole myself away in my room doing tactics sessions with 3-6 kids at a time. I will praise them and feel like a human being who deserves to live again. Also I slept 13 hours last night and feel like a shiny new person.

The hotel here is nice and there seem to be many places to eat. Gym is $11, which is insane, especially since I have a gym in my own building!! I love my new apartment and living with boyfriend. He made me lasanga the night before I left and packed some for me on the plane. It caused TSA officials to search my bag, but probably out of jealousy.

Here are some more photos of my apartment and domestic bliss: 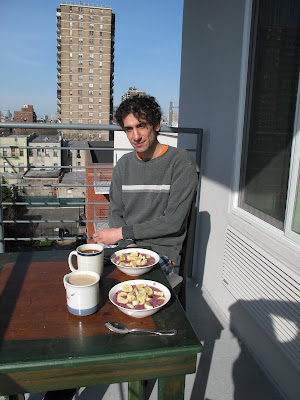 hot fruity breakfast every morning on the sunny balcony! 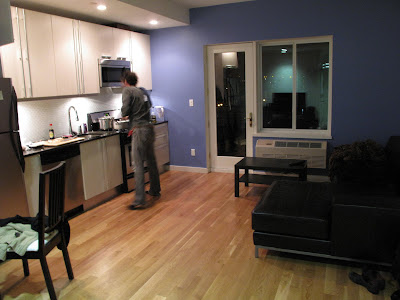 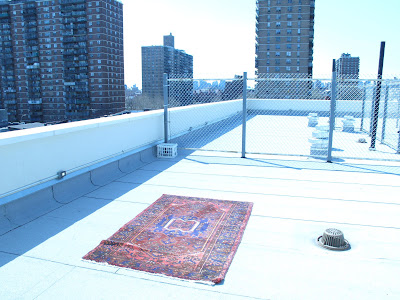 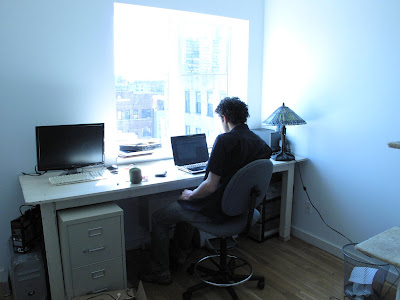 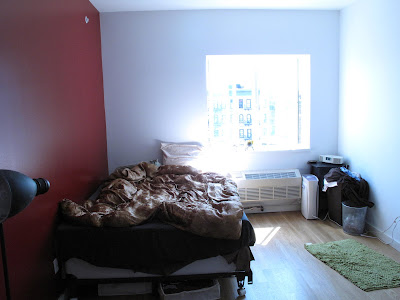 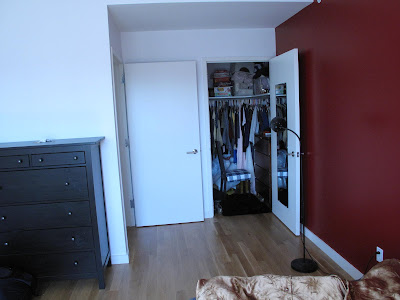 bedroom, seen from the other side 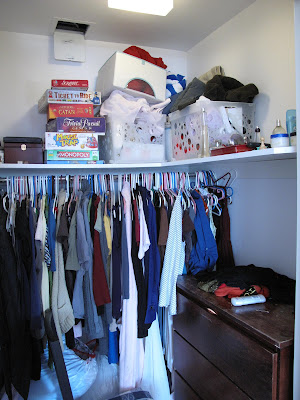 I have a walk-in closet!

Posted by Elizabeth Vicary at 6:48 PM

I already explained this
http://lizzyknowsall.blogspot.com/2010/02/fun-things-ive-been-doing-recently.html

Elizabeth,
Best of Success at the JHS Nationals!!
I know IS 318 , our favorite Brooklynites will be a formidable force.

And you are thinking of having your own kid? One kid is the same as 55 when it comes to constant "don't do that," "don't go there!" etc. Worse when it's your own actually, because the parental instinct to keep the progeny alive is overwhelming. It's exhausting, and it's never ending; at least not for me 13 years running...

you don't know my students

Your new apartment looks great! I wish you every form of bliss.