I am the premier scholastic fantasy chess coach in the country

Every year the US Championship is after nationals, just when the kids and I are both getting bored with serious work, so we spend a fun two weeks looking at some of the best games/moments. This morning we saw Stripunsky's amazing defense against Jaan Ehlvest's rook sac. Of course, we all enter the fantasy contest, and I'm pleased to say that three of my students, Yuxin Zhao, Brian Aguirre, and David Kim, are tied for first for the second day in a row. Last year, Orlando Gonzalez won the grand prize of a Monroi and a board signed by all the participants. I am very proud, even though my team:

In other news, I was called into my principal's office after returning from Elementary Nationals and told I was one of the 6400 teachers slated to be laid off as part of NYC's Department of Education budget cuts. That would be a sad ending to the story, don't you think? I'm not worrying about it because I'm in denial.

Are you looking for a chess coach for your child or school? Let me recommend Matan Prilleltensky, an expert who just moved to NYC from Florida and is studying to be a teacher. He's analyzed with many of my students and is great: very strong at chess, patient, friendly, and clear. You will really like him. Email him at mprilleltensky@gmail.com. 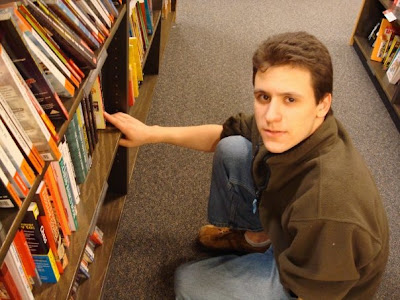 Matan at the library
Look, here's a NY Times article about my building. Also, Steve Goldberg wrote about Rochelle in his Chesscafe scholastic column. 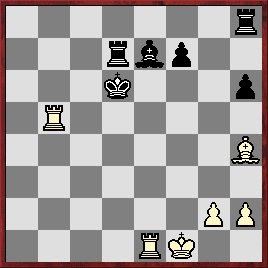 How could Mariah (white) have won in this simplified position? 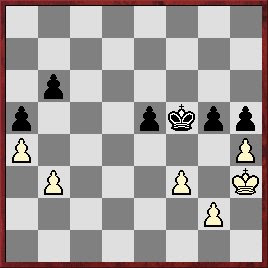 Henry's opponent played 45. g4 here. How should black have responded? 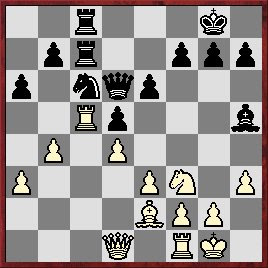 Alex Bradford was black against Jonathan Spinnell. How could black have won material?

A nice article in the economist about optimism and human progress:
THIRTY years ago, Julian Simon and Paul Ehrlich entered into a famous bet. Mr Simon, a libertarian, was sceptical of the gloomy claims made by Mr Ehrlich, an ecologist best known for his predictions of environmental chaos and human suffering that would result from the supposed “population bomb”. Thumbing his nose at such notions as resource scarcity, Mr Simon wagered that the price of any five commodities chosen by Mr Ehrlich would go down over the following decade. The population bomb was defused, and Mr Simon handily won the bet.


In general, things are going nicely for me. Jonathan declared last night Crepe Night and made me dinner. I've been doing a lot of bicycling. My mom bought us a gas grill and Jonathan's parents bought us two superfancy reclining deck chairs: 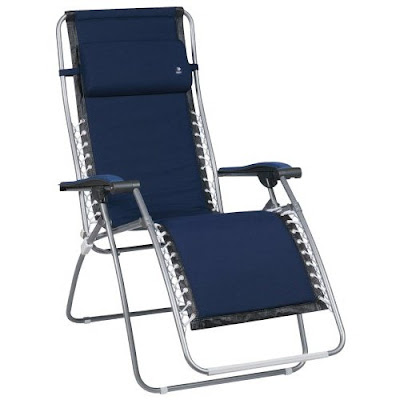 I discovered I was being underpaid by the board of ed and submitted my master's degree documentation three years late, so I get a nice raise. I broke my laptop, but it's only 3 months old and so Dell or whomever will fix it. I decided not to play in the World Open, on the grounds that it's in King of Prussia, but instead will play at the Marshall soon. IS 318 will have Alumni Day on June 19 (noon-5 pm) and I hope to see all my old students. I'm taking some kids on a field trip next Friday to the Whitney Museum to see the biennial.

Sorry to hear about your possible layoff. If the teacher union and bloated administration had not strangled taxpayers for all these years, the outcome would not be as bleak.
Economic reality cannot be avoided forever, even by the government.

Elizabeth,
I'm so sorry to hear of your possible layoff. Cross fingers, sometimes they find money in the budget over summer. You are a great teacher and chess coach and master chess player. I hope you willbe teaching next year.
Best Wishes in all areas of your life. You truly deserve the best!
God Bless,
Cecile

Guess all those laid off teachers should have voted McCain

Private schools might be interested in an excellent chess teacher and coach who can also teach a traditional subject (is English or literature your field?).

Certainly worth trying even though the economy is impacting them too, no doubt.

It's incredible that some random people respond to a potential layoff with political talking points. Really? That's the first thing that comes to mind when an unusually excellent chess teacher is slated to lose her job?

Elizabeth, there's no way this can actually happen, right? Surely your school can stand in the way, given your achievements and track record. Otherwise I agree with Cecile.

I hope that human progress brings a vibrant green economy, with a workable energy situation.

I'm sorry to hear about the potential layoff--not only your own, but possibly 6,400 layoffs. I hope that these layoffs do not occur.

Those are sporty chairs--just right for relaxing after a solid bike ride. I keep meaning to either get my bicycle fixed or get a new (i.e., cheap, used) one, but procrastination has kept me from getting one.

Have a great time at the Whitney!

Like everyone who works in public education, I am waiting for the final budget numbers. Insiders suggest, however, that these numbers are going to be "truly frightening" (a direct quote from two sources), so we are preparing for the worst. It's always best to have "worst case" contingency plans, if only so you can tell yourself later, "Well, at least we didn't have to go to plan D!" This year, we think we may need a plan F, because things are truly F***ed up. I suggest trying to get a jump on everyone else who will be scrambling to find a job when everything comes crashing down. Why be in denial? Plan for the worst and begin acting on it is my advice.

Sorry to hear about your potential layoff Lizzy. Sorry for the kids and for the 6400 others. You are resilient, so I know you'll ultimately transition to something even more exciting.

there is currently no way that
"[Elizabeth's] school can stand in the way, given [her] achievements and track record."
since according to the teachers' contract who gets laid off is based solely on seniority.
To date no one in power in New York City has had the political will to get that changed. So yes it is political.

"Change you can believe in"

What cracks me up is that these political hacks are mis-informed about Obama's agenda vis-a-vis the teacher's unions.


an in depth article about reforming education in this country. Obama seems particularly concerned about the silly K-12 union imposed tenure system.

Perhaps Dick Cheney has a spare cruise missile that he can give you to auction on ebay (sans warhead or course). That where all the money has been going for years. Or maybe BP could fund you for a few years at your school.

Or social/economic system sucks. The rich get richer and the poor get screwed. "Give my you poor, your tired, your hungry. Let's piss on them. That's what the Statue of Bigotry says. Let's club'em to death. Get it over with. Dump 'em on the dirty boulevard."--Lou Reed

Maybe your school district's loss will be somebody else's gain? Ever think of moving to Idaho? Go West!