Chess Camp and the Colle Z 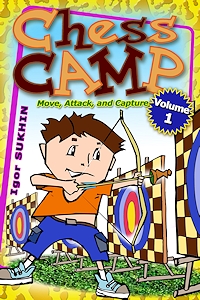 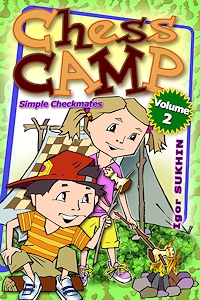 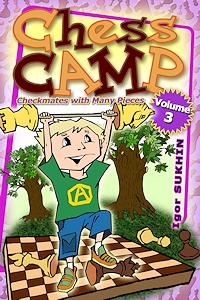 Mongoose Press recently sent me three volumes of a basic checkmate series called Chess Camp, and they are offering a free set to any chess teacher (!). The books are all mate in one problems, ranging from the very simple to the (relatively) complex, with a few nice thematic groupings along the way (checkmates grouped by opening, pairs of positions that look similar but have different answers, etc).There are obviously thousands of checkmate-practice books, but this set stands out for its physical qualities: the books look gorgeous, are hard bound but lightweight, the diagram font is very clear, diagrams have letters and numbers for notation, nice quality paper, and the book when opened is exactly the size of a standard sheet  (= easy to photocopy). The set would make really nice Christmas present for your niece/nephew who is just learning chess. If you're a chess teacher and would like a complementary set, email the publisher at info@MongoosePress.com. 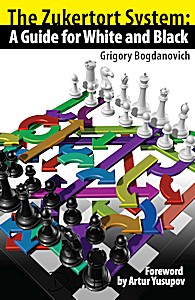 I also just bought their latest on the Colle Zuckertort (The Zuckertort System: A Guide for White and Black by Grigory Bogdanovich). I really like some parts of this book, mostly the way it is organized by plans and how each chapter begins with a summary of each side's ideas. I learned, for example, a nice idea from the section on the Marshall Plan-- that when black sets up his pawns d5-e6-f5, white can try to play c4 and then e4 to break them down. The index of tactical methods and strategic themes is unusually specific and helpful: 30 examples of the battle for the e4 square, examples of knight sacrifices in general, or on pairs of squares (e6/e5, f7/f6/f5, g6/g5, h6/h7), examples where black castles long, "defending the c2 pawn with the move c2-c3," "black advances the e pawn e6-e5," all great things to index. I wish there was an index of moves, too, as the chapter names are intriguing but it's not easy to find a particular variation. Perhaps future editions could include the first 6-8 moves of each variation under the chapter title in the table of contents.
I have a lot of kids who love the CZ (easy to learn, safe, and you get an attack most of the time), and there are a few lines that always give us problems, so I was interested to see what Bogdanovich would recommend. Against the annoying ...g6 + ....d5 set up, he gives a few games, but no real recommendations, except at the end where he says if you think your opponent is going to do this "perhaps you should switch to the Grunfeld." haha, thanks a lot.
Overall, this is a pretty good book--its organization seems like both its greatest strength and biggest weakness. There aren't too many other decent books on the Colle Zuckertort (Palliser's Starting Out: D Pawn Attacks, and Summerscale's A Killer Opening Repertoire for White are the two I like), and Bogdanovich's is aimed at stronger players than these.
Posted by Elizabeth Vicary at 3:01 PM

Thanks for the great tip on the Mongoose Press's Chess Camp series.

Indeed, thank you for that tip Elizabeth!

This is not a comment on the current blogpost, just an item from today's NY Times column by David Brooks that I thought you'd find interesting:
Beautiful women should take up chess. Anna Dreber, Christer Gerdes and Patrik Gransmark wrote a Stockholm University working paper in which they found that male chess players pursue riskier strategies when they’re facing attractive female opponents, even though the risk-taking didn’t improve their performance.

Rich,
the more technical term for that is "hanging pieces".