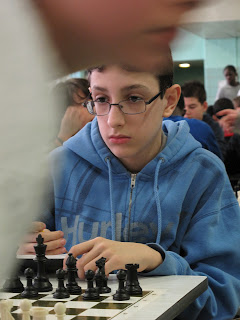 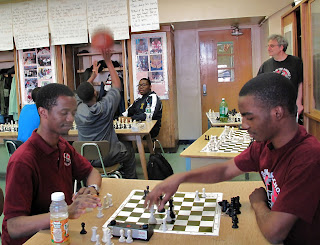 Farai and Azeez play blitz; Rashawn spins a basketball while talking to Pobo; Mitch Fitzko looks in our classroom library. 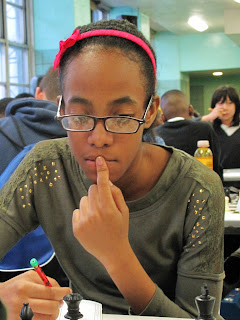 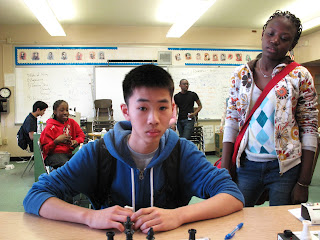 Jack shows me his game. Haby watches. In the back, Alexis is putting his game into Fritz, William is sitting and Avery walking. 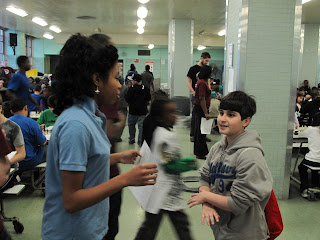 Jacob Barayev complains to tournament director Rochelle Ballantyne that the misrecording of his first round win as a loss means that he must now face a very weak player. 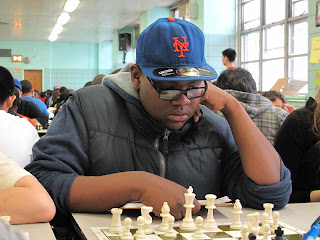 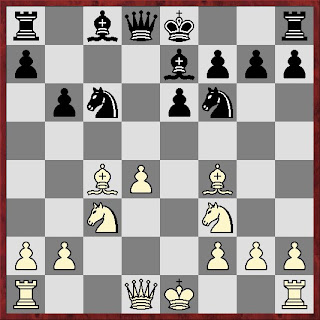 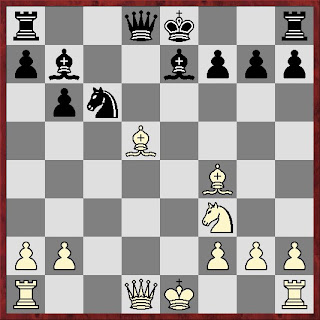 Posted by Elizabeth Vicary at 5:43 PM

Azeez can play a movie about Farai