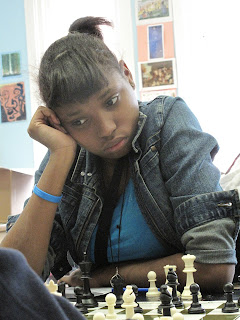 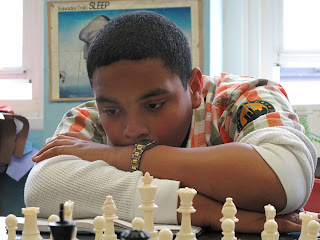 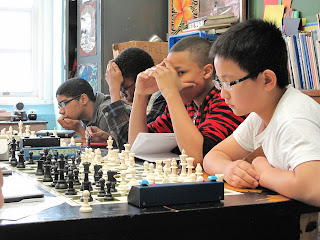 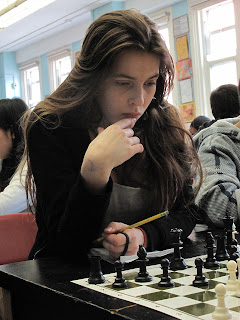 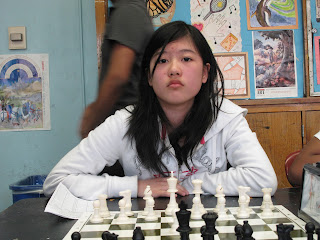 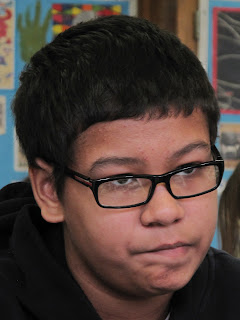 Remember the controversy about the underrated Washington State kids? They use their own rating system, which is fine, but it means their kids win all the under sections at Nationals. Ridiculous situations, like kids with 1400 ratings having USCF ratings of 400 and winning the under 600 or 900 or whatever it is at elementary nationals. Also the best school, Stevenson, won two under team sections two years ago with something like 24 and 24.5 points out of 28-- that's insanely hard to do. They have an amazing program, don't get me wrong-- they've produced large numbers of strong players over many years. My hat is off to them. But they had an enormous unfair advantage in the under sections.
So the USCF made a rule (rule 12.5 of the Scholastic Regulations) 6 months ago that you had to have played 8 games in the 6 months previous to the tournament, or else you had to play up one rating section.
And then Friday, two weeks before nationals start, they change it. Why?
because some people called the USCF and complained. Did they consult the scholastic committee? not at all. They "surveyed" the Scholastic Council and no one objected. (when did not objecting to something become the same as voting for it? what if someone didn't read their email?) What is the point of having a cumbersome democratic process if you are just going to throw it out the window when someone complains loudly? It makes the organization look extremely unprofessional.
It also gets us right back to the original problem: what are you going to do this year about the Washington State kids? They didn't go to nationals last year, but that doesn't mean they won't be there this year or that the problem has gone away. (Again, I have nothing personal against any of these teams and I'm not competing in any section with them. They have tremendous programs. I do not believe they are intentionally sand-bagging or trying to cheat. It simply doesn't make sense for the USCF to have a competition in a rating class with a bunch of kids who are clearly not in that rating class or even legitimately in the USCF rating system.)

new: The current explanation is that "a lot" of people called the USCF and complained. But how many exactly? And how do you know they weren't all from the same team? It would take me sending out one email to get 100 parents to independantly contact the USCF to complain about something, if I told them that something was detrimental to their child. My point is that the USCF shouldn't be governed as "whoever complains the most and loudest wins," and ensuring this is the entire purpose of having a governance structure where everybody gets one vote. Whoever decided to throw this out, demonstrated a lack of leadership and even basic consistency/coherance.
If the problem is rural areas, let's add an exemption for people who live in zip codes more than 50 miles from a USCF tournament. (or whatever version of that you want).
Posted by Elizabeth Vicary at 5:24 PM

I completely understand your point, but actually who cares about under Sections of Nationals? What is the meaning of the National Champion under 1400, 1000, 600 ....?

sure, true, but teaching kids chess is my profession, and my school spends a great deal of money to send the kids to nationals, and so I have some vested interest in the sections not becoming complete shams.

The Under sections, much to the surprise of most, are NOT national championship titles! It is annoying when people announce it as such!

I agree that the "under #### rating" sections don't have the meaning of the Championship sections.

Apart from the debate about the merits of the just-rescinded rule, it looks like there was also doubt that everyone who should know that the rule existed had a reasonable expectation of having learned about it in good time.

USCF also seems to feel that it cannot give credence to a state-run scholastic rating system. It seems like it would be quite equitable to simply use the higher of a student's regional or national rating, in cases like this. It sounds like it would address your big concern, Elizabeth.

I have a contact with a WA coach and the preference there was that the rule NOT be set aside. WA players have heard complaints like yours in the past and figured that this year a lot of work was done by them to make sure that the rule was obeyed and could be referenced when such complaints were made again. Now that the rule has been suspended those coaches are worried that their kids will be harangued without having any accepted response.

P.S. I am guessing that the reason for the suspending is that players outside of WA (WA really publicized the rule) were blind-sided and asked for its suspension.

Should unrated players be required to play Open or Championship sections at national tourns.?

Schools could be honor-bound to use the higher of USCF rating or (alternate system - 100).

My son played a team of Russian kids a few weeks ago in the US. The tournament was USCF rated but among these Russian kids, only a handful of them (2-3 players) actually have a USCF rating. The tournament organizer and the Russian coach didn't shortchange these kids' abilities by simply categorizing them as "unrated", instead, they used these kids' FIDE rating (this tournament was also FIDE rated) as a reference rating and pair them up as such.

Why can't USCF disclose WA's rating as a supplement/reference rating in a National (just note so after that player's name)? Why can't the Nationals be dual-rated (USCF & WA-rated or whatever their rating system is called), too? Other players have the right to know they are playing someone whose USCF rating isn't what it appears.

It's beyond me that a kid would mask his/her ability by signing up under sections of Nationals when he or she knows they are over-qualify for that particular section. Do they want a good game, or a meaningless title?