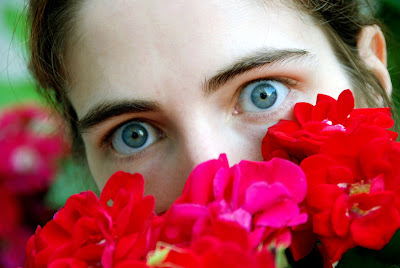 So I lost. I was sad to semi-ruin it for New York, but I enjoyed the game quite a lot and felt that I played reasonably, at least most of the time.

In fact, my sadness over losing didn't last long because Pascal's endgame was so incredible. He appeared absolutely calm and relaxed the entire time, and the combination of that and the fact that I had no idea how I would even start trying to win the position, made me feel like I was watching something amazing, something really far above anything I would ever be capable of.

A few days before the match I looked up my previous Sveshnikov games in Chessbase to try to imagine what Chris would see when he sat down to prepare. Out of six games, I only won one, and that's when I was white. OK, I played up mostly, but still, a record of +0 = 1 -4 isn't easy to rationalize. It occurred to me that I should switch to the accelerated dragon or something like that --something where if you make one mistake you aren't hopelessly, depressingly, strategically lost -- but the truth is that I should just learn to play better.
http://www.uschessleague.com/games/cwilliamsvicary07.htm 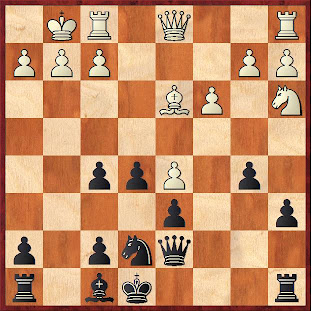 According to Rogozenko, instead of 15. Qh5, white should play on the queenside with [15.Nc2 Bg7 16.a4 Rogo gives 16...e4 here as the best move for black, but I think he's just following the one high level game played in the line. When I was preparing this I started looking at ways to delay ...e4, since I recently learned (after playing the Sveshnikov in blissful ignorance for maybe 10 years) that black actually doesn't want to play ths move. Generally she has to in the mainlines after Qh5 in order to blunt the light-squared white bishop, and ...e4 does have the advantage of freeing e5 for the black bishop or knight. But it also fixes the black pawn structure in an unpleasant way, facilitating white's undermining moves f3 and g4 and creating squares for the white knight on d4 and f4. Additionally, getting the bishop to move off the d file means the white queen defends the d5 pawn. 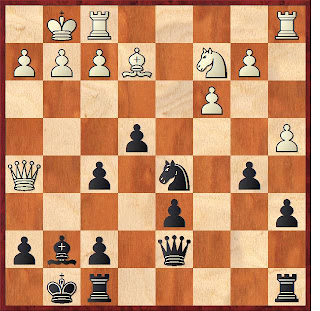 15...Rg8 16.Rad1 Rg6 17.c4 e4 I hesitated a lot here. ... e4 is structurally commital, but I was too curious which way he would retreat the bishop. During the game I expected Be2, the consistent choice that keeps the pressure on b5 and forces me to defend or push it. I was reluctant to play ... b4, even though I guess it's the normal response to c4, because it pushes the a3 knight towards the center. ....Rb8 is tempting, but I had the idea that I would want this rook on the kingside and so didn't want to commit it unnecessarily. 18.Bb1 Bg7 19.Qe2 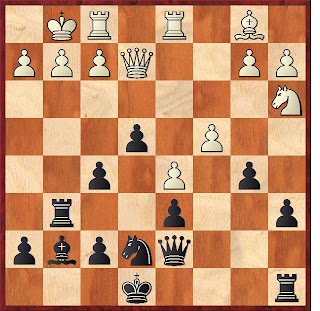 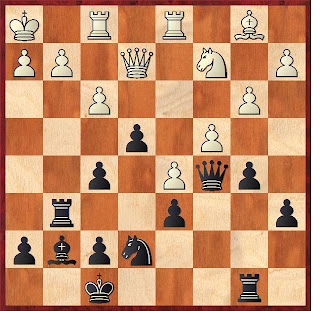 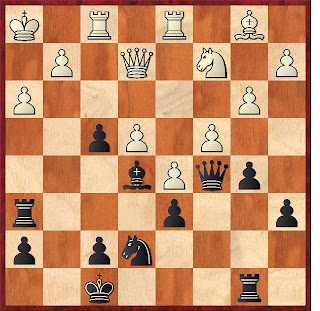 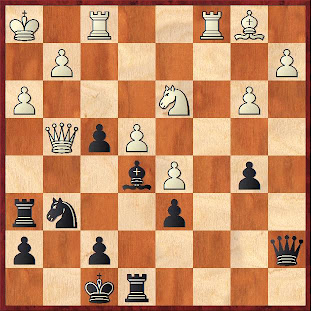 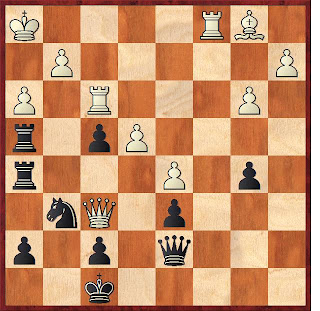 welcome to the ghetto

oh sheet, i think williams uses fritz 10 yo when he prepares, like fritz 10 is sick, and have u heard of chris williams? hes fckin awesome...

Thanks for the annotations, but sorry about the result. You'll win next time!

At least you never got up six pieces...

yo comment number 3, dont delude her yo its mean, lol