amateur team east, round 1: I'm off to a vigorous start! 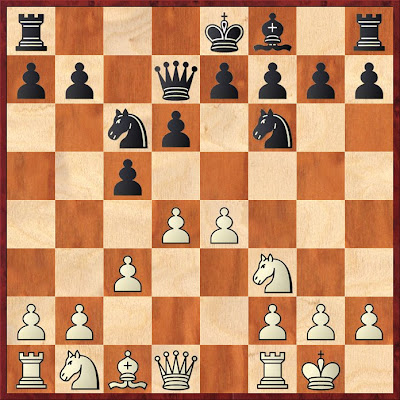 So this is a theoretical pawn sac, it's a pretty fun line, and since it was round one, I was feeling cheerful and optimistic. All tournament, in fact, I was feeling great apppreciation for Dave Vigorito, who basically created a beautiful opening repertoire for me that gives me positions where my opponents have to know some specific, practically unguessable OTB positional knowledge of plans, and it turns out that no one under 2000 ever has that knowledge. It's very nice-- it means that lower rated players --and especially kids -- don't play that well against me.
7...cxd4 Doesn't this seem like a weird reaction? If you are black and going to take a sacrificed pawn, why would you open the position first? But it gets played against me more often than the straight up 7...Nxe4.
8.cxd4 Nxe4 Black can also decline the pawn with 8...d5 9.e5 Ne4 10.Ne1 (white's trying to trap the knight with f3) h6 11.f3 Ng5.
9.d5 Ne5
10.Re1
The alternative is 10.Nxe5 but after 10...dxe5 11.Re1 Nd6 12.Rxe5 it's somehow supposed to be not so great for white.
10...Nxf3+
11.Qxf3 Nf6 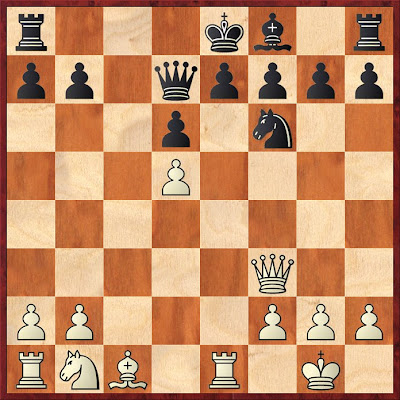 12.Nc3
Now, in all the games I saw, the knight went to a3, but the c pawns were still on the board, so it couldn't go to c3. I figured Nc3 was probably an improvement, but from a3 the knight can also go to c4, which pressures d6, which might become weak after black plays e6 or e5, which he might have to in order to develop the bishop (since ...g6 hangs the Nf6). Also a knight on c4 pressures b6, which might become weak if black is forced to play a6 to defend the a pawn (after, say Be3). But I felt it was ridiculous and monkey-like to play Na3.
12.Bg5 is the theoretical move with the c pawns still on the board, but I played it in a previous game and the guy answered 12...Qg4 and I had to trade queens into an ending that's a tiny bit better, maybe,but I couldn't win it before and didn't want to bore myself in the first round.
12...h6
So here I was kind of searching for a good move. I'm reluctant to play Bf4 or Be3-- they both seemed too commital before I knew how black was going to extradite himself from the tangle, since blocking either the e or f files allows black to play e6 or Qf5 or Qg4. I expected black to castle queenside (maybe kingside, but that would be at least funny to watch) so I briefly considered something like Qd3, which moves that direction, but I felt it's important to keep the queen on the Nf6 to maintain pressure.
13.a4
I figure he's likely to castle queenside, so I prepare a5, or Nb5, or Ra3.
It looks like h3 has been played here, I guess to stop Qg4.
13...e5
14.dxe6 fxe6
15.Nb5 this threatens Rxe6 and Nc7+
15...e5
If 15...a6 16.Rxe6+ Qxe6 17.Nc7+; I was expecting 15...Kf7 16.Bf4 Be7 17.Bxd6 Bxd6 18.Rad1. 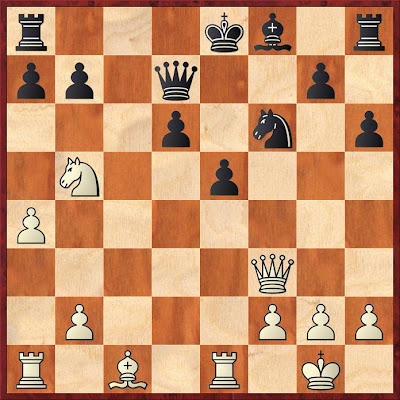 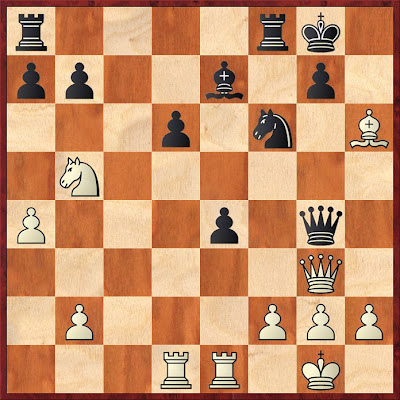 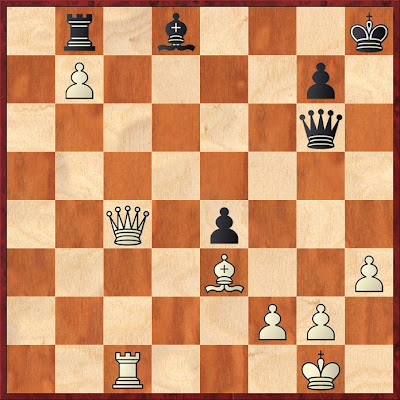 Lizzy, Some of the other chess bloggers use a plug-in called ChessFlash PGN Viewer. Is that what you are looking for?

I suggest searching "chess PGN to html" or "chess PGN to javascript." I tried this and got to ChessFlash and PalView, plus some standalone sites for upload only.

How come so many comments get removed? Is there something personally insulting about a PGN viewer? OK, I suppose if you feel your PGN is particularly unattractive, offensive or you don't want anyone except your most intimate friends to view it, then I understand.

Marc asked a question but had misread my annotation and so, at his suggestion, I removed the purely technical discussion. You didn't miss anything, don't worry.

Thanks so much for clearing that up. Your blog rocks & I was just trying to be funny, but on rereading, my post seems unnecessarily harsh which was not my intent. I also agree with that earlier poster who said he liked your annotation style of actual thoughts rather than a bunch of Fritz regurgitation.

Lizzy, My friend Cliff told me that he regretted not being able to go over this game with you. I am sure he will be happy to see your analysis here. He also said it made him feel old when you called him Sir. I told him that I thought it was Cool! BTW, we went on to win the U1900 section.

Just noticed your question about the "nice replayable chess boards." If you want help with ChessFlash let me know and I can help get you started (and it is all easy after that).