An Annotated Game from Pobo and a Tactic from Sebastian 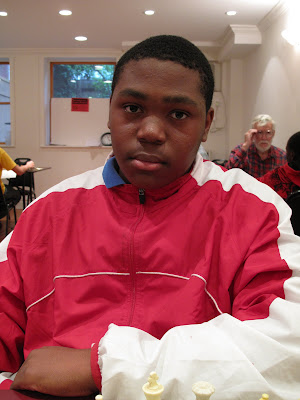 I'm starting a bi-weekly assignment of asking kids to annotate one of their own games. Here's last week's very entertaining homework from IS 318's Student Body President, "Pobama" Efekoro:

So it was grade nationals and here is another game that i played. It was the sixth round and i was hot off the last game that i played the day before. I won this game rather easily but it would be nice if we take a look at strategies throughout the game. Lets go!!!!! 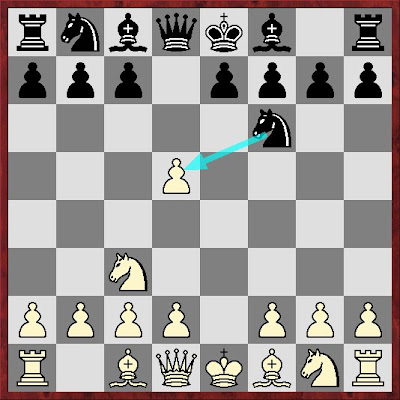 I was lost here. The opening was out of my knowledge. So let us take a look and see what i was supposed to play. It is apparent that i got myself into a Alehkine position. Gosh i hate that defense. Acccording to chessbase im supposed to play 3....Nxd5 4. Bc4. Wait does this look familiar??? Its a line i just learned!! Black then plays Nb6 and his set up goes Nc6 then Bf5 then g6 followed by Bg7 and 0-0. Black should have a pretty good game after this. 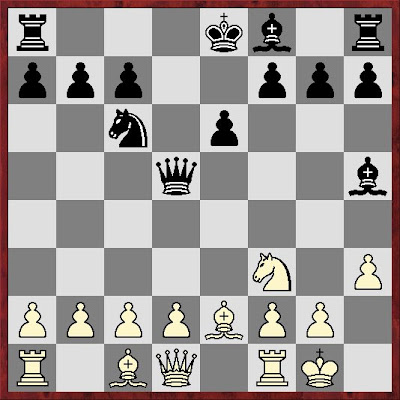 This is typical me. I castle on opposite sides and play for the attack. Right now in the position everything is going right for black. All pieces are developed or can be easily developed. Black also has pressure on d4. Whites pieces look very passive. All of his pieces are not really active. He can easily develop his pieces but his postion just lokks clumped up.
10. c3

I think that he is losing now after this because he wasted two tempos on pawn moves in the last 5 moves or so. According to Mr. Sher i would be up a pawn now.

Everybody obviously knows my intentions. I intend on attacking my opponent to death. This is typical Pobo. 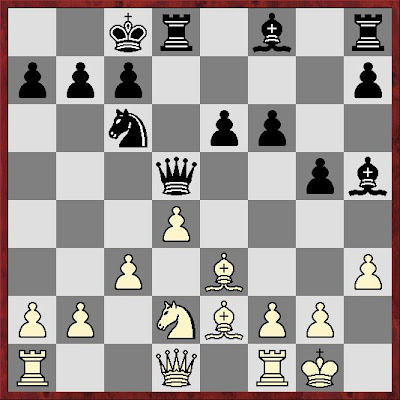 This move is a very passive move. I give this move a question mark becauseit just gives me an extra tempo because of Bxe2 then Qxe2 then h5. 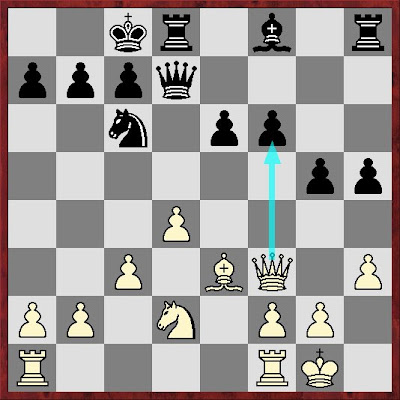 This is a powermove because i essentially told him take it and watch what happens.

Im down a pawn but up two tempos on my opponent.

This is the best move of the game played by me. It opens the position on the king side and attacks the queen at the same time. 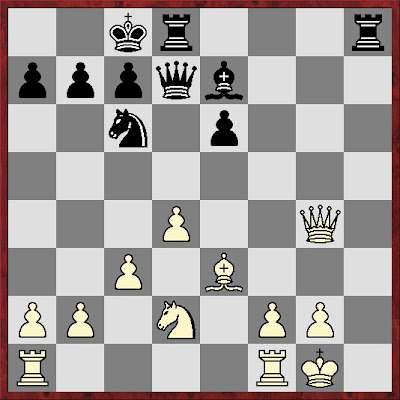 My opponent was a very greedy person.

One more tempo! Rh4 is a powerful move because it doubles up the rooks in a hurry wasting no time.

Another tempo!! The best move for white her was to play f3. Black responds with Rh1 check and white has the escape square f2. The white king runs to f2 where the king is safe. 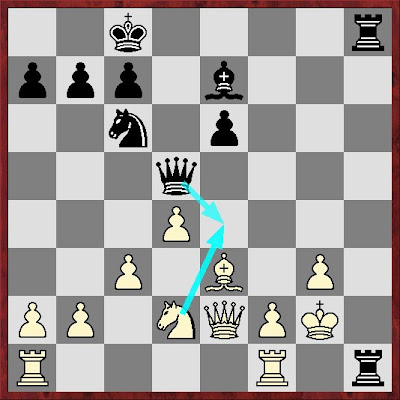 He resigned. His greediness is what got him into this mess. 0-1

a cute tactic from Sebastian 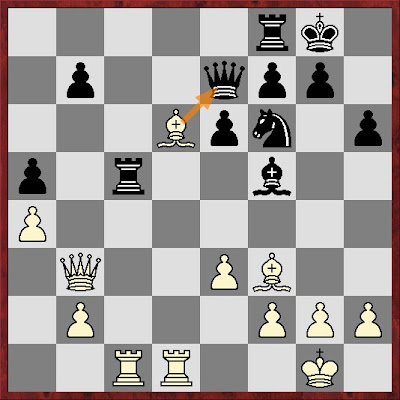 Sebastian was black in the above position today against Eriberto Guzman. White just played 23. Bd6, skewering the queen and rook. Black to move. ... 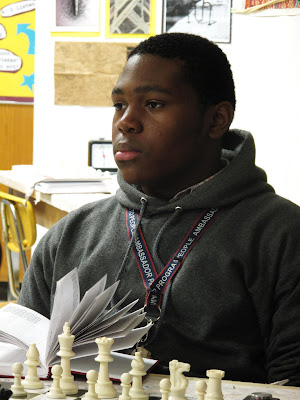 another picture of Pobo to cover the answer 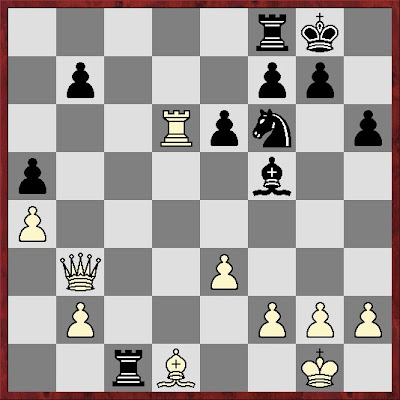 Posted by Elizabeth Vicary at 5:55 PM

A tactic from Sebastian. It should have been 23...Rxc1 and the d6 Bishop goes next..