Hi again everyone! I got my new laptop today, my first laptop ever, and so now the blog resumes. Sorry to disappear on you like that. I have so much to tell you.... might not get to everything today, but I want to talk about Shaun Smith and Kosteniuk, brag about the kids, make a couple announcements/requests about tournaments, and tell you about the Bahamas.
oh yeah, and happy new year.

part one: two people I want to give some props to

I keep being impressed by Alexandra Kosteniuk. I had gotten a good impression a year ago, when she did a benefit simul at the British International School and played Alexis and Ezequiel. I saw her again at her book signings at Grade Nationals.

For the most part, I think introducing kids to strong players usually results in awkwardness. The kid has never heard of the strong player; the strong player doesn't have any interest in talking to the kid, and they have absolutely nothing in common anyway.

But if the kids get a chance to meet a world champion, I figure of course I should make them. I'm a teacher, right? So I go up the elevator and round up the first ones I see, and bring them to the bookstore to meet her. On the ride down, I ask them to think what questions they want to ask her, on the grounds that you don't get too many chances in life to ask a world champion anything you want.

So the kids are all very bashful at first, and then Justus blurts out "What's it like to be a world champion?"

not a great question, right? Really, a hilariously bad question. I'm about to interrupt and apologize, and scold Justus for being stupid, but then Kosteniuk says something like, (and I'm very loosely paraphrasing a whole month later) but something like this:

It felt fantastic when I won, and I was really happy for a while, but the thing is, it's not like you win the world championship and then ok, you're done, you can relax. The next tournament you play in everybody tries to beat you, and you have to play well in every game and prove that you really deserve to be world champion. You can lose at any moment, to anyone, so it's a constant struggle, you have to always try to improve yourself, to raise your level. But this is also what's exciting and it gives you a lot of energy.

I was blown away by this answer. I thought it was a fantastic thing for a talented kid to hear, that, as hard as it is, you have to get used to putting yourself on the line in every game because you will never stop having to do so. And that you can and should use competitive emotional energy to push youself to work on chess: that doing this both helps your chess and gives you something positive to do with the feelings.

Then Azeez asked Alexandra what chess books she liked. At first, she started talking about how when she was a kid, she liked reading stories about chess players, more than instructional books, but Azeez just gave her a blank stare, and then she said she had really enjoyed Jesus de la Villa's 101 Endgames You Should Know and had made flashcards out of the 100 positions. One side of the card had the position; the solution was written out on the reverse, and she quizzed herself on them until she knew all 100.

I'm equally amazed by this second display of question-answering virtuosity: in two sentences, she turned studying technical endgames into a fun activity with cards. wow. I casually say to Azeez, "I'm pretty sure we have that book in our classroom library; let's make flashcards and learn all 100 endgames when we go home," and he says "yeah! great! that sounds like fun!"

also:
Her publisher very kindly sent me a review copy of Diary of a Chess Queen. I'm probably too lazy to review it, seeing as how I'm not close to finished and I've had it for weeks, but I like the parts I've read, especially this bit: 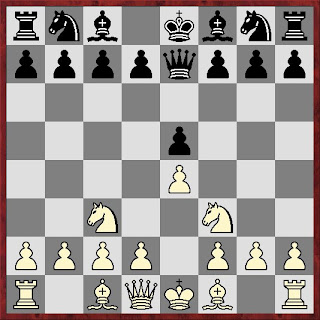 I thought that was pretty funny.

And the second awesome person of the day is Shaun Smith. I'm psyched about him every Saturday when I leave the Chess in the Schools tournaments at 3:45 (before Shaun they used to drag on until 5 or 6).

This guy runs a free rated tournament of 50o kids every Saturday, with only high school kids to help him, in which 4 rounds of game 30 take place with only 15 minutes between each round. The rounds are never late; they make basically no mistakes, and he never gets upset with the insane parents (or coaches/assistant principals).

I do not know how he does it, but my hat is completely off. Also, he's very generous to the kids with time, help, rides, money, and his willingness to try out new ideas, which brings us to....

Are you rated over 1900, live in the NYC area, and interested in playing in a free 3-SS, G/45 tournament next Monday (Jan 18) or the following Saturday (Jan 23) with cash prizes? Get all the info and preregister by emailing (ssmith@chessintheschools.org) or calling (212) 688- 0725 Shaun Smith. Last time, the section had 17 players, including local adult experts Mikhail Sher, Jonathan Corbblah, and Benjamin Katz. so you should come play; it'll be good chess.

Anybody Willing To Play a Match with a Kid?

I've arranged a couple matches for my students, and they have thoroughly enjoyed them and learned a great deal , so I'd like to organize more. I'm looking for players rated over 1800 who are interested in playing a rated match of 4-8 games, something between game 60 and game 120, at the Marshall on weekends, against a kid rated 200 points less than you. The child will be polite, on time, and not annoying. What's in it for you? free chess, an enormous supply of instant karma, and I'll post all your wins on this blog.

ok, I'm stopping now to catch up on some episodes of the office and correct some chess workbooks. more coming soon. please leave me some comments. 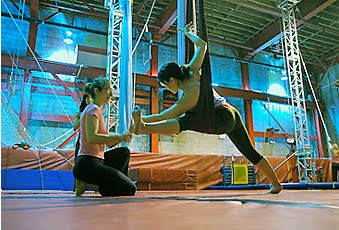 I almost forgot! I need team name suggestions for an Amateur Team. I'm playing with Ana Izoria, Ben Katz, and Stephen Moore. Thanks!!
Posted by Elizabeth Vicary at 5:22 PM

Had to smile at the term 'interview magician'!

Great to have you back.

The chess match idea sounds great (I'm not high enough rated + I have family commitments (3 young children). But it would be great for both students and adults. I enjoy playing kids because of their infectious enthusiasm and high energy levels.

Very, refreshing and nicely written update.
You do great work and Shaun is great.

FYI, I have declared the twitter tag #usate2010 for tweeting about this year's tournament. Y'all join the fun.

May
I
Keep
Victorious

i think its a good acronym (if thats how acronym is spelled). im not sure who is on which board but try to make it a fun acronym :)

what i meant was i think that acronym would be a good name for your team. but depending on what boards each of you are on you might want to change it and maybe make it your own and fun. remember it a team tournament so if your gonna have fun why not have a fun name as well

Last year (in probably my first ever blog post) I suggested "Vicaryous (Vicarious?)Thrills" (using whatever spelling seems most amusing) but you had already picked a name, so I'll suggest that one again.
I have tons of other comments, but lately I barely have time to read your continuously wonderful informative & interesting blog.
A few years ago I had a slogan that "If you don't have a laptop, you don't have a computer.", so be prepared to expand your horizons considerably. I wish I were close enough to NYC to play one or more of those matches. Keep up the good work.

Thanks for this post about Alexandria. Once upon a time she or more likely her management was trying to push some sort of sex symbol vibe and I'm glad to know that she is actually pretty considerate.

Suggestion for a team name - use the initials from your first names:
LABS (Liz, Anna, Ben...)

I appreciate your post, Elizabeth, thanks! I just "tweeted" it to more than 10,000 people on http://twitter.com/chessqueen , I hope they all come and discover the great things you do for chess.
Best wishes to you!
Alexandra :-)

How did the make-up match with Team Wu go tonight?

Board 5 player from the first match with them.

Sorry to hear that, did you actually show up for the 7pm scheduled time only to find out, that there was no match?
Who was in the final lineup in addition to you, Ben, Alexis and Dale?

Please give me some advice on lesson plans.

3-4 are rated about 1000. A few are still learning the rules, and the others are in between.

I have them once a week for an hour.

Next week is my first class and I don't know what to do.

Thank you for your time.

I don't know about your other two readers, but I noticed your absence.

yeah, I know, not an overwhelming attempt at a comeback... I don't know what happened... time sped up somehow, plus I started seeing someone and then I got a stomach virus. now I'm skipping the Liberty Bell to play paintball on Long Island, but I definitely 100% will be writing a chess-puzzle post from the big Martin Luther Day kids' tournament on Monday night.

Your observations about the different versions of The Office reflects different senses of humor and a completely different aim. The UK show really stuck to the premise that there was a outsider filming the goings-on of this office. It captures all of the little cruelties of life. It isn't as funny because it is more of grimace inducing humor. AdultSwim reran them recently. Ricky Gervais gave a short intro and these gave a lot of insight into the series: David Brent isn't so much evil as he is insecure, a little vain and desperately wants to be "well liked." The American version is much more over the top - more slapstick.

actually, british office is objectively superior. a far from exhaustive list of reasons:

- it took american office approx. 50 episodes to accomplish the same story arc british office accomplished in 14.
- the climax of british office (the cab scene in s03e02) was essentially split up into two scenes in the office, neither being CLOSE to as effective or emotionally significant as the original.
- s04-s06 of american office has been unrelenting sophomoric drivel; it's literally mentally painful to watch.
- the character of pam is a gratingly insipid excuse for a human. why does she play the female love interest? who could love somebody so god damn worthless? dazed and confused in her top five films?! DAZED AND CONFUSED SHOULDN'T EVEN BE IN SOMEONE'S TOP FIVE LINKLATER FILMS. WHAT SORT OF A PIECE OF CRAP IS SHE SUPPOSED TO BE?!?!?! DAZED AND CONFUSED?!?!? ARE YOU FREAKING SERIOUS?!?!?!? HAS SHE EVEN *SEEN* SLACKER?!?!?!
- there are dozens if not hundreds of continuity errors in american office.
- british office is subtle and clever whilst american office is retarded and slapstick. if 10 year olds find something funny, you can almost guarantee that it's not.