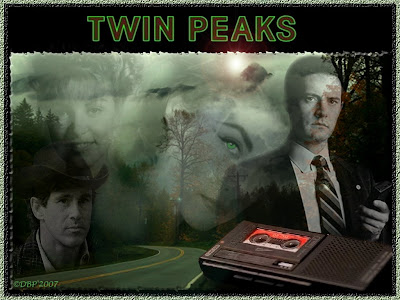 So yeah, the World Open, soon, but what I really want to talk about is Twin Peaks. I was watching it on VHS cassette last night, and previously I had always thought "how amazing that this show was made in the 80s," but this time I thought "there is no way this show could be made today." And that's not the prelude to a whiny rant about the stupidity of television these days. Actually, I think a lot of great television is being made these days and that television should be much better than movies. It's just a richer format. People form long-term emotional relationships.
But back to my thesis-- "Twin Peaks could not be made right now."
Look at the great tv shows of the last 10 years: Seinfeld, the Simpsons, Law and Order (SVU), The Office (American version), Sex and the City, the Wire, the Sopranos, 6 Feet Under, Lost. (I haven't seen the last three.)
What do they all have in common? They are all primarily character driven. The characters determine the plot is what I mean, not the other way around. There is no interest in either cinematography or style for its own sake. When either is featured, it is always in the service of character development or to set the mood for a good character interaction.
.
Because of their importance, it's natural that the characters (these days) are exceptionally well-developed. What's also (but maybe not necessarily) true is that modern characters are almost all written to be believable/ familiar.* The Simpsons are funny because you know a kid like Bart.
It might be hard to imagine a TV show that isn't like that, just because it's so ubiquitous these days, but let me suggest some:
.
Murder She Wrote was mostly about the genre of mystery,
Macgyver was mostly concerned with being brilliantly DIY,
BayWatch was about being sexy**,
The Adams Family was about being Goth.
The Twilight Zone was about ... I don't know, but you get it.
A lot of shows were probably really plot-driven.
.
And Twin Peaks is a very stylized show.
--very interested in creating memorable still shots.
--fine with tangents that would 100% be cut these days-- there's one in which a lawyer is standing in his older brother's jail cell and he thinks back to when they were kids, lying on bunkbeds, and this little girl danced for them. You see the girl dancing and hear the record she's dancing to for a long time, at least a minute.
-- ok with characters who are completely implausible- not just underdeveloped or badly acted, but intentionally weird and unrecognizable.
.
I'm kinda half reading a book like this-- A Sport and a Pastime. The language couldn't be written today: "Past and haunting images of France, reflected over and over like facets of an inexhaustible stone. I walk through the silent house, the talls rooms chilled with wintr light, the furnishings crossed by it, the windows. The quality of stillness is everywhere. There is no single detail that provides it. It exists like a veiled face."
.
I guess the thing they have in common is being self-consciously arty?! And maybe that's not ever done in popular culture now?
*it's possible Seinfeld has the least realistic characters, but that was also one of the earlier shows
** Honestly, I don't know because I never saw it, but it seems like that, second-hand.
Three amusing moments from my World Open games....
White to move 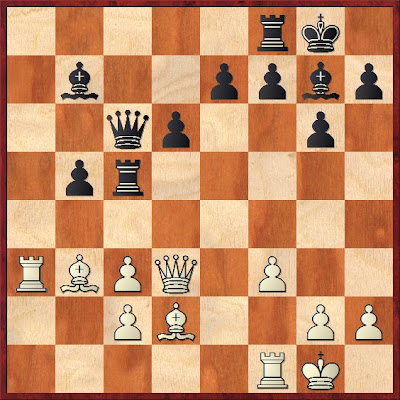 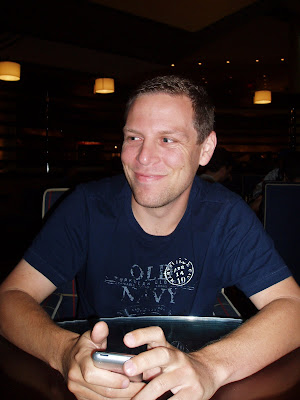 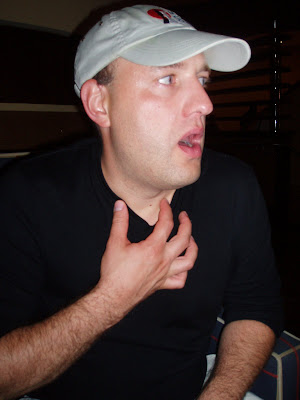 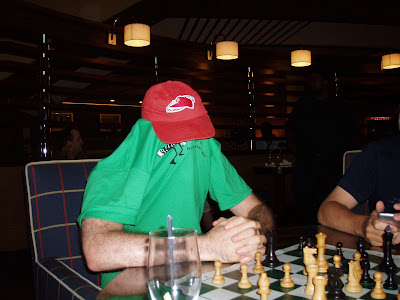 PS I like my CLO article (http://main.uschess.org/content/view/8544/468), except I say the words "really enjoyed" way too many times in the beginning.
Posted by Elizabeth Vicary at 10:53 PM

will you post complete gamescopres from, your tournament? Would be very interesting as well.

Just scroll down and have a look at all the pics, then You'll find the answer who the Green-T-Shirt-loving guy is...

[Sometimes the Green T-Shirt may be just barely visible under a black sweater at the beach :) ]

...or just hit the link to "really enjoyed" .The answer will be right there...

At 32 I shouldn't feel too old, but when you said that Twin Peaks came out in the 80s, I almost died of old age right then and there.

So I got out my complete box set... and discovered that it was made in 1990. I guess that is pretty close.

Given the big FU to the audience David Lynch gives at the end, I guess it is no surprise shows like that are rarely made. I see it as a case of TV execs reigning in Lynch's art-house tendencies just enough-- while Lynch is expanding TV's format just enough to make it great.

My wife adn i have been going through our Boxed DVD set of TP. What i really liked and completely forgot about was David Decovney ( of X-files fame) playing a cross dressing FBI agent.

It was great to see you at the WO. I'm sorry my daughter never took the time to get to say hi and have her ANy of her games analyzed by you. She was too busy with her freinds. Hard to tell a 14 year old what's in her best interest. Thanks for the offer though. Maybe next time.

You do realize that this is a completely different green t-shirt than the one in the other photo?