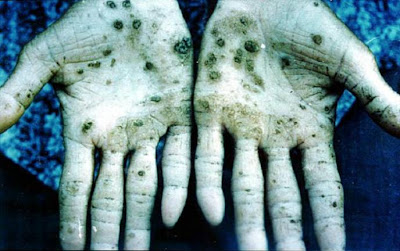 That law requires communities to deliver safe tap water to local residents. But since 2004, the water provided to more than 49 million people has contained illegal concentrations of chemicals like arsenic or radioactive substances like uranium, as well as dangerous bacteria often found in sewage.
....
In response to inquiries submitted by Senator Boxer, the E.P.A. has reported that more than three million Americans have been exposed since 2005 to drinking water with illegal concentrations of arsenic and radioactive elements, both of which have been linked to cancer at small doses.

In some areas, the amount of radium detected in drinking water was 2,000 percent higher than the legal limit, according to E.P.A. data.

But federal regulators fined or punished fewer than 8 percent of water systems that violated the arsenic and radioactive standards. The E.P.A., in a statement, said that in a majority of situations, state regulators used informal methods — like providing technical assistance — to help systems that had violated the rules.

But many systems remained out of compliance, even after aid was offered, according to E.P.A. data. And for over a quarter of systems that violated the arsenic or radioactivity standards, there is no record that they were ever contacted by a regulator, even after they sent in paperwork revealing their violations.

Those figures are particularly worrisome, say researchers, because the Safe Drinking Water Act’s limits on arsenic are so weak to begin with. A system could deliver tap water that puts residents at a 1-in-600 risk of developing bladder cancer from arsenic, and still comply with the law.
read more

That freaks me out.

In other news, I'm starting a photography class tonight (2 hours every Tuesday night for 10 weeks), and flying to Dallas with 28 kids for Grade Nationals tomorrow morning. We are meeting at school at 3:15 am, if you can believe that, to get on a 6 am flight. We'll play in the 6th, 7th, and 8th grade sections, and I'll hopefully have pictures, quizzes, and stories for you next week.

Posted by Elizabeth Vicary at 10:42 AM

Good luck with the kids!

The (unsourced--"researchers") bladder cancer number seems very suspicious to me. I happen to have worked with a state environmental commission on arsenic levels in small water systems. The current EPA arsenic standards are one tenth of the old ones. There was a gradual tightening over several years and a "waiver" program to delay implementation for small systems, but every one must comply within a couple more years. My understanding was that even the old levels were only estimated to cause single digit levels of cancer per million people.

We eggs don't die from arsenic. Just more proof of our genetic superiority.

We must all work for clean water and enough food for everyone.

Have fun here in Dallas! I am sorry we are having such cold weather, which I write as if I could take personal responsibility for it.