does anyone else feel like politics are getting weirder and weirder?

there was an article in the economist 2 weeks ago (I'm still catching up: they get delivered to school and I was away): 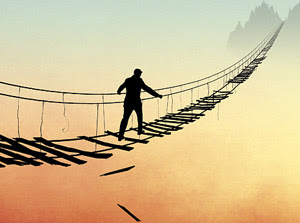 LAST year it was banks; this year it is countries. The economic crisis, which seemed to have eased off in the latter part of 2009, is once again in full swing as the threat of sovereign default looms.

on a higher sanity note, take a look at this senatorial candidate's website devoted to abolishing filibusters. I hadn't considered it before, but I think I agree with him. you guys?

Posted by Elizabeth Vicary at 4:28 PM

When everything the government does is wrong, a filibuster becomes the country's saving grace.

democracy is nice,but the country is also founded on political checks and balances. it's not simple majority rule for a reason-- ok, except in california where a one-time popular referendum can literally amend the state constitution to "ban" gay marriage. hey that's democracy too.

think about it Ms. Vicary. thx.

Liz so you're for mob rule?

The filibuster is an important check on the power of the majority and allows negotiation to take place. I didn't hear any democratic senators calling for the filibuster to be removed when repubs were in the majority.

The beginning of facism is when those in power try to remove the avenues of checks and balances. these same people are trying to overule the supreme court...does one ideology really deserve this much power???

I agree with the peanut gallery. Filibuster = good. Change is sometimes obvious but it's good that it takes a lot of time, even if it's frustrating as hell to watch everyone suffer through it.

Don't get me started on politics, I'm still upset they let women vote.

You're assuming that what the filibuster is obstructing is a positive piece of legislation. (Positive for the american people and not lobbyists). I argue that this is rarely the case.

I assume nothing. You assume that the legislation is necessarily negative/bad. If that is true, our representative officials should simply vote "no" on the legislation and get it off the table, rather than delay with a filibuster.

Hmmm...you have a point. Nevertheless I think history will support me when I say that most government legislation only makes matters worse. Any mechanisms which exist to stop the passing of legislation should be used to the maximum. Whether that be by filibuster or just voting "no."

"Nevertheless I think history will support me when I say that most government legislation only makes matters worse."

Examples? 'Cause I got about a half a ton to disprove you.