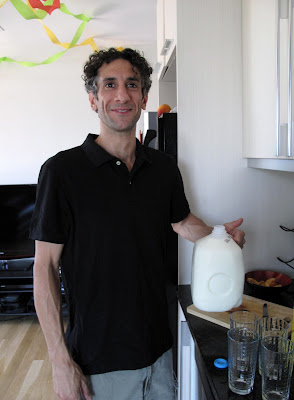 At the beginning, Jonathan holds the gallon of fresh skim milk confidently. 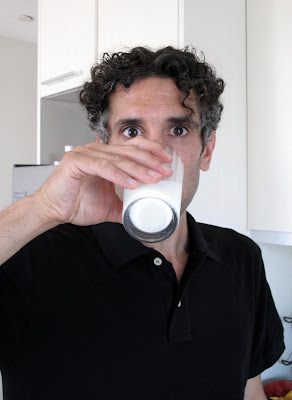 The eyes of a winner. 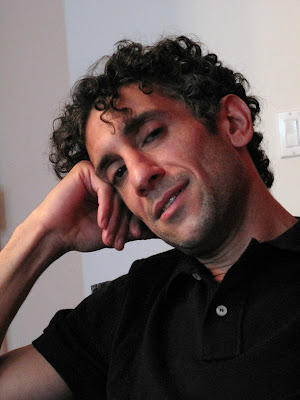 after 30 minutes and half a gallon, the tide begins to turn: "I feel like I'm sweating inside my body" 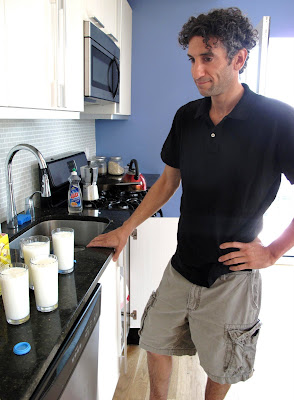 Jonathan has 10 minutes and four glasses of milk left. He tries valiantly but does not make it. The later photos are too awful to post.
I arrived tonight in Dallas with Justus and James for the US Chess School. They were foolish enough to bet me they could eat 6 saltines in a minute. They compounded their poor judgment by accepting a double or nothing challenge (for some reason they thought crushing the saltines in your hand before putting them in your mouth would help) and they now owe me 100 tactics problems each and a public admission of my greatness.
Posted by Elizabeth Vicary at 7:57 PM

At least he didn't challenge you to a blindfold chess match! Oh...wait...

Your boyfriend is SUPER CUTE, I approve!

At least he gave it a good try. It's a sign of your intelligence, if not quite a public proclaimation of your greatness, that you've managed to be on the side that issues the challenges and not the side that accepts the impossible challenges.

he's even cuter on the inside!

But did he barf? That's what we all want to know.

Thanks for not posting the awful photos.

I'm wondering what this sudden spate of ingesting contests you're involved in says about you?

of course he did!
I think it says I like to win bets