Photos and Puzzles from Mayor's Cup; the Brooklyn Castle website! 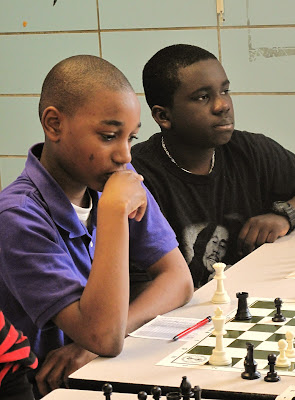 James, in the process of  "converting" his second round endgame from lost to winning. 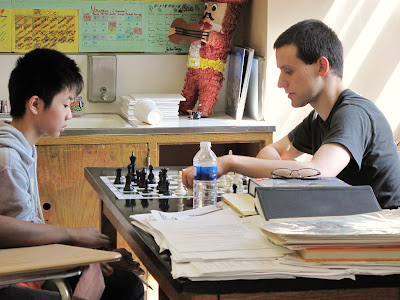 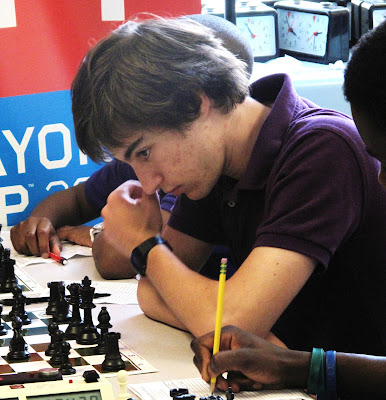 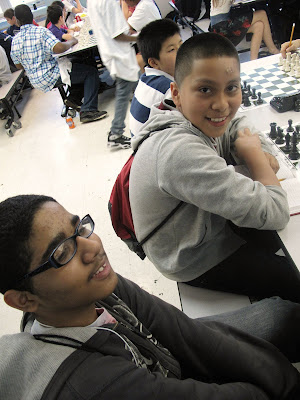 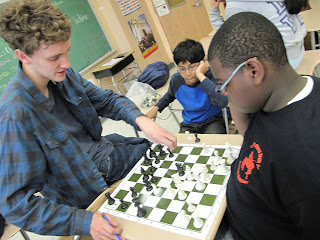 Jake Miller (who was accepted to Harvard next fall!) goes over his game with 318's Kenneth Martin. 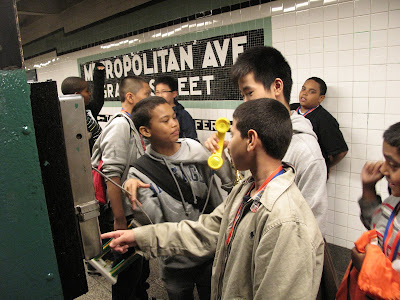 on the subway going home 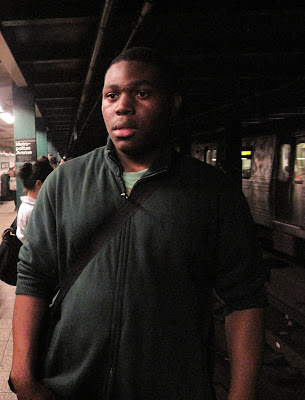 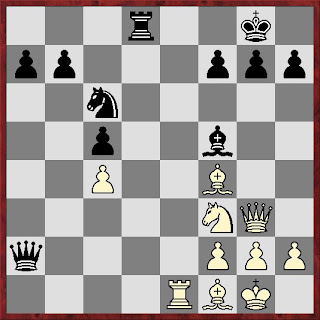 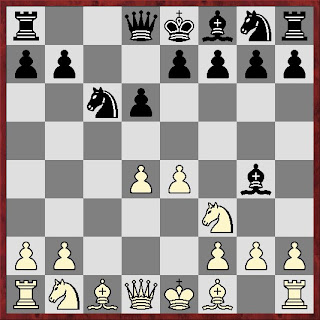 2. David Kim is white against Ashanti Murray; what's the trickiest (and best) move for white to play here? 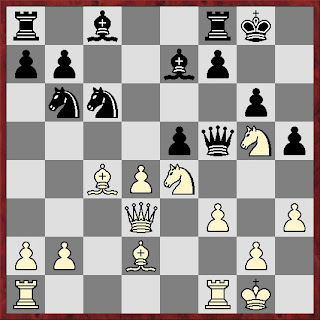 3. David is white here against Jonathan Williams. He played the clever 1. Be6 Bxe6 2. g4 but missed the saving 2...Bc4. How does white win brilliantly in the diagrammed position?


The website for Brooklyn Castle has launched!! I love the bios of Greg (Chess Heroes) and the main characters in the film (About).

What if Black plays Bd7, guarding the Bishop and the mate on e8?