I took this on a one day trek in the hills around Inle Lake. It was the rainy season when we were there, which meant that the colors in the hills were extremely vivid and beautiful, but also that we were wading through mud most of the way. A cave in the hills near Inle Lake. 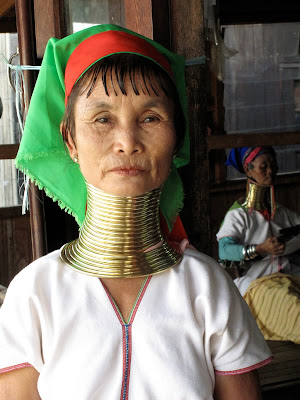 a "long-necked woman" from the Karen tribe.  The necklaces are slowly added to a woman's neck from age 9 to 19, and can't be removed later in life (neck muscles atophy). There are several explanations for the purpose of the rings: protection from tiger and snake attacks, beauty (it makes you look more like a dragon), and protection of a family's wealth (you can't steal the rings). 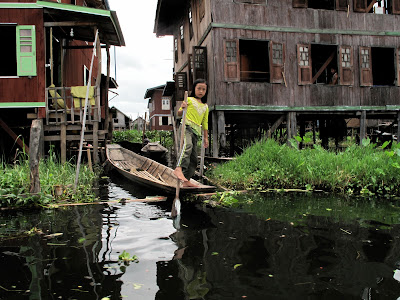 a kid canoeing on Inle Lake. Kids who looked like they were 5 or 6 were canoeing around like it was nothing. 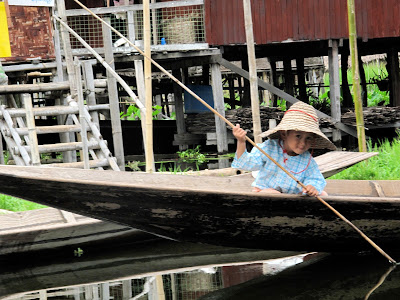 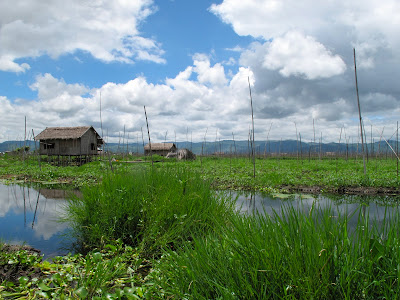 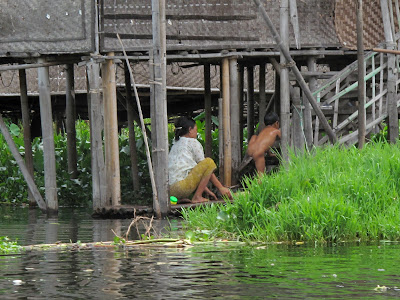 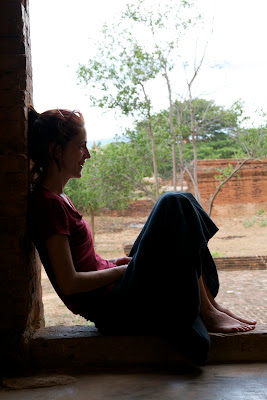 in a doorway in Bagan. Bagan is a plain about the size of Manhattan, with 4,600 pagodas dotted all over. We stayed here for five days and bicycled around, exploring. About ten of the pagodas were large and famous, but the fun part was stopping randomly and exploring whatever looked interesting to us. The whol district, which emcompasses 3 small towns, Old Bagan, New Bagan, and Nyaung U, seemed to have a total of about 20 Western tourists. 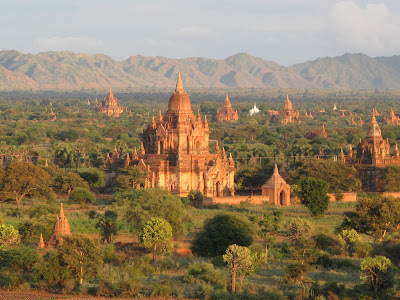 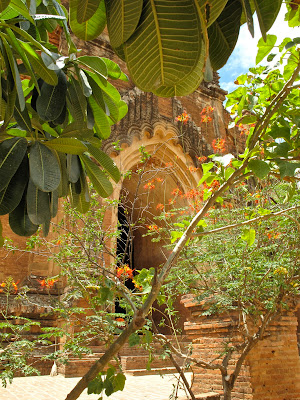 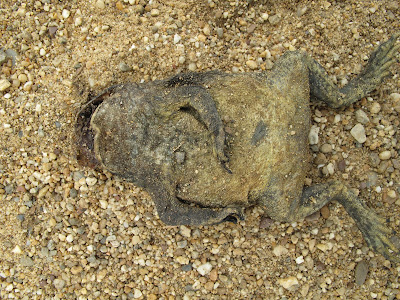 a dead frog in Bagan 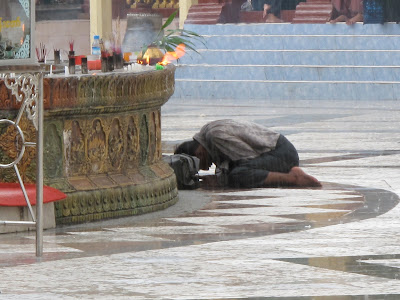 at Shwedagon Paya, the largest and most famous zedi (=stupa, Buddhist place of worship) in Yangon. It's raining quite hard in the picture. 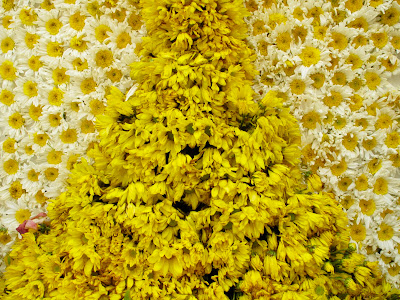 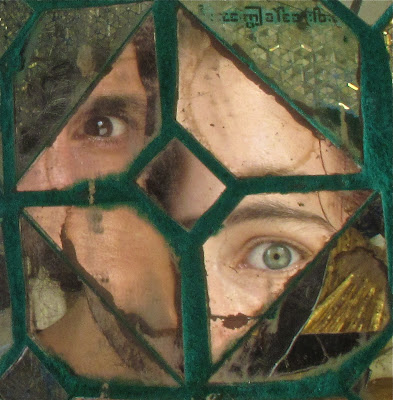 a reflection at Shwedagon Paya 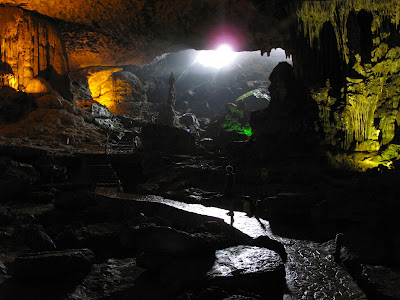 in a cave at Ha Long Bay. You can see Jonathan if you look very closely. 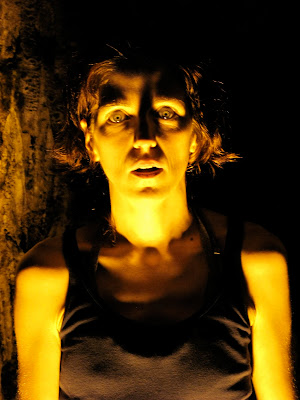 me, taken by Jonathan in a cave at Ha Long Bay, Vietnam 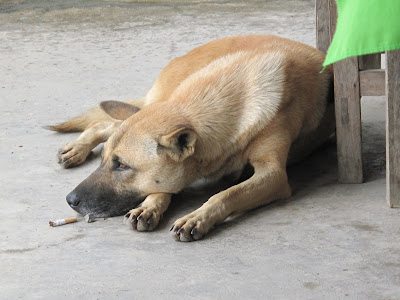 a dog, almost smoking, in a cafe in Nyaungshwe, Myanmar. There are thousands of stray dogs in Myanmar.

also more gorgeous wedding photos from the ubertalented Nina Yoh!
Posted by Elizabeth Vicary at 7:34 AM

Looks like a great honeymoon. Did the frog turn into a prince before he died?

Great pictures! It looks as if you had a one-of-a-kind honeymoon. I especially like the reflection picture, a really cool trompe l'oeil composition.

The Karen "long-necked woman" in the background looks even scarier than the one in the foreground. What if they ever need a tracheotomy?

I know one should accept other cultures without judgement, but that picture really makes me wince.

1st dead frog that I ever saw. Awfully long trip to look at a dead frog, wasn't it?

Great photos! It's fun to be able to go to the places of interest, even if they're not "in the guide".