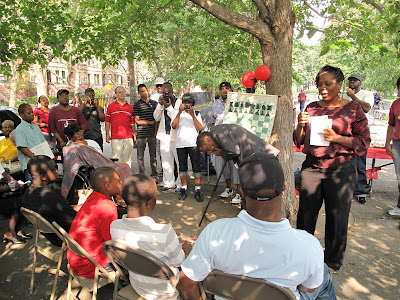 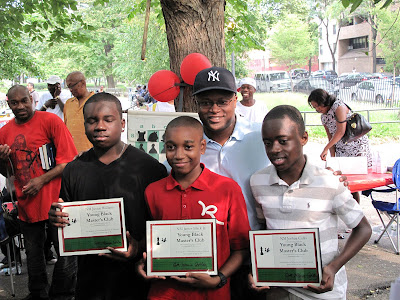 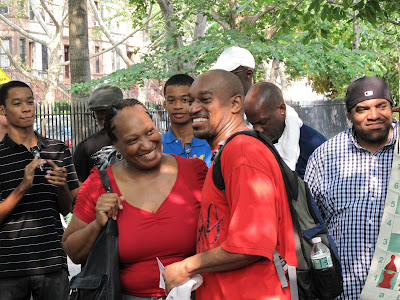 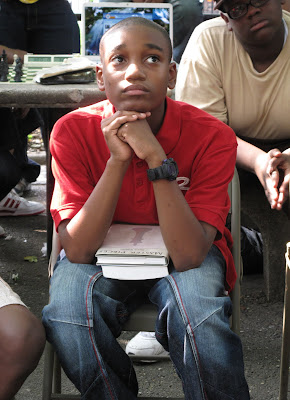 James listening to one of many congratulatory speakers, who included his teachers (Al Freeman, Tom Haggins, myself), his former teammate Nigel Bryant, Guy Colas, GM Maurice Ashley, Stuart Chagrin, and representatives from the many parks where James plays. 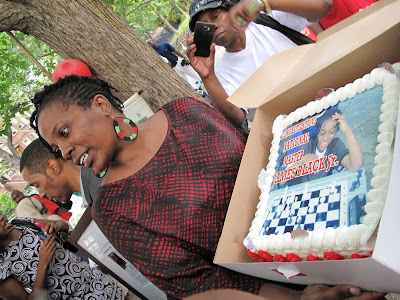 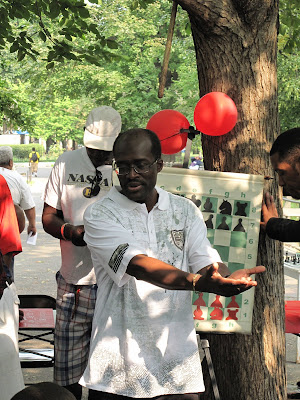 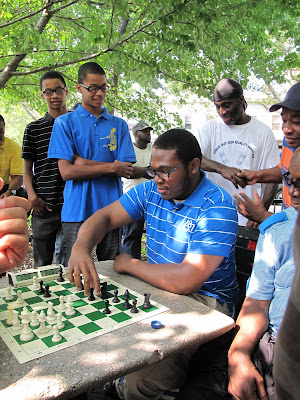 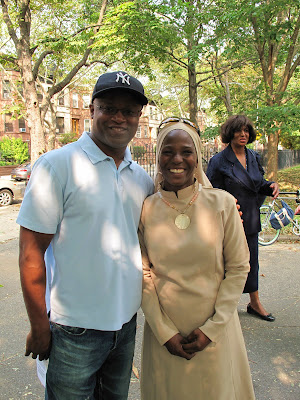 Maurice Ashley with Supermom Rose Williams
I'm also very pleased to announce that both James and Justus will be playing in the World Youth in November!

These were my remarks:

Thank you. I’m very honored to be asked to speak to you today. I’m also very honored, and consider myself very lucky, to be thought of as one of James’ teachers.

We’re here today to celebrate James’s accomplishment of making master, and I take my hat off to him. It’s an amazingly difficult thing to achieve at any age. Someone commented to me one that it’s harder to become a chess master than to get a master’s degree, and I think that’s right.


James broke 2100 for the first time in May 2010. He slowly gained points, and in December was up to 2174, before falling back down to 2140. All spring, he was tantalizingly close to 2200: he would be with in 5 or 10 or sometimes 1 or 2 points, and then go 3 out of 4 at the Marshall and lose points. Imagine how frustrating that must be, and then add to that frustration the fact that everyone is watching you, asking how you did, expecting you to already be there.


For more that a year, James studied, solved tactics, played, analyzed his games confronted his own mistakes and misunderstandings, and did not give up.


In the last year he has played 65 tournaments and 301 rated games, most of them at slow time controls. He plays in tournaments until 11 o’clock at night, and then gets up early every morning to do 30 minutes of tactics before school. He comes home and studies more, or has a lesson, or plays a rated game. His coach, Alex Stripunsky, tells me James always does more homework than he’s assigned. I see, when James shows me his games, how carefully he has memorized all the opening files and theoretically important games that Stripunsky has given him. Nobody but James and his father know how many hours of work he has put in, but I know it’s a lot.


He has worked so hard, so patiently, for so long, and that is what I respect the most about James.


I also want to take a moment to honor both of James’ parents, but especially his father. James Black, Sr. I have never met a parent more devoted to their child than James is to his son. It’s my impression that James Sr. spends every waking moment he is not at work with his child. When I meet the kids at 7:45 on Saturdays to go to tournaments, Mr. Black is in the schoolyard, playing handball with his son. He’s at the Marshall on weekends, making sure James doesn’t rush through his games. He came up to Saratoga at the last minute for the State Championship and slept on the floor of his kid’s hotel room, just to be there for his kid. I hope one day to be as loving, as stable, and as present of a parent as James Sr. is for James.


I’d like to thank everyone for their kind attention, and to thank Adia and Sean for organizing this wonderful party.

Posted by Elizabeth Vicary at 10:01 AM

Great seeing you there Elizabeth. The celebration was really a moment in time I enjoyed experiencing. Thanks also for reposting your speech as I could not hear most of it over the din of the crowd. Most of all thank you for being- PERIOD.

It's exciting to see people succeed through hard work and focus.

Bravo James! What a special student and person.

congratulations james. you are an inspiring young man. elizabeth - your work in that school inspires me to run my elementary chess club in my community.

Wow, I get so much love from this blog, thank you guys!

I wish I could have been there!