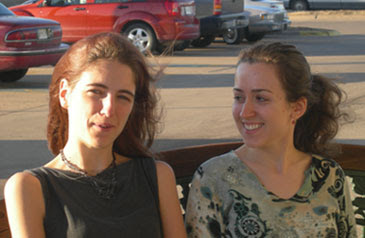 1. If you were trapped on a desert island for eternity with no possibility of rescue and could choose to have with you:

a. 5 books? Shantaram by Gregory David Roberts, Gone with the Wind, The Fountainhead (coincidentally, all of these are really long so they’ll stretch out my entertainment in eternity); and for nonfiction I’ll go with Maximum City by Suketu Mehta and Kasparov’s How Life Imitates Chess.

b. 5 albums? I don’t buy albums, but I’d take a few songs from Rihanna, Timbaland, and Kanye West, and some Mozart.

c. 1 chess player? Pascal, cause I love analyzing with him.

d. 1 member of the USCF executive board? (no answer)

(The island already contains a chessboard and clock)


2. Who are your favorite and least favorite USCL opponents and why?

Favorite- in terms of playing them- San Francisco, because we lost to them last year, and Boston, because they’re the best team this year, apart from us.


3. If you had to play for a different USCL team, which would it be and why?

I only see myself playing for New York. Go Knights!!!


4. Why did the Knights get off to such a bad start?

We’re following last year’s established tradition. Seriously, I have no idea. Why does the sun shine? (the idea is that you don’t give me a real answer to this). All I can say is that the league is very balanced, and it doesn’t take much to lose matches.


5. How has Hikaru affected the team dynamic? Are you disappointed with his performance? Do you think he should use more time?

I think Hikaru has fit into the team really well and I’m happy with the level of commitment he’s shown to the team. I wouldn’t say that I’m disappointed with his performance- of course, he could have more points, but then again, what matters most is how the team is doing, and we’re on a good run right now.

About the time he uses- it’s a tough question, because sometimes using no time at all, he’ll get a superior position and his opponent will be facing extreme time pressure (nice situation for us) but then he’ll let them out, presumably having needed to spend more time (bad for us). The problem is, a person is a package. You can’t just keep the good and send away the bad. Overall, he’s a big asset to the team. I like having him around. He wants to win.


6. Who would you nominate as team MVP so far?

Well, I genuinely believe that all of our players are important to the team and at various times this season, they’ve all contributed. I especially value Jay’s team spirit. In that regard, he’s the player most similar to me on the team. When choosing the Knights roster, apart from looking for strong/underrated players, I wanted people who’d have the same passion for and commitment to the Knights that I have. Jay is a great team player.

But if I had to name one person for MVP, it would be our board four, Iryna Zenyuk. When Iryna came back from her trip to the Ukraine at the end of September, the Knights were not doing well, and we were especially having problems on board four. We’ve played her every match since then, and she has scored 3 out of 4 with two draws despite being out rated in each match! She has definitely risen to the high expectations I had for her when I invited her to join the team. Plus, she has a great name.


7. Describe your preparations for USCL games, including, but not limited to: opening preparation, pregame superstitions, and interactions with teammates.

This year I haven’t been too heavy on opening preparation, which is a good thing as all of my opponents have surprised me in the opening (Kaufman with the Grunfeld, Smith with 3.g3 against the O’Kelly, McCambridge with 1.d4 e6 2.c4 b6 (what’s that called? The English Defence?) and Orlov with 1.e4).

The most important part of my preparation is dinner with Pascal at Piadina, an Italian place on West 10th street, the same street as the Marshall. Preferably concluded with a cafe latte. Then we need Jay to bring in the sword and shield into the playing room and say “Go Knights!”- and we’re ready.

8. Any secret playoff strategies you are willing to reveal? Thoughts about a head-to-head playoff match with Boston? San Fran?

We’re not in the playoffs yet. But we’re working on it.

10. In recent years, a number of prose books about the chess world have been published. Have you read any of the following and, if so, what did you think: The Day Kasparov Quit (Dirk Jan ten Geuzendam), Chess Bitch (Jennifer Shahade), The Chess Artist (J. C. Hallman), Kings of New York (Michael Weinreb), The Art of Learning (Josh Waitzkin), King’s Gambit (Paul Hoffman), Engaging Pieces (Howard Goldowsky), How Life Imitates Chess (Gary Kasparov)?

I’ve read Jen’s, Paul’s, Weinreb’s, and Kasparov’s book, and although I don’t have Dirk Jan’s book, I have read most of the interviews in it. Actually, I enjoyed reading them all, but Kasparov’s book stands out to me because of its self-improvement value. It’s a very inspiring read.

Note: If any USCL players or managers would be willing to do an interview with me via email, please let me know at evicary@yahoo.com.

Posted by Elizabeth Vicary at 7:18 PM

It figures Irina didn't read my book, being that I'm from Boston and all....But what do New Yorkers know about literature and baseball, anyway? :)

Nice interview, Liz. If you happen to win a copy of my book, please share it with Miss K.

Hey Lizzie! Check out what some of the guys have been saying on your Mark La Rocca blog on www.uschessleague.com on 9-23-2007! It's a riot!

Did you hear?!?? Lizzie Vicary has a hole in her leg!!! That's why she dresses so conservatively at chess tournaments!! Notice that she doesn't answer these comments because she wants all the priveleges that men have (like most women want) but doesn't want the accountability that men have and fight back face to face like a man verbally blow by blow in your face like men do. Instead she wants to hide behind her femininity, take the priveleges that men have, take a woman's Fide masters title 200 points ahead of time, act like it isn't that way, then act like she's equal to men. Do you hear what I'm saying you yellow-bellied coward?


Crawl back in your hole!


MY money is on the lady..cause you are a wimp it seems!

Anonymous: You sound like you're the one that is a wimp and so is she because she's not answering. If she were so tough she would not need you to fight her battles for her!

Mr. Cunningham
Ok, lets say that you are correct and Lizzy has a hole in her leg. What is your next point?! It does not seem to hamper her chess any...She is still awesome! At least she can have surgery on her leg, should she choose. However, whatever are you going to do about your BRAIN DAMAGE?? That is something you have to live with forever.
--Nyakinda

Liz,
All this time I thought the Chess Federation came up with the regulations for master titles...I am glad that Mr. Cunningham cleared this up for me... You are even more powerfull than I thought. Go Lizzy Go :)
--Nyakinda

Hey Nyakinda??!? Sounds like you are looking to score points with Lizzie Vicary so you can f*ck her!