This photo was part of a conversation. It went:

Darmen Sadvakasov: Did you know Kazakhstan ranks second in the world in terms of meat eating per person? 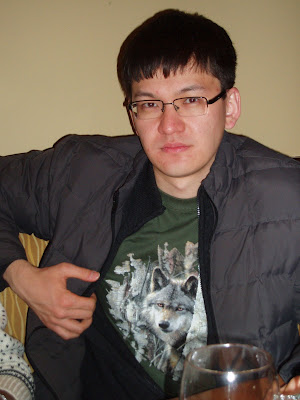 Darmen yanks opens his jacket and shouts: WOLVES!!!!!!
Alex and I collapse to the floor in laughter. 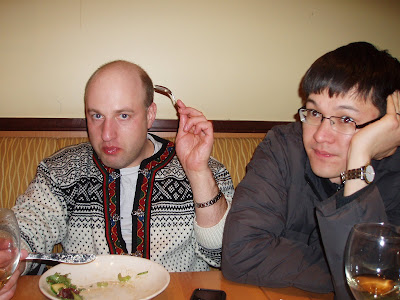 Then we have a "fork" photo shoot. Darmen obstinately refuses to participate, citing safety concerns. 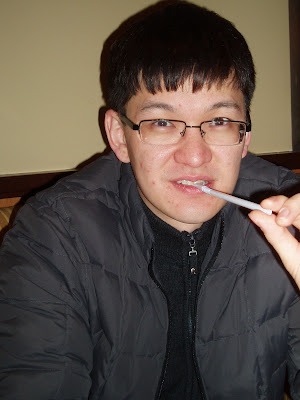 We compromise on the less dangerous "straw." 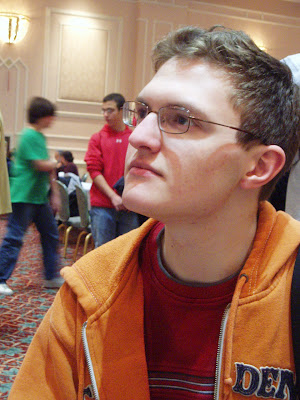 Jonathan Hilton is broadly enthusiastic. He is also very good at chess. 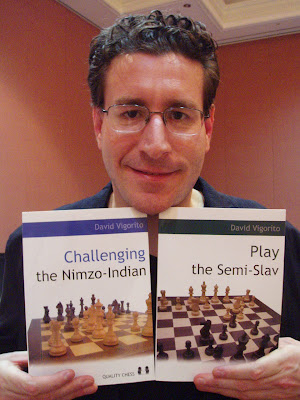 Dave is also for sale. 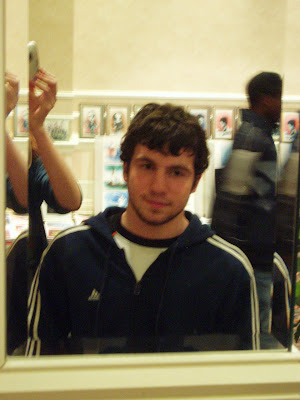 This is a ridiculous photo of Robert Hess in the mirror with the chess cartoon guy's display behind him. I know what you are thinking: how artsy. 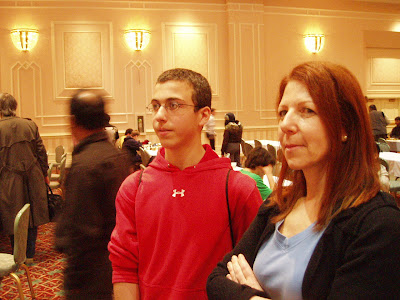 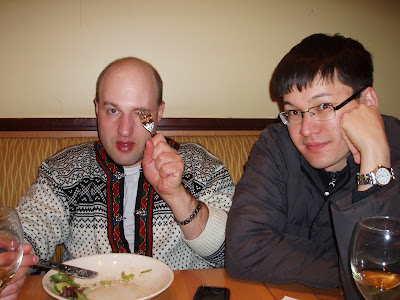 "Fork in Eye" -- from "fork" photoshoot described above.