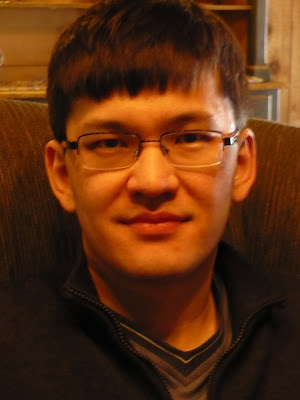 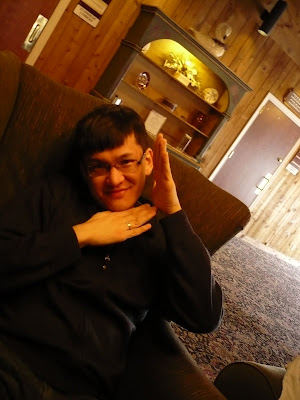 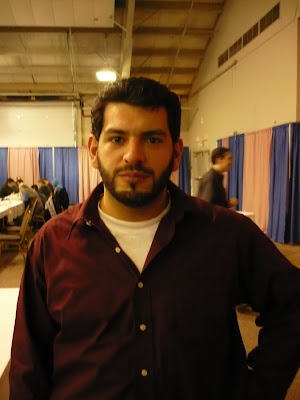 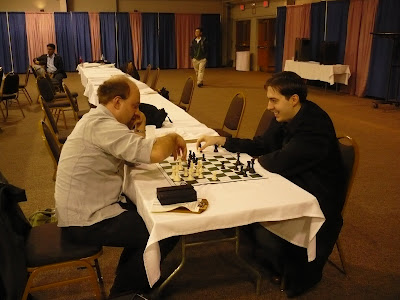 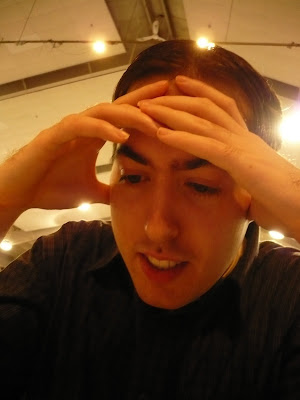 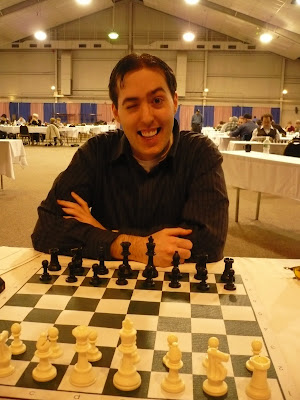 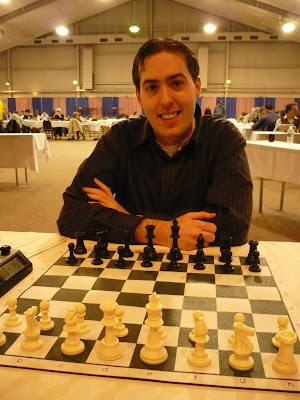 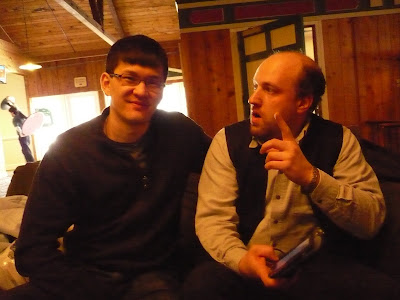 An idea occurs to Alex Shabalov 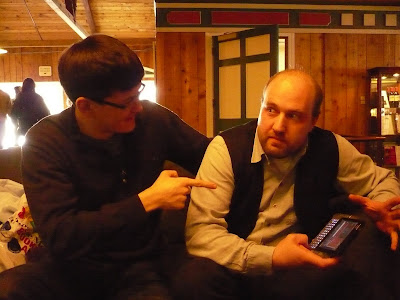 Alex is suspicious and frightened 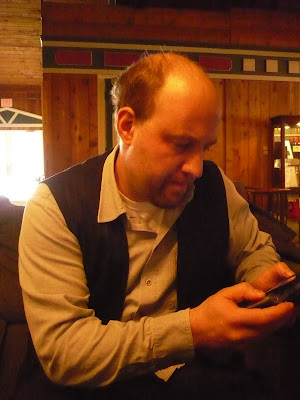 Alex prepares on the smallest computer ever 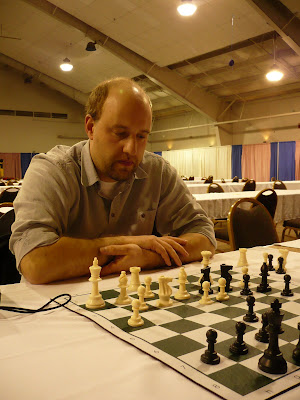 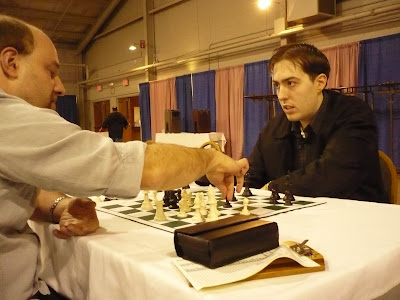 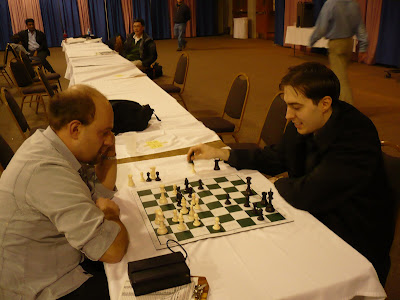 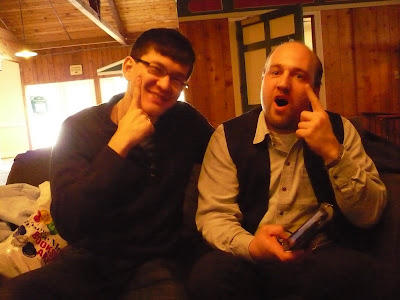 I was wondering if you would be kind enough to add my blog to your links.

I have added yours to mine

I'm not sure if testosterone really has an effect, but I think I (as an adult male) play better when there are good-looking women in my line of sight or walking around the playing area. How do the researchers account for the fact that a lot of winners at the class level are little boys who, I'd have to assume, have minimal testosterone levels?

The comment from one male player about hate of opponent bringing out the best play is interesting.
I wonder if the Polgar sisters think this way.

There are three Polgar sisters and they are all amazing players, two GMs and one IM. So if this "hate the opponent" idea is the right one you'd think that it would work for them too.

I think what makes one play better is totally individualistic and had little to do with gender or amounts of testosterone. Just to elaborate on the "hate comment"-- it does mean I play better when I hate someone personally but rather something that i develop during the course of the game, it could be based on opponent's mannerisms as well as my own bad disposition.

The only round I won at the last Boylston Chess Club $10 Open was against a guy who'd been bugging everyone with his constant etiquette violations. I may have been a little more motivated to beat him than I'd been against my other opponents.

I have only thought about this for a couple of minutes (must go roast a chicken shortly), but I think one possible explanation is the association between testosterone and aggressiveness. Consider two players with identical ratings but low versus high T. The low-T player will play more solidly and cautiously, and perform closer to rating level most of the time. The high-T player will be more aggressive, take more risks, and thus have more spectacular successes - and thus more tournament wins - along with horrific losses (and on average still perform at the same rating level). Would that account for the observations?

Ray, I think it might explain some things, but for me the confusing part is why the "losers" had much higher testosterone levels the day before games. The study graph is showing and average of more than twice the level of testosterone in losers. Ideas?

Yes, that is confusing - I skipped over that bit earlier. Having now looked at the Wikipedia entry for testosterone, I still cannot come up with a theory. Even the connection with stress goes the other way: chronic or acute stress (such as that preceding a tournament) tends to suppress the hormone, not raise it. Or is it that the aggressive players that are stewing the night before?

BTW, my chicken was terrific. Garlic, rosemary and lemon peel.

Was the Eastern Class the tournament of Bad Haircuts?

Ironically, Shabba has the best haircut of the bunch (I exclude Jorge, and his Latin good looks of course).

"Russian women to use men as chess figures on Women's Day"

"We had difficulties in finding men to volunteer. It was hard to convince young men to be under [women's] control for the games,"
a spokesman for the organizing committee said.

I'm not sure what light, if any, it sheds on the current debate, but it struck me as vaguely apropos.

Here is my photo gallery from the Eastern Class Championships. You will notice that Elizabeth managed to sneak into one or two of them too! http://www.chesstournamentservices.com/photos/thumbnails.php?album=search&search=ecc2008

Yeah Sadvakasvov or Borat or whatever his name is as well as Braden Bournival have 2 of the ugliest cuts I've seen in a long while.

“Maybe there is no cognitive disparity between genders in chess; maybe men are just more aggressive and everything that comes with that: willingness to endure stress for longer periods of time, willingness to sacrifice happiness for achievement, willingness to invest emotional energy in games." -I think you've hit on a very important and valid point.

Women it seems are more balanced in life and tend not to obsess on any one particular thing. Since chess skill for the most part correlates to the amount of time invested it would seem logical that women who don't invest an equal amount of time as their male counterparts will not and should not achieve that level of play. There are always exceptions where natural talent is involved of course but I can't think of one woman player in the history of the game who had the rare "gift". i.e. in the likes of a Morphy or Capablanca.

Take Judit Polgar for instance. She is the only female to break into the world top ten FIDE. Did she have any natural talent for the game? Perhaps. Did she work hard and put in many many hours? Absolutely.