Novelty of the Century

After so many years in chess,when you think you have seen everything, it is still amazes you in a way you can never imagine. Small wonder that it was “Vassily,” who did it again, one of two most creative geniuses of modern chess. Just him and Morozevich.

Fisher’s favorite method of treating Najdorf. Recently it was on a spike of popularity again, thanks mainly to the efforts of Rublevsky and Volokitin. 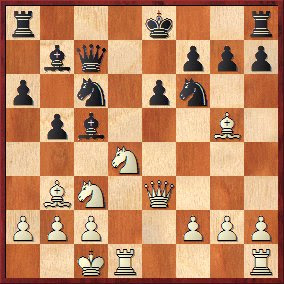 Gregory Kaidanov teaches that whatever happens on a chess board you should try to put in words, before proceeding to calculations and variations. So let’s do just this. "White sacrificed his queen (worth 9 pawns,by the way) for 2 pawns(!) then continues to play as if nothing happens (just making quiet moves)”

Facing the novelty of the century in a rapid game(!!), Karyakin makes a practical decision – to return the queen for a rook…….and forcedly ends up in a hopeless endgame!

Then, since 15…Qe5 allows white to win a third pawn on g7 and therefore makes a queen sac for a knight in return kinda senseless, because white is already better materially – the only realistic possibility by black (and Fritz/Rybka confirms) is to sac queen back for a knight on e6 by playing 15…Qe7. 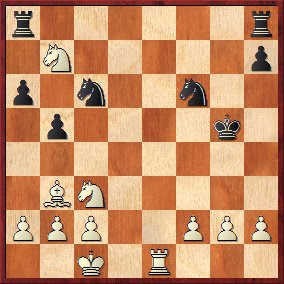 Three pawns for the exchange is too much and Vassily finishes in style,using his impeccable technique. 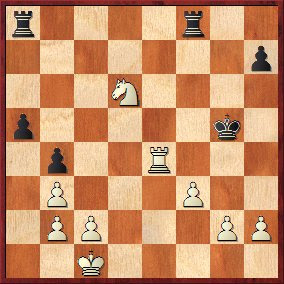 This was found during preparation and not over the board. Karjakin had reached this position before in a game he had won. Still very nice.

You think you've seen everything in chess? meh.

I should have had a guess the author contest.