Everyone Needs To Listen to This Immediately 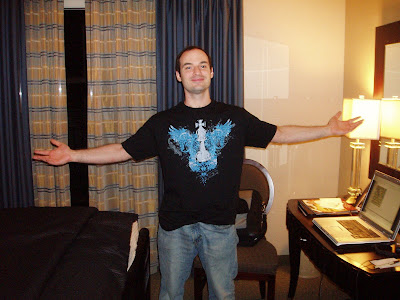 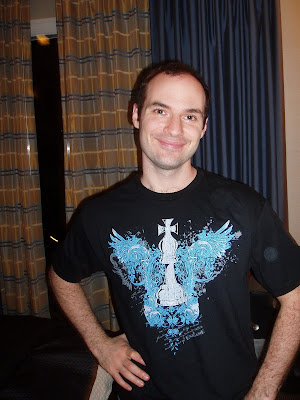 dont listen obv, it's a lie. Just wanted to make an insane video for people.

Funny the urgency attached to this old video. But it was precisely because of videos like this one that I rushed over to see "what went down this time."

I enjoy Greg's ramblings most of the time. Part of what make his Videos so enjoyable are the sprinklings of insider info both past and present.

so are you and greg just friends because he appears to be one of your favorite topics to talk about on your blog. and what happened to that date that you went on right before saratoga? hows that going

Yes he is one of my favorite topics. Nothing is going on in my life that I think you would find interesting. Except I actually have been learning the Caro-Kann. Also, it's called USCL News and Gossip-- I figured you might want to hear about Greg.

My date wanted to be friends. No more dates since then. The closest I've gotten is being asked out on ICC by someone I don't know. :(

Elizabeth: We, your readers, have become obsessed as you are with Greg's food choices. The subject warrants a blog of its own. "gregeatsall": USCL tacos and Frosted Flakes.

Greg: For your ICC username, why did you choose "curtains"? Is it because of a longstanding fascination with window treatments?

"It's curtains for you!"

I heard no discussion of Greg's food selections in said video and am terribly disappointed.

It's not so much Greg's food choices as his method of selection that's fascinating. I also noticed both you (EV) & he (in one of his videos) mentioned a mild aversion to chess tournaments due to bad conditions & lousy food.
Of particular comedic interest was where he says at 19:34 (in the above video) "I think I'm done ranting like a complete lunatic.", then proceeds to continue ranting 'til 61:57 (another 42+ minutes)!

"My date wanted to be friends. No more dates since then. The closest I've gotten is being asked out on ICC by someone
I don't know. :("
He obviously was unaware of your wit, brilliance & rock star status. The fake name was both hilarious & appropriate. It's spring; your luck will improve soon.

Sure looks like a spam bot posting to me.

The best I can manage with my Godzilla/hentai Japanese is "Yutaka Megumi lodging-house travel遊住Cingjing Ra Hiroshi旺斯Nantou."