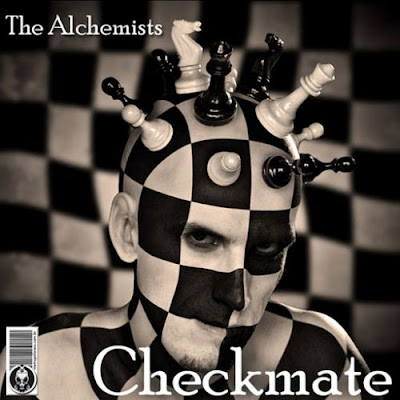 Posted by Elizabeth Vicary at 5:21 PM

I've reached the age where, when I see stuff like this, the first thought that comes to mind is, "My that looks awfully uncomfortable."

Nice picture!
My name is Lauren Goodkind and I have been playing in
USCF tournaments for about nine years now.
I produce a TV chess show, "Chess Diva" in Palo
Alto, California, with my twin sister Barbara. The
purpose of the show is to promote chess especially to females, since it is a male-dominated game.
Over the summer, we entered the sixth episode in the
WAVE (Western Access Video Excellence Awards) contest.
The link is http://www.accesswithoutborders.org/wave.
About a month ago, we learned that "Chess Diva"
was a finalist for the "best instructional"
category.
Two days ago, I flew to Denver, Colorado to attend the award
ceremony. We are happy that "Chess Diva" won
the award for the "best instructional" category!!
The sixth episode features Barbara and I teaching some
chess positions. We also show a "Chess in the community" video.
Not only that, we also feature top USCF female chess
players interviews with Alisha Chawla and Jessica Lauser.
We invite you to watch our show on the internet and give
us feedback! The link to the show is
http://www.geocities.com/chessdiva.show/Episode6.html.
Enjoy,
Lauren and Barbara

it deosn't mttaer in waht oredr
the ltteers in a wrod are, the olny iprmoatnt tihng is taht
the frist

and lsat
ltteer be in the rghit pclae. The rset can be a taotl mses
and you can sitll raed it wouthit a porbelm. Tihs is bcuseae
the huamn mnid deos not raed ervey lteter by istlef, but the
wrod as a wlohe.

Count every ' F ' in the following
text:

FINISHED FILES ARE THE RE

SULT OF YEARS OF
SCIENTI

THE EXPERIENCE OF
YEARS...

Really, go Back and
Try to find the 6 F's before you scroll
down.


The brain cannot
process 'OF'.

wow my brain actually is stupid it turns out.

I failed that "f" test the first time I saw it years ago (although professional proofreaders seem to do well with it). Today, though, I can tell you there are six F's, Jim likes 100 but not 99, and it's "Barbara and me".

A department store in Iowa was surrounded by police this morning because they got a tip from a customer who overheard Bed Linen was on the third floor.

Fantastic picture!
You have a nice blog here!