1. Kramnik Anand-- starting very soon!
2. the Tate Lenderman game! Do you know that Tate publicly locked himself into playing board two because he wanted to throw down the gauntlet to Lenderman? How utterly hilarious is the concept of their personalities doing battle? I cannot wait for this monumental clash. 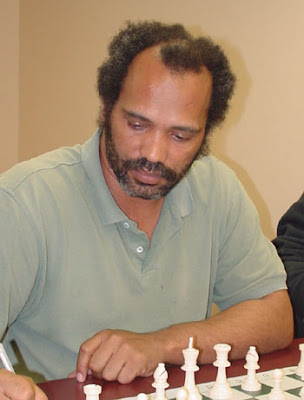 By the way, readers, Tate turned me down when propositioned for an interview. (I tried for your sake, poll voters. I would ask Ilya Krasik, because that would obviously be the greatest interview ever, but I feel like it's asking to be shot down even more brutally. Anyone have any* suggestions/ feel like trying to talk either one of them into an interview?)
3. Religulous -- the Bill Maher movie. Brilliant. My only criticism, and this is minor, is that I disliked the direct light behind him in the closing scene. I definitely liked that he gave his take at the end, and tried to offer a viable social philosophy of atheism/agnosticism, but I think the way the light was shining made him seem as if he were trying to appear messianic.
While we're talking about movies, I just saw Crash (2005) and loved it. Interesting vignettes of intersecting strangers' lives and close ups of emotional human behavior.
Also Towelhead (in theaters), a nuanced portrayal of a Muslim girl growing up in Texas, living with her divorced-but-dating totally unreasonable father and next to a married Army reservist about to be shipped off to Iraq who sexually abuses her. After the abuse she starts sleeping with a boy from school, whom her father hates because he's black. The movie tries to look at where/how several issues intersect: sexual abuse, age of consent, the respect for the armed forces in society, the tolerance or not in the US towards Muslims, the Iraq war, Texan culture. thoughtful + provocative = interesting.
4. the debate Wednesday. I'm happy they will be sitting at a table together (presumably they won't be able to avoid talking) and that the moderator has promised to insist they actually answer the questions.
5. My students are playing their first rated tournament of the year against other schools tomorrow. I'll be seeing a lot of new kids games.
6. election day!
*g-rated, thanks
Posted by Elizabeth Vicary at 9:56 PM

I bet 20 FIDE points on Anand to win. Anyone want to take me up on the bet? I promise to get them to transfer the rating points upon my loss.

On the subject of Iraq:
Stop Loss
In the Valley of Elah

On the subject of French aerialists:
Man on Wire

uh,oh. I see the stock market is way up so far today. If this continues this could be very bad news for Obama.

the stock market would have to keep this up for a long time . . .

It's too late for McCain. He's shown his erratic nature, and the independents and undecideds are leaving him in droves.

Perhaps, but it was only about 4 weeks ago that McCain had actually pulled ahead in the polls (by about 2 pts. in most polls) and his current decline in the polls coincided almost perfectly with the bad economic news. And even at the worst of it McCain was never down more than 5 points among likely voters. I fear that if the good news continues and the economy continues towards improvement it might hurt our chances.

The McCain camp is in disarray. Last week they went on 'full attack mode,' but it didn't help them, it may have even backfired, as their poll numbers continue to decline.

This week they've dialed back on the attacks (thankfully) and now their trying a different approach. The problem for them is that they're zig-zagging way too much, and are not demonstrating leadership.

Today, conservative columnist Kristol called for the firing of McCain's campaign, as if that would do any good at this late stage in the game.

The only thing that could save them now is an "October surprise" of unprecedented proportions.