Chess in the Parks

The annual Chess in the Parks tournament was today at Bethesda Fountain in Central Park. Below are some of my favorite pictures of my students. More are at http://www.318chessteam.blogspot.com/. 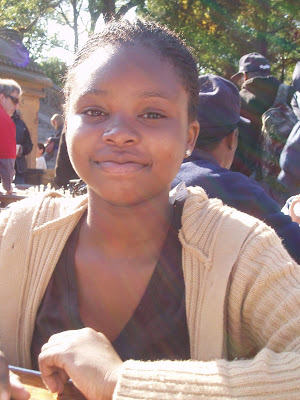 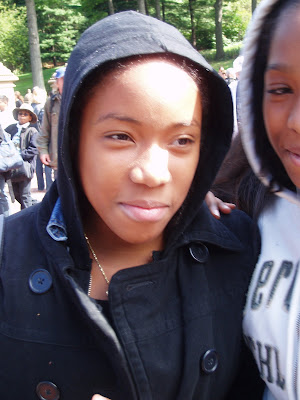 Rochelle, 1750. She was up a pawn against Kasparov in his simul last week. He reportedly had to spend 40 minutes at her board (I couldn't stay to watch; I had to take the other kids home by then) and later called it his toughest game. 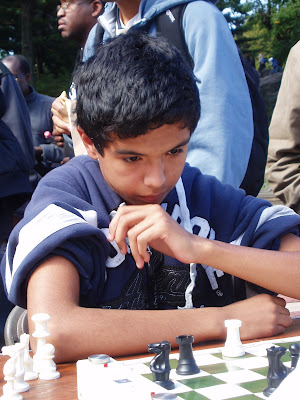 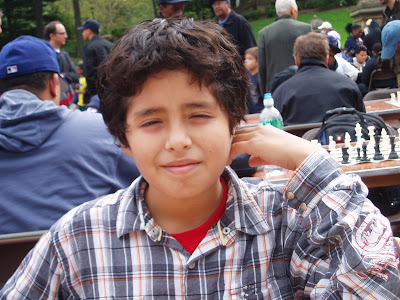 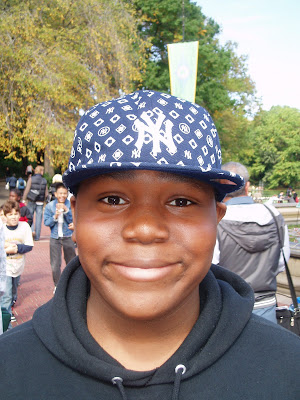 Pobo: the happiest kid in the world 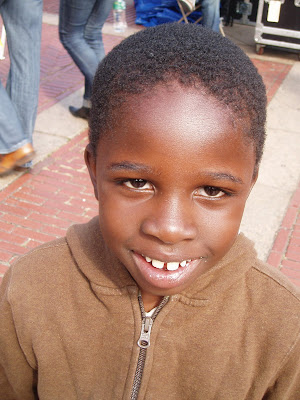 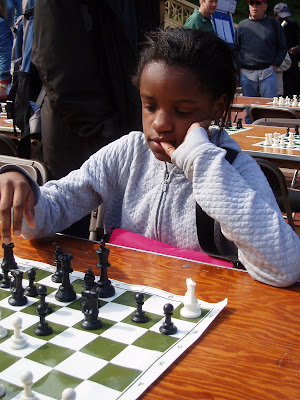 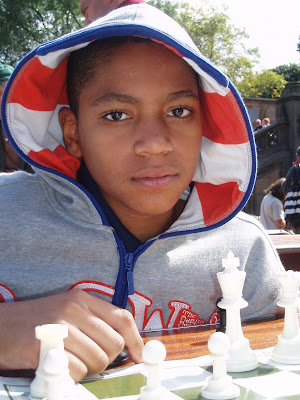 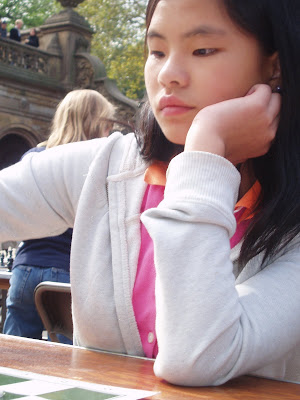 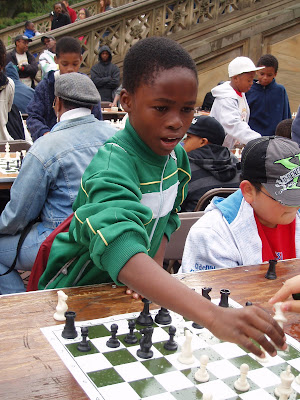 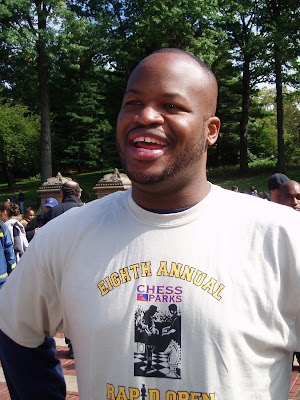 always the life of the party: Jonathan Corbblah 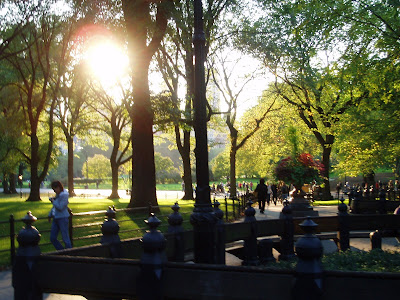 Posted by Elizabeth Vicary at 8:34 PM