So a couple weeks ago, an old friend of mine (and former USATE teammate) Geoffrey Gelman emailed me and asked if I was interested in playing in an "advanced" chess tournament (= you get to use a computer). I couldn't really understand why this would be fun, but it's not like I have better things to do, so I agreed.

You guys might remember these names from scholastic chess in the 90s (80s?) 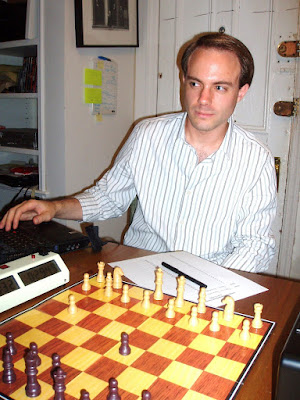 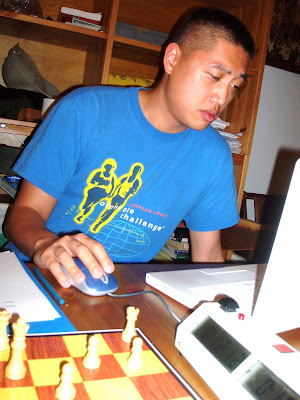 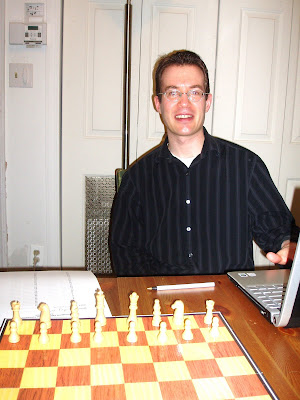 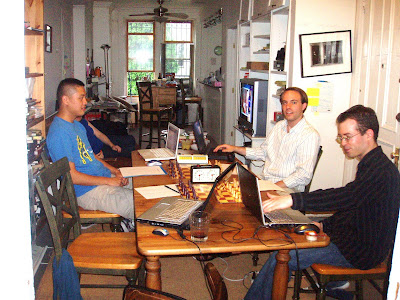 In fact, the tournament was pretty fun because there is very little stress when you have a computer. It was also amusing because no one there plays much anymore, and so we used tiny drugstore chess sets and the computers didn't have regular programs, just free downloads with names like "Strelka," where you could only see the computer's first choice: 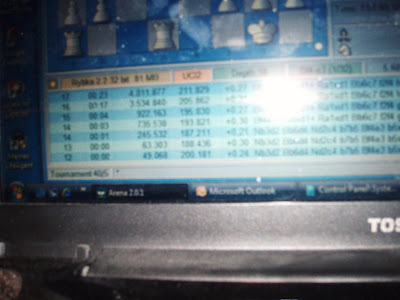 The different lines are the first choice at different search depths.

and the evaluations changed from positive to negative depending on whose turn it was, so -.5 didn't mean black is half a pawn better, it meant whoever is to move is half a pawn worse. (very puzzling before I figured it out) Also one computer didn't work, so players on the left hand board had to share. All in all, it was a satisfyingly comic evening.
Geoffrey Gelman deservedly won with 2.5/3; he had clearly given some thought to advanced chess strategy. 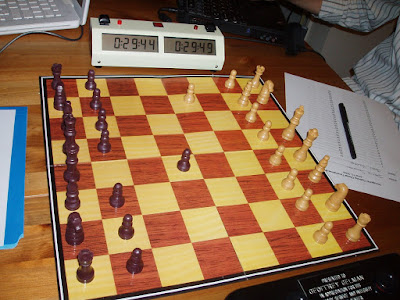 related reading: Everything is Alive: a funny argument from a panpsychic and hylozoist

Posted by Elizabeth Vicary at 4:45 PM

No Josh in the group of washed-u... i mean former scholastic players.