A Mysterious and then Embarrassing Rook Ending, Part One: Counting Failure

Before we get to the endgame, what should black do here? 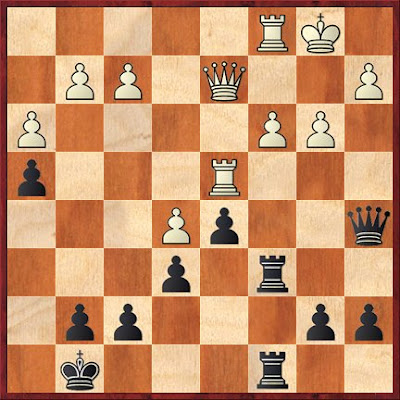 A Mysterious and then Embarrassing Rook Ending, Part One

ok, so we just exchanged queens into this ending: 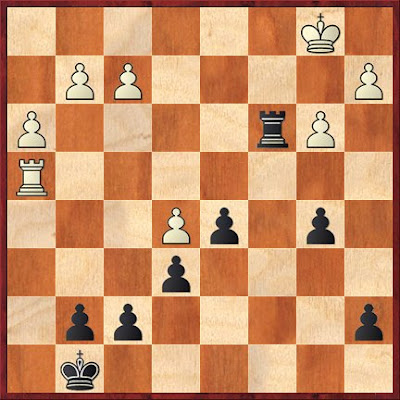 and I can't figure anything out.

I was utterly confused. I only needed to draw to clinch first, but she's 1550 and I strongly believe children are unable to play endgames, so I was going to at least try.

33.Rb4 Rc5 I figured Kb2 would attack it next anyway.
34.Kb2 Kf8 I could try going around Kg8-h7-g6, but I thought the rook might start checking me. I thought about playing ...f6 immediately, I just had no idea how to begin calculating how dangerous it would be to make her h pawn passed. 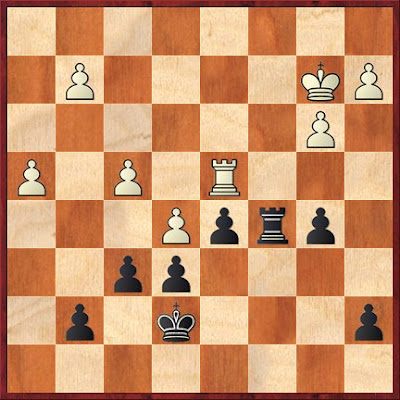 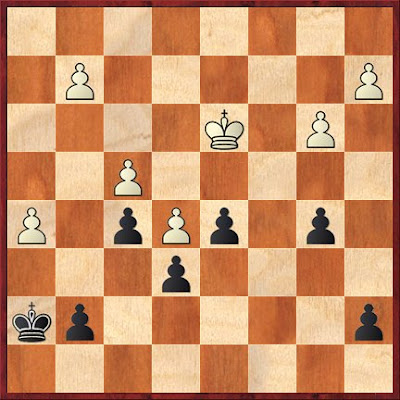 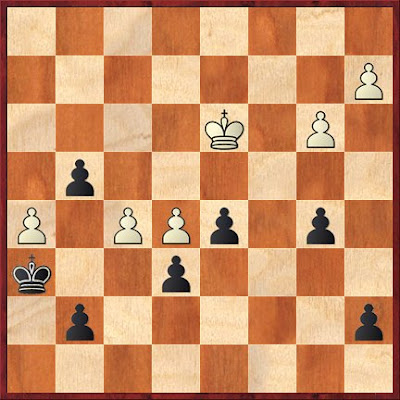 I'm still ok, but this is the moment of hypothetical* truth 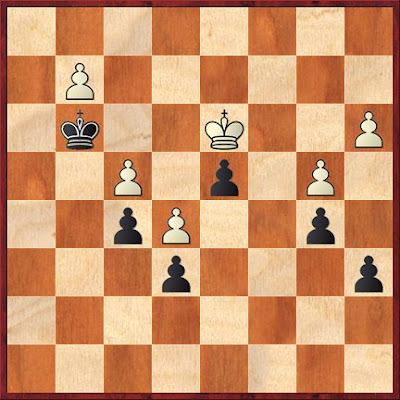 Now here I thought I was completely, easily winning. I win the pawns, the white king is miles away from a6 and b5, hurray for me, the winner, the brilliant endgame technician. I was also rushing because I wrote on the permission slip that I would get my students home between 8:30 and 9:30 and it was 9:15 and I was the last game and the parents will be waiting and annoyed.
But of course there's always something you could be fruitlessly worrying about rather than concentrating on your game, right?

I am ashamed.
*since it's an analysis diagram
Posted by Elizabeth Vicary at 4:51 PM

Not that it makes any difference (50...Kxf4 is rather clearcut), but the strongest move may be 50...Kg4!, as White is then in zugzwang.

I assume that in the major-piece position, Black plays Qc7, forking c3 and e5.

In the pawn ending, Bill's comment is very nice. But don't feel too bad about the error, as Ivanchuk recently made a similar oversight: http://www.chessbase.com/cbm/cbm129e/cbm129-12/endgame02base.htm

In other news, Susan Polgar has just published her demonization of the USCF in her chesscafe column. She's really, really losing it...