I play James after school. 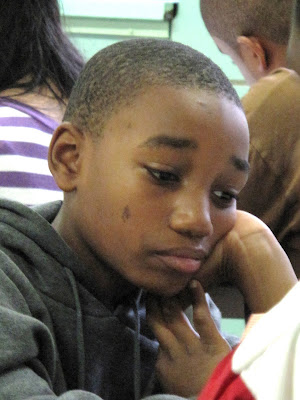 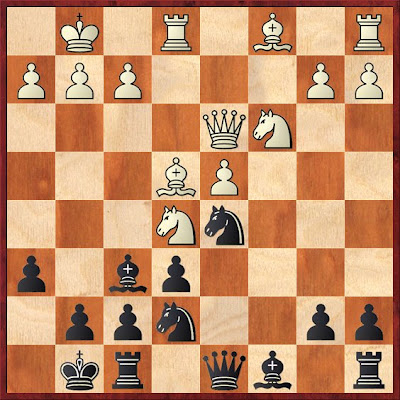 and here black plays some combination of a5-a4, Nxe3, and Qb6, semi-successfully: 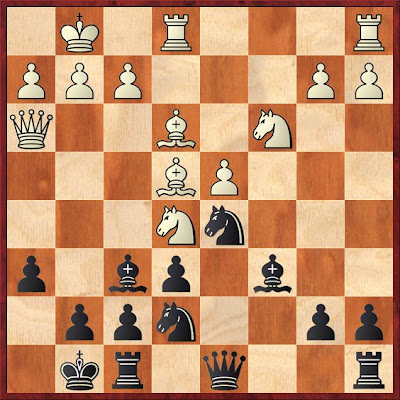 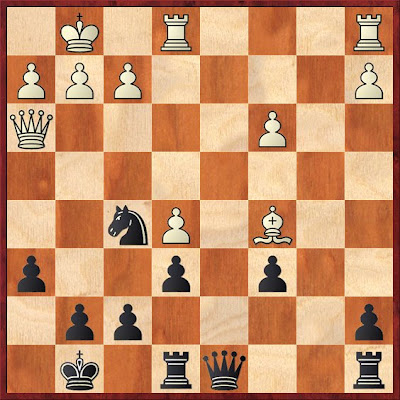 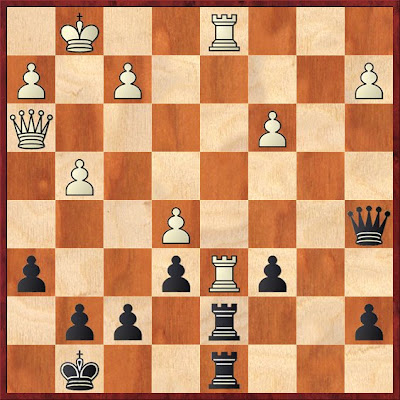 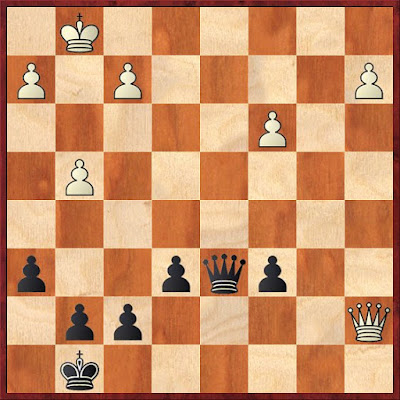 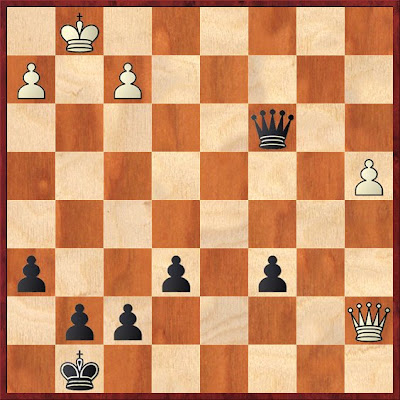 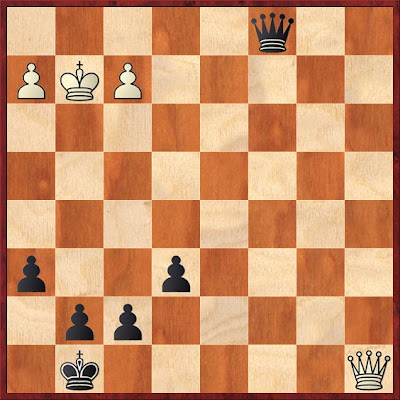 Is this winning? Easy? Hard? I have no idea.
update: James, Danny Feng and I have decided to have a Panov/ Caro study group and play training matches against each other (we all play the Panov for both sides) on Wednesday afternoons. I'm going to be awesome at the Panov soon.
Posted by Elizabeth Vicary at 6:29 PM

Umm you should be able to win that final position in your sleep.

I guess I assume all queen endings (at least with pawns on the same side) end in perpetual check.

I'd guess that's a win for black with accurate play- or at least very good good winning chances. If you put it in Fritz I bet there might well be a way to win.

It's my contention that there should be a convincing didactic style (I am trying to make this systematic) to help students (yes, often times juniors) avoid the wild, obviously weakening pawn moves that might come to their minds first as possible candidate moves.

Bad pawn moves are actually the bane of the USCF player in general as compared to his or her European counterpart.

I assume all queen endings are difficult (they are also usually winning).

That was interesting analysis because Black gained a tempo by threatening queen with mate.

I had a friend who used to say "we are all children of Marshall". Applies both to weakening pawn moves (vs Europeans) and queen endings. :-)

According to 'The Lazy Player's Guide to Endgames', there is no such thing as perpetual check in a queen endgame (with rare exceptions), so your final position must be a win.

I remember hearing you were teaching your students the Panov Botvinnik Attack. I recently posted a webliography at my new blog address for The Kenilworthian:
http://kenilworthian.blogspot.com/2011/01/panov-botvinnik-b14-webliography.html