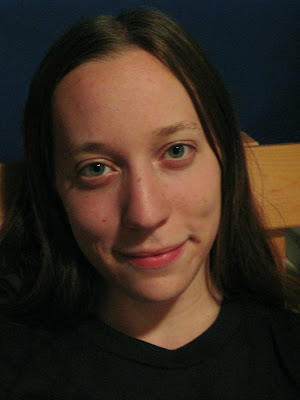 Young Abby Marshall may look a lot like the rocking teenage girl next door.

But underneath her trademark T-shirt beats the heart of warrior — one whose remarkable displays of grit, cunning and ferocity on the 64-square battleground of chess have generated international admiration.

Just this past summer, the 18-year-old Warwick High School girl became the first female to win the hotly contested Denker Tournament of High School Champions, which serves as the nation's high school championship.

She's also a two-time winner of the Susan Polgar National Invitational for Girls, where her strong, attacking style of play and her clever, tongue-in-cheek blog first began to attract global attention in the world of chess.

Google the name "Abby Marshall" and chess, in fact, and you'll discover a host of Web sites that cover her matches like those of a sports celebrity — with interviews, pictures and comments from fans, including one describing this "badass" devotee of the much-maligned King's Gambit opening move as a "chess hero."
read it all here
Posted by Elizabeth Vicary at 5:49 PM

You are awesome! Abby. Good luck on your future endeavors.