I win a chess tournament! 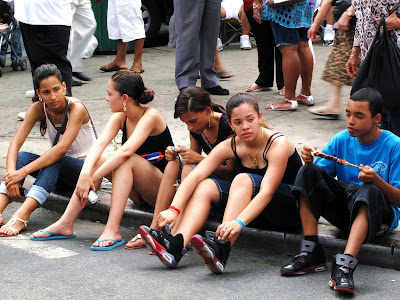 some kids in my neighborhood

On Saturday I played in the G/60 at the Marshall and (SURPRISE!!) I won it! Not very many people showed up: a lot of strong kids were at the NY State Junior Open (Justus Williams tied for first!) and some people are probably in Philadelphia for the Philadelphia Open. I don't know where Asa Hoffman was, usually he lurks around, waiting for moments like these.

There were 10-14 players, depending on how/when you count(ed). I was second seed, number one was Michael Thaler, who just graduated from Hunter and is going to Brown next year. Michael's first round game was an e6 Sicilian against David Siudzinski, who, uncoincidentally, was also my fourth round opponent. David played a Keres attack, and the position quickly became one of those sharp but super-positional ones, where there are tons of weak squares, knight outposts on e5, pawn breaks, etc., and you have to figure out which one's the most important. It's fun to watch strong players beat weak players in those positions, because the losers end up looking like hopeless bumblers. David seemed like he was playing reasonably, I wasn't watching that closely for obvious reasons, but I thought Michael was clearly winning when my game finished. I had 40 minutes until round two, so I went to Zara and bought a cardigan (board two was directly under the air conditioner). I came back to hear Thaler drew and withdrew in disgust.

Another expert joined, but he had taken a half point bye in round one, drew round two, and lost to my esteemed fourth round opponent in round three. Other than this very talented 1600, it was just A players to beat, and I managed. 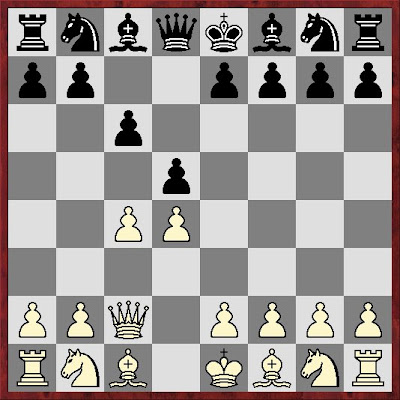 I've been teaching this to a few kids, and I got interested enough to start playing it myself. This is my first game in the line. I learned it from Jonathan Hilton and Dean Ippolito's excellent book "Wojo's Weapons." It's fun to play because no one has any idea what to do against it. The two big ideas are to take on c4 and play Bf5 (against which white plays Qxc4, Nf3, g3, Bg2, 0-0, e3, Qe2, Nc3 and e4) and or to play g6 and Bf5 (against which white plays Qb3, Qb6; c5 Qxb3; axb3 and b4-b5). 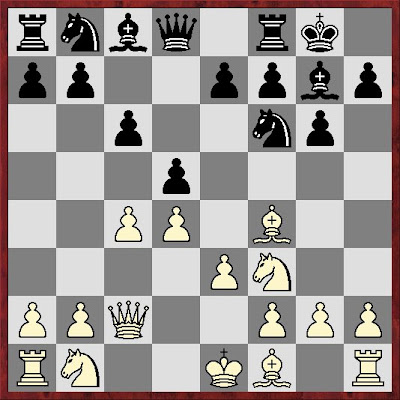 7. Bd3 I don't know why I didn't play Nc3 here. I wasn't really sure if my bishop belonged on d3 or e2, and usually that would prompt me to delay deciding and develop the knight instead, but somehow it didn't. I think I was just used to Catalan-y play where you take care of the kingside first.
Also, I was really confused why he wasn't playing Bf5. 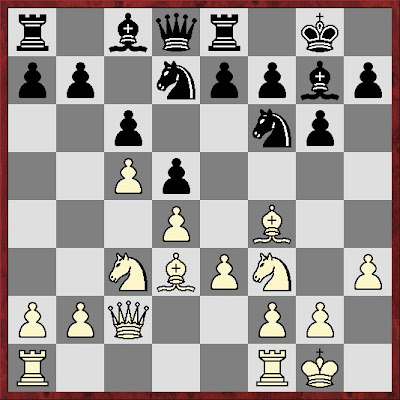 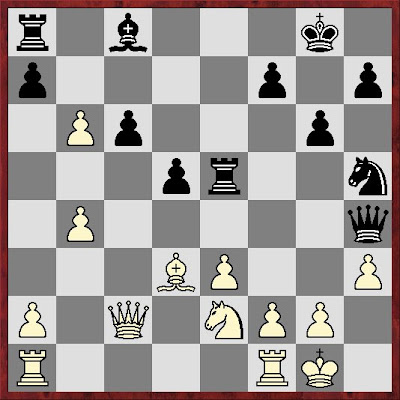 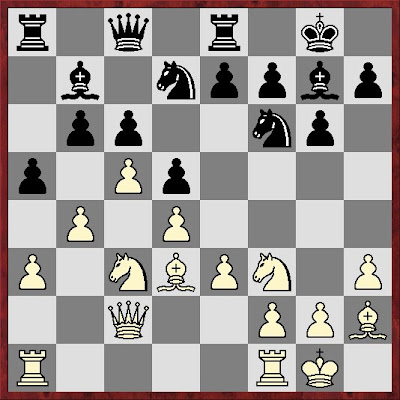 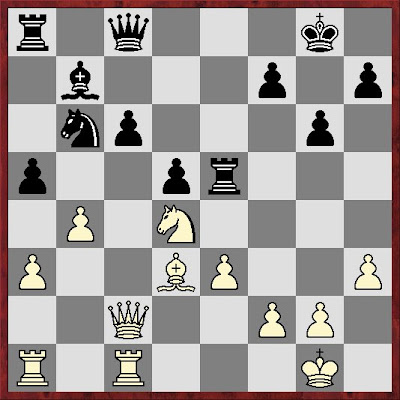 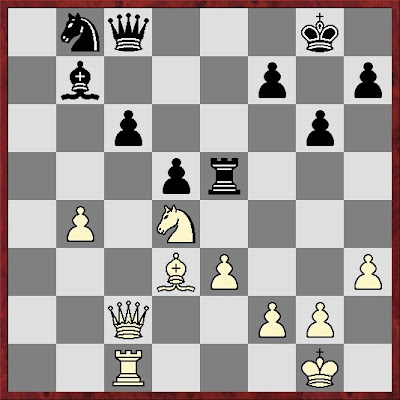 here's a nice story on two chess shops in NY. 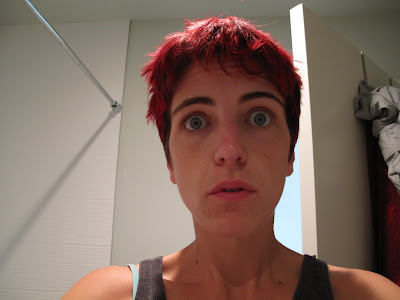 Congrats! Asa was playing at the NYer.
(adventuresofrabin.blogspot.com)

Hooray for actual chess on the blog!

Re: the hair - I guess it's OK. Judging from the picture, you sure don't seem to like it.

What's that kid in the photo eating? It looks like some kind of grilled meat on a skewer. Mmmmm.

Congrats Elizabeth! Oh like the hair too... it goes with your feistiness.