I would just submerge all the bankers and BP execs in a tank of oil and let them die. 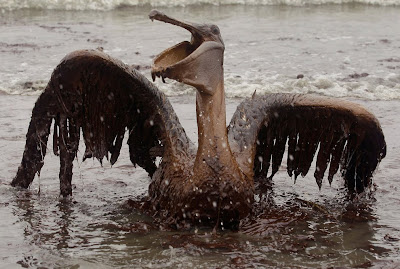 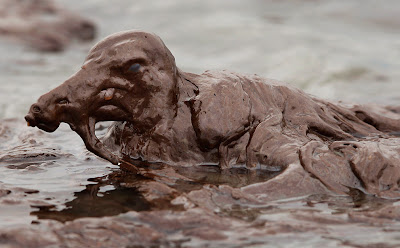 Try our cap operation at home! Hold a funnel over a firehose, sell what you catch and proclaim victory! #bpwins

Just hired an oil whisperer to teach us how to be dominant over the oil. Tsssssssst! #bptames

Words can not express how sorry we are. So we are going to stop apologizing and just give our investors 10 billion dollars.

We don't forbid our workers from wearing respirators because it looks bad in photos. We just want to see their smiling faces! #bpsmiles

more awful photos
Posted by Elizabeth Vicary at 8:42 AM

I agree! You are exactly right. It's horrible what they are doing.

it's all terribly sad.

I would add politicians...

I would also include people who disconnect intentionally from ICC games. And Nazis.

Yes, and throw in pedofiles, rapists and that Jeroen van something or other.

see, I trust the justice system on some level to deal with rapists and pedophiles, but I know they will never touch these bankers and BP execs who simply *chose* to do this, and they know and we all know that it's going to be just fine for them.

that's cuz we ain't got no power

sick people should be executed like pedophiles because they will always be damaged; what's the point of paying billions for their jails or whatever.

Don't forget the ungrammatical. They too deserve death.

Its such a good thing that Shell, Exxon, etc., have completely different standards from BP. We definitely should buy gas from their competitors who would never let this happen. Also, we should never vote Democrat, because Bush would have cleaned this up already with magic oil sucking powers.

Stop driving your car and using gas, then you have a legitimate right to complain about the evils of oil.