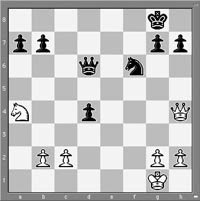 Rook anunciates Folly, dissects the feeble defence put up by Shabalov. THE EXCITEMENT!
Shabalov could also have moved out the light-squared bishop. But he is a fool. His feeble mind does not see the truth. Areshchenko is already bending him to his twisted purpose; see how he suppresses his manic laughter. Shabalov is being manipulated like the pieces he is playing with. Watch his mind crumble, like overly dry cheese - Areshchenko will probably start eating the crumbs any minute now, then spit them out as a gesture of contempt.

Notice how the hypnotic eyes of his opponent force Shabalov to look away from the board and play without seeing his opponents moves. A serious disadvantage.

He makes a weak move, more feeble than his shattered mind, entering the infamous Damiano Defence. An action only lunatics and cretins would take. Areshchenko smiling now, like a cat who has bitten off the legs of a mouse, and is waiting to see what it will do next. Which is usually not much, as mice without legs are not terribly mobile.

It's very funny, no wait, it's absolutely the funniest thing ever written. check out the articles on Shabalov vs Areshchenko, drugs, chess, or Sergei Rachmaninoff. or, ok, anything else.

from chess:
King's Gambit - Sacrifice your King in order to gain an advantage in development. This bears no resemblance to the more successful King's Pawn Gambit.
King's pawn gambit - Sacrifice your King's pawn in order to gain an advantage somehow. Not to be confused with the even more successful King's bishop pawn gambit.
King's bishop pawn gambit - Nobody cares. (click on this -- it's awesome. ev)
Najdorf - Memorize 35 moves of opening theory, and then lose the game in 23 moves after your opponent plays the Sveshnikov, which you forgot to memorize. And yes, it really is pronounced "Nye-dorf".
French Defense - Where you automatically surrender after your opponent's first move.
Spanish Game - Where White checks to make sure Black is Jewish, then persecutes him mercilessly.
....
Israel attack - Try to explain that your opponent’s king belongs to you because God gave it to you some centuries ago, and if he doesn’t want to surrender, use your tanks even if he has only stones to throw at you.
Palestinian attack - Sacrifice all your pieces for the sake of winning one of your opponent's pawns, and refuse any draw offers until no pieces remain on the board. 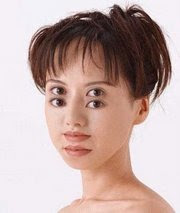 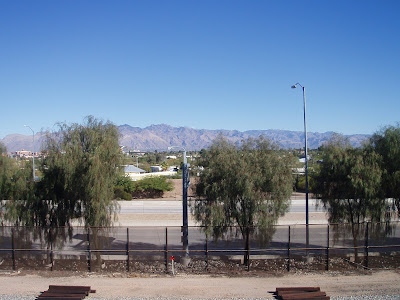 the view from Jean's apartment 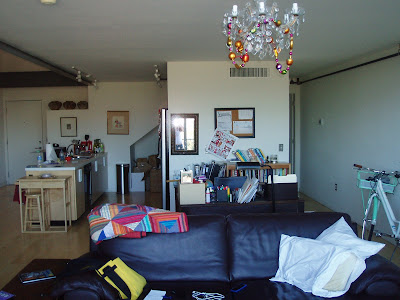 the view into Jean's apartment. notice her cool green bike.
Posted by Elizabeth Vicary at 10:16 PM

Wow...I just burned an hour reading through that site...nice find.