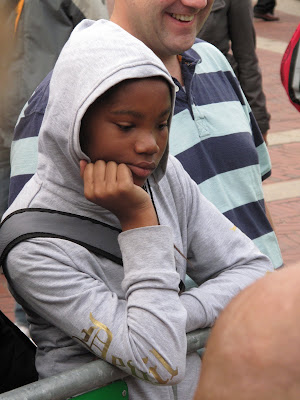 Lequasiah Lawrence went 4-0 and won the reserve section. Her fourth round game reached the following position: 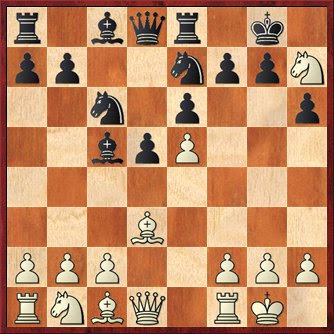 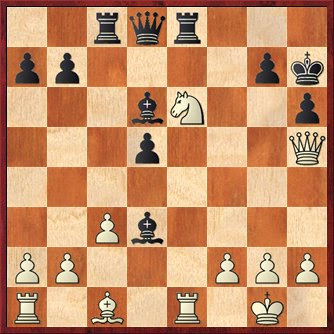 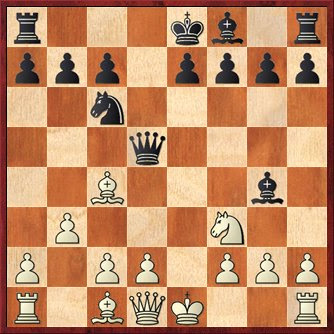 Henry Cali's last move, 7. Bc4, was a mistake.
Where should his opponent (black) have moved?
His opponent actually played 7... Qd8. How does that lose tactically?
Does 7... Qd6 lose to the same tactic? 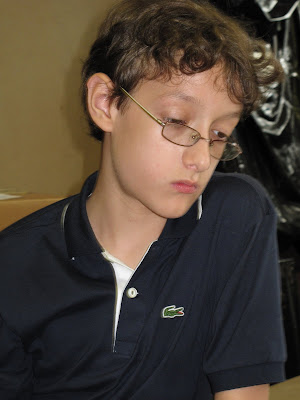 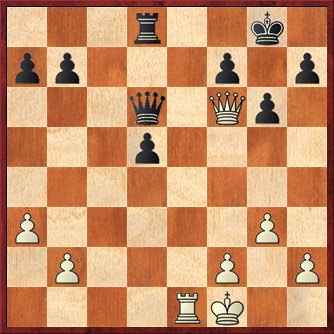 Posted by Elizabeth Vicary at 5:46 PM

1st position. White's problem is that the h7 knight is trapped, e5 is hanging, and Black can play Ng6 to stop mating threats. I don't see a win for White. Probably the best practical chance is 1.Qh5.

2nd position. White would like to capture the enemy queen, but unfortunately the knight is pinned against the back rank mate. This suggests something like 1.Bxh6, which defends e1, and thus "arms" the threat to the Black queen. If 1...Qd7, then 2.Bxg7+ looks decisive.

Playing 1.Bg5 first doesn't seem to accomplish much. Black's queen is safe on d8, and the white knight can't get to its best attacking square.

I wonder if the P Style comes in Magenta or Aquamarine.

White is indeed in trouble in position 1; I suspect 1.Bxh6 (develop!) is the best practical chance.

Those were all fun!

Today I cheated with Rybka....

to change the subject a bit, have you seen this homophone alternative website?

Manly men who daily take excretory flight
Equipped at birth to eschew the hollow'd seat they
Do not go squatting when the bladder's tight.
Stand, stand and take relief from a height.

P Style. Get it in fuchsia.

Beautiful poem, thank you. Sadly you cannot choose the color of your P style. I do not know why.

There’s a great discussion at
http://usclnews.blogspot.com/2009/10/week-5-game-of-week.html