I went speed dating last night! It was awesome: it's held inside a huge bar, I had a little half-booth (I shared it with a volumptuous, late-twenties, Italian Jersey girl, named, somehow, Midori, who explained to me (and the last guy I spoke with, "Ragan D.") that she was a "very, very sexual person" and making her choices "solely on that basis."), anyway I had a half booth and every three minutes a bell would ring and a new guy would come over and talk to me. I met 31 men in 2 hours and 80% of them were interesting, attractive, socially skilled and between 25 and 40! I was very impressed!

Quite aside from any romantic interest, it's hilarious to see what people do with the 3 minutes. It's a bit like being a judge on American Idol, only they talk instead of sing*.
what they said
One or two had a prefab line, like "I'm so excited Halloween is coming up: it's my favorite holiday! What's your favorite holiday and why?" Obviously, I have considered this question before, and so could quickly (but casually, pretending to think for just a couple seconds) reply, "My favorites are the ones you don't have to do anything for: Martin Luther King Day, Labor Day, Columbus Day: the lazy person's holidays. I hate the expectation-heavy holidays: Halloween, Valentines Day, Christmas, etc." The guy grimaced, because he knew my response crushed his question, and right then I felt a lot like you feel when someone walks straight into a line you prepared for someone else years ago but still remember clearly.
A couple just came out with the facts ("hi, I'm Alan M, I'm a 32 year old dentist and I love to walk my dogs and travel!").
A lot asked me where I was from, which is for me a disturbing question, because in general what the person means is "why do you talk funny" and when I say "I was born in England" (a phrasing I arrived at after several years of practice: I'm not making any claims or taking any positions; I am neutrally stating a fact.), people often reply "No, but you don't have an English accent." Then sometimes I say "I moved around a lot as a kid," and sometimes I just stare at them angrily and shrug, because, really, why are they arguing with me about where I'm from? But I was nice to everyone last night.
I mostly used the "how was your weekend?" line, which I enjoyed (for a time). I think it's a very good opener, because it's
1) open-ended,
2) asks what they do in the time I am most interested in seeing them, and
3) made almost everyone immediately defensive because they did nothing this weekend.
After a while, I realized it's important to have several questions, because whatever you ask always gets asked back at you, and I got bored of talking about my weekend after the 20th time.
After each person you write yes or no on a card and then go home, log on to the website, and check off whomever you want to see again. You get sent their email address if they want to see you too. I said yes to about twelve people, but only got three matches, which honestly surprised me a lot, I assumed I would get a lot more, 8 or 10 maybe, but I guess it's good to expect to be liked?
One guy had a hilarious job: he illustrated a US Army comic book called Preventive Maintanance. 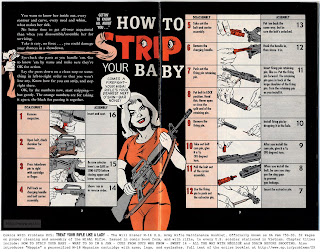 *but imagine if birds speed-dated.
Posted by Elizabeth Vicary at 5:18 PM

Good luck Elizabeth! I think we have to give the universe a chance, and do some things that give us a shot at some additional joys. I think you did a wonderful thing for yourself.

Now I hope that one of those men realizes what a treasure you are and treats you right!

Thanks Elizabeth for sharing your experience..I still don't think I am as brave as you were. WHERE IS MY MOJO...oh one question...were there any men in booths meeting women. On this one i gotta stay anonymous..

I think it's great that you're trying something interesting like this, particularly as it has a kind of "24 hour dance contest" aspect--it's a thing of this time and place, which will make it seem a thing "of its time" in the future.

I think it's an interesting math issue--if everyone picked 12/31 "yes" people, what is the likely number of matches each person
would get on average? It probably is higher than 4.
I wish my math skills on permutations were good enough to figure out the equations.

I think the world is full of interesting people, and around every 3 minute corner there may be at least 90 more seconds of fun.

p.s., I always like "Recuerdo", Edna St. Vincent Millay's poem about New York dating in an earlier generation. Here's a setting of that poem to music:

Also, speaking of math, this post made me look up this comic:

Hi, Elizabeth. I've been speed-dating a couple of times, and it's been a blast! No matches, though. I mean, no mutual ones. :( The events up here seem to use intervals of six minutes, however, which can make things substantially different! Rather like what happens when you double the clock time in blitz! :) (I play better G/10 than G/5, by the way. :D)

So you see, I'm glad to hear you had some fun and enjoyment. That's my statement for today. :)

Pictures or it didn't happen (of Midori, NOT you).

Yes heard about speed dating but never gone for so..its like matchmaking that focuses on meeting a lot of different people in a short period of time and rating the interest.Thanks for telling about speed dating and sharing your experience now deciding to go for it...