I play in the Bankers League

Tonight was my first game on the JP Morgan Banker's League Chess Team. I was white against Peter Roberts (2050, BMCC). My opening play was better than I thought at the time, and by move 27, 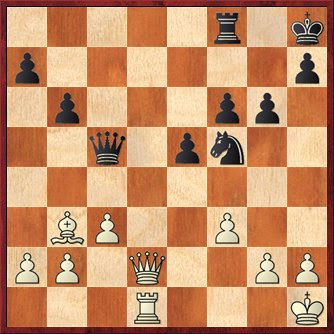 I liked my position. I have a nice bishop and the d file. It's true that my dark squares (f2, e3, f4) are a bit weak and he has some space because of the e5 pawn. But overall I was quite happy and feeling very determined to win.

It became apparent about now that my result would matter for the team: our board two was completely winning but then got tricked in a queen and knight attack on the king, our board three (his name is Dale X. Hammer!) was up a rook and board four was a rook ending that looked slightly better but mostly drawish. So it would be 1.5-1.5 (board five= double forfeit!). On the other hand, I don't really care how the team does. I'm there just to play a nice game of chess. 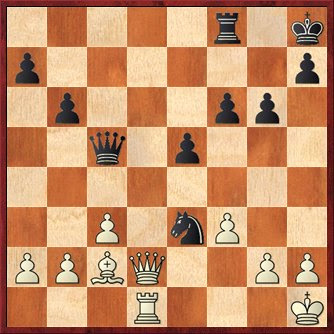 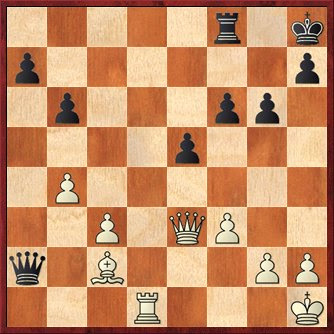 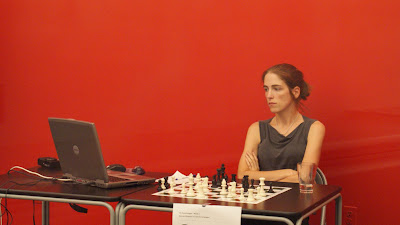 Congratulations on your win!
Also, great picture of you.

I think it's good to be there to play a nice game of chess, because it would be awful to find chess horrid but show up because of the team.

Chess leagues--like bowling, but without the gutter.

Did you play 27.Qd5 with a view to the repetition? If so, it's an interesting psychological trap. If 27.Bc2 immediately, Black may be less likely to blunder.

How did you end out on the JP Morgan team? Did you change professions while we weren't looking? :-)

"This is a picture of me playing in the USCL, but my bankers league team is pretty much the same people."

In the picture its just you. Does this mean you are your own team for both? That reminds me of that old army commercial where the guy keeps saying "I am an army of one".