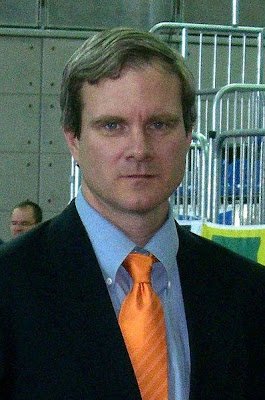 1. SF seems to be the one team that is good during the regular season every single year. What's the secret to SF's success?

We have a nucleus of strong players who have been with the team since the first season – Vinay Bhat, David Pruess and since the second year Josh Friedel. Having a former US Champion like Patrick Wolff play on the team has been a great experience. It’s been pretty amazing how well he plays despite being retired from the game for 10 years.

There are not many active adult players in the Bay Area, maybe only 250 or so, but we do have a pretty good junior program. Lots of kids play locally and people like Michael Aigner and David Pruess try to identify the ones who are eager and show some promise. They were both instrumental in working with the Mechanics this year to have a series of workshops for talented youngsters.

Our top four young stars have all benefited from their US Chess School opportunities which have inspired them to work harder. I’m pretty amazed at what they have accomplished this year. Sam just tied for first in the World Under 18 and got his IM title, Daniel is playing at 2400 FIDE at age 12, Gregory tied for first in the US Junior Closed at 13 and Nicholas earned his Masters title before his 10th birthday. Going into the season it was pretty clear that a lineup with Sam and Daniel on the bottom boards would be pretty formidable.

It helps that everyone is excited about the league and wants the team to do well. Players on the Mechanics’ team live all over the Bay Area so playing in the USCL is a good excuse for us to get together. Opening preparation help is always there for anyone who needs it.

2. How much thought do you put into the lineups each week? What factors do you use to decide?

This year the lineups were pretty much decided by which players were in town each week. Sometimes it was hard to keep track. I can remember Josh and David played in China while Daniel and Sam just got back from Vietnam. Patrick made a several long business trips and was never completely sure when he could play so I was very glad Vinay decided not to go to Europe this fall! It was definitely a good thing we had some depth.

3. So you are playing Dallas on Monday. Which lineup do you think they will go with and how do you see SF’s chances, board by board?
We have played Dallas twice this season and the results (each team won 2.5-1.5) indicate that it will be a close match. I expect they will use the same lineup they employed twice against us in the regular season – Marko Zivanic, Davorin Kulasevic, Igor Schneider and Bayaraa Zorigt. It follows a Dallas tradition of using a balanced lineup where they try to contest each board as closely as possible. Their top two boards will soon be GMs and already play at that level. I would consider them and our counter of Josh and Vinay to be pretty even matchups.

Board three decided both matches this season so it might well be the key next Monday. Schneider is a strong IM level player while we will counter with Sam who has been our key so far this season scoring 6.5 from 8. One major reason for Dallas winning the league last season and making the playoffs this year is their successful play on board four of Zorigt who is undefeated this season. We will counter with Daniel who showed strong character in coming back from a difficult first half in the World Youth.

In the end I can easily see the match ending 2-2 so having draw odds is nice to have.

4. Who do you expect to see in the division finals and in the league finals?

Miami is always a very good team and it starts with having Julio Becerra on board one but Seattle has their secret weapon in Hikaru. If he plays Seattle should not be dismissed. Slava Mikhailuk is on a hot streak and Michael Lee is a 2300 board four. Still I think the percentages favor a Miami-San Francisco matchup where I hope the return of our two young stars will make the difference

Queens versus Boston should be a tough one. Despite all the GM firepower I think it will be decided on board 4. Queens draw odds is a real plus. I predict 2-2 and they will advance. It is very likely that these are the two strongest teams in the East.

Carolina is much improved over last year. The key addition has been Ron Simpson who has played outstandingly for them this season consistently mowed down 2300s during the regular season. He will face significantly stronger opposition in the playoffs. How he and Oleg Zaikov (on board 2) do will likely decide the fate of the Cobras. The match with New York will be closely contested on all four boards and I predict 2-2 with Carolina advancing but then losing 2.5-1.5 to Queens.

If Josh, Vinay, Sam and Daniel collectively play at their normal level I like our chances to become the first team to win the USCL twice but having said that there are probably 5 teams that are quite capable and one should never forget the primary rule of the US Chess League – in any match any team can win! This might seem trite but if you watch enough USCL matches you start to realize that anything is possible.

5. This year Naroditsky and Shankland were two players whose league ratings were about 200 points lower than their current ratings. Does SF see any players like this for 2009?

This was a unique situation. Sam went from 2250 to over 2450 FIDE in 15 months and Danya from a high Expert to near IM strength. We won’t have anything like that next season though I think we will be competitive. I expect Nicholas Nip and Greg Young will see more action. The youngsters coming up behind them still need more seasoning.

This is a normal situation in the USCL. Boston had Shmelov and Williams last year and could have been expected to be closer to the middle this year but got a lucky addition in Esserman who makes good lineups out of their existing personnel.

6. Vinay Bhat is a GM, yet has an extremely low USCF rating. A lot of this can be blamed on the fact that most of his serious chess is played internationally. Should the USCL have provisions for those who have USCF ratings, but are clearly stronger than these ratings, due to their improvements only being seen in international play?

It’s partly true but Vinay also just seems to play better in Europe! To be more exact I think he is much stronger playing one game a day and those events are only found in Europe – and in Berkeley this December (contact David Pruess at pruess@gmail.com for details). There will always be some anomalies with certain player’s ratings so I wouldn’t worry too much about it.

7. Were you around and did you participate in the telephone leagues from the late 70s? Can you compare them to the USCL?

Yes I was. I played for the Portland Blitz and the Seattle Rain. The team names were definitely better – Berkeley Riots, Washington Plumbers etc. If I remember correctly we played on weekends (phone bills were cheaper) which was really nice because we could start earlier and not end so late. There could be delays since each team only had one runner for 6 boards. More local people showed up for the matches – now everyone follows the action from home, so both leagues had their advantages though I must say this incarnation is much better organized. Greg and Arun do a great job.

8. Tell us a funny story about a USCL match.

I don’t have any really funny stories but every time I see Patrick Wolff arrive a minute before a game seemingly appearing out of nowhere, sit down, grab a quick bite while conversing with Daniel’s dad Vlad about recent developments in the financial world and proceed to hold a strong GM at bay I feel like I am in the presence of one of the world’s great multi-taskers.
Posted by Elizabeth Vicary at 8:06 AM

The Fed played in both the 70s telephone league and today's league. I played against him in the 70s and drew! I think he might have been just an IM then.