somali pirates and an expert without a blood brain barrier 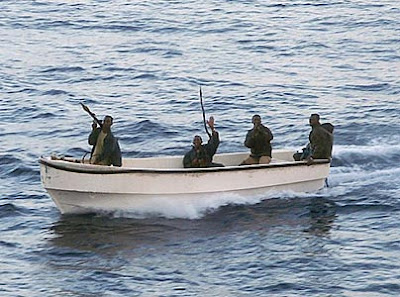 update: take this PIRATE QUIZ!! courtesy of that hard hitting news team at MSNBC (I scored an abysmal 20%)
So first of all.... how about those Somali pirates?!! Did you know they have hijacked thirty-six vessels this year alone? And last weekend they took a Saudi supertanker loaded with 100 million dollars worth of oil? I barely even remember what I did last weekend.

Check out the hilarious conversational style of this Newsweek piece:

What do the pirates do with their money?

The easy answer is they spend it. You see lots of brand-new pickup trucks and villas spreading all over the port of Eyl. There are brand-new hotels and restaurants catering to the pirates, a whole entertainment industry. There are lots of ways to spend your money—for example, they can also marry [an additional] new wife, which is allowed in Somalia: 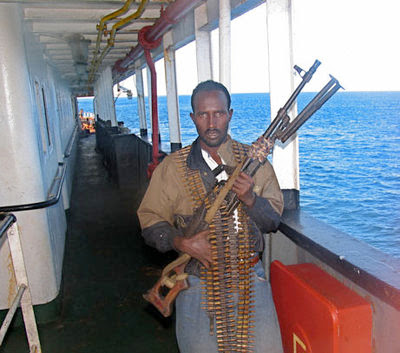 he does it for love

when did Newsweek get so fluffy? 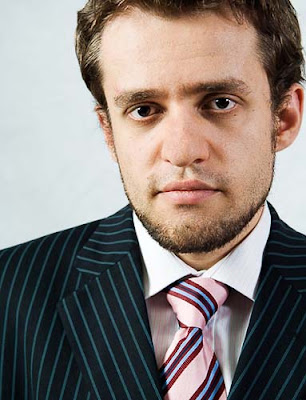 Chessbase reprints an interview with Levon Aronian, originally in Berliner Zeitung. I feel like people often make the mistake of treating someone who is an expert in one field as if they are an expert in others. The classic example is people talking about what Einstein thought about religion or central African politics when it shouldn't matter (since these subjects aren't physics). Or when reporters interview someone whose children were killed in some horrific way and they act as if this person has some special message to give us about the death penalty.

And this is my reaction to Aronian's comments: I just don't think he has any particular insight into the question of whether women can play chess. I definitely grant that he is an expert in the type of qualities needed in a chess player, but he doesn't have any specialized knowledge of cognitive sex differences or gender psychology or neurobiology. And I think you need that to have your opinion count for something. Or at least have coached some female players? Also, while he is obviously semi-famous and good looking and probably does well for himself, has he really had enough free time to get to know many women?

But it's a very interesting interview, and well worth reading. My favorite bit:

"Yes, I know there is a myth that chess is a very logical game. But chess is full of spontaneous decisions and determination. With chess you cannot even practice logical thinking."

Posted by Elizabeth Vicary at 4:06 PM

I prefer to believe that Aronian is yanking the interviewer's chain:

Levon has many things going for him but I'm surprised you mentioned good looks. That seems to be one area that he was not blessed with along with many other famous chess players hehe.
Although I agree with him that women are too emotional and let that get in the way during chess it might have something to do with the estrogen levels ya think?

Lev Aronian makes some interesting observations and I appreciate his honesty about his own feelings - that he feels surges of emotion during the game. But as for whether women can be strong players, I think he is confusing one observation as proving a hypothesis. For example, it was once theorized by some athletics "expert" that only some nations could produce middle and long distance runners (back in the 1930-1940's). Because in that era the champions came from a limited number of nations. Since 1945 however that notion has become banished as more and more runners from around the world participate. Some nations before that period like Kenya for example are now famous for distance running. Right now there are few elite caliber women players but that doesn't mean women as a group can't develop elite level players. Consider China once didn't have any top flight GMs. Now there many chinese GMs and in Hou Yifan, there is someone who is on the same development arc as Carlsen, Fischer, and other super-GMs.

Aronian may not have much time to get to know women, but, IIRC, he did (does?) have Arianna Caoili for a girlfriend.

I agree that his comments about the intellectual abilities of women are ill informed. His comment about too much blood in his brain indicates a general lack of medical knowledge that reminds me of professional cyclists in Europe referring to blood diseases. Perhaps when he's ill he applies leeches to remove the bad blood or to calm his brain befor the next game?

The feminini brain is an organ of moral impressions and impulses. That is why domestic workers are women; except in times of war, when they may be called upon to rivet.

The masculino brain operates in the wider world of mechanical, or kinetic, energies. That is why heads-of-state and bounty-hunters are, invariably, male, or at least have facial hair.

I agree he is probably f*cking with the reporter. But that's really asking for it, I think, given past controversy over such comments. it's a little like making a joke about bombs in an airport.

AT LEAST IT IS ON THIS BLOG

In all seriousnesss, Aronian is extremely good-looking. This is not simply my opinion; this is actual fact.

Absolutely yes, Aronian is a very handsome man. This is only amplified by his personality.