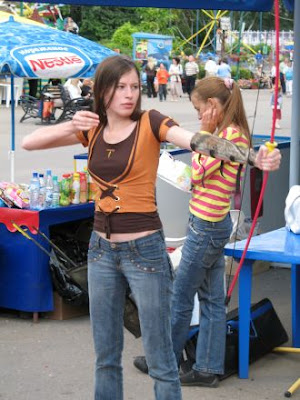 WGM Natalia Pogonina
At first, when I saw the lede photo of her*, I completely thought she was wearing a long hippie skirt, which would be an amazingly unRussian thing to do. But really it's just the rocks and she's wearing a sexy black skirt.

Then I noticed on the "Our Team" page, the description:

Zhdanov Peter
Co-author of the book "Chess Kamasutra", Pogonina.com admin, the soul of the team

Chess Kamasutra? really, I thought? So I googled chess kama sutra, which led me to

What's been missing from most films about sexual politics, you can't help reflecting as you watch Mira Nair's "Kama Sutra," is sensuality. Drawn from several historical sources, including those that set women against one another in the arena of sexual chess, "Kama Sutra" is immersed in a softly tactile world, where cloth and interiors are as golden and as color-saturated as the flesh of its characters. ...

huh? The arena of sexual chess?? That's like a common idea the Boston Globe can casually refer to without explanation? What kind of a newspaper is the Boston Globe? The movie turns out to be an R rated Bollywood production that was banned in India and Pakistan for being too racy. There does not seem to be any chess in it at all. On the other hand, the KamaSutra chess book seems to be a flashcard chess training program, so probably it doesn't have too much sex. I guess that's cross marketing for you?!

almost as beautiful, twice the soul: 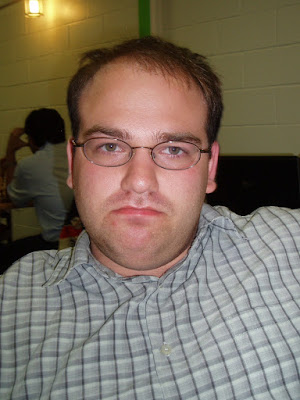 And Alexandra Kosteniuk has a new blog for women's chess. Can you believe no one had taken the name chessblog.com?

Posted by Elizabeth Vicary at 7:12 PM

Why is that unRussian? I'm Russian and don't get it.

(I'm not meaning that in any way snidely, especially not towards Ms. Pogonina, who seems fairly awesome. I imagine Midwesterners might describe New Yorkers in the same words.)

The name chessblog.com was taken and its owner let it expire. Alexandra's slimy husband managed to pick it up as soon as it became available.

Haven't you ever been to one of the nightclubs in and around Brighton Beach? It's cultural. I'm not sure that I understand it. Reaction to living in a regime where you couldn't get easy access to cosmetics and fancy clothes?

There's a weird cultural correlation between enduring poverty and exploitation for a long time and habitually dressing to flaunt sex, using clothing to emphasize sex differences and characteristics. This may have something to do with men's being valued mostly or solely for their ability to work and/or fight, and women for their ability to pop out more workers and/or fighters. (In other words, both sexes are objectified: men are reduced to their economic value, women to their sexual value.) These conditions seem to promote machismo and misogyny; apropos of nothing, they also seem to produce a disproportionate amount of organized crime.

My thoughts about Friedel growing up in New Hampshire, EXACTLY!

Why does Alexandra's husband have to be slimy to buy a domain name that was never used previously and that nobody wanted to buy at the time he bought it?

It's just that you're jealous you did not get it instead of him, that's it, huh?

Natalia Pogonina ain't got a thing on you, Elizabeth.

I think it's statistically significant that this post (containing pictures of a couple hot chicks) already has more than double the number of posted responses than the previous one (containing 20 chess diagrams & some fairly interesting analysis) even though the previous one has had a two hour head start.
I also like the intracaps on "unRussian".

"The name chessblog.com was taken and its owner let it expire. Alexandra's slimy husband managed to pick it up as soon as it became available."

Hot chicks are easier to look at than algebraic notation.

The reason this post has a lot of comments is because of the first part of the post, about "Chess Kamasutra", that's much more exciting than talking about the Queen's Gambit Accepted.

And by the way who said "Hi Paul"?

yeah, I can't believe you guys are more interested in sex than in my game 30 against a random kid

Clearly, our priorities are scrambled.

speak for your self anjiaoshi, I'm here for more sexy pictures of Josh Friedel.

This 15-year-old who totally shreds reminds me of a strong girl chessplayer: she excels in a male-domintated activity: http://www.youtube.com/watch?v=QhtDBqDucJE

What's interesting is that, whereas a 15-year-old boy guitarist would affect an intense, scowling, rock-n-roll expression, this girl just has a blissed-out smile the whole time.

As Angie Tempura might say, "What's scary about (Foxwoods) Connecticut... losing your tennis racquet at Pottery Barn? Bitch Pleeeeeeze!"I'm not convinced by what you call "totally shredding".
Here's a female who can actually play.
I disagree with your broad brush sexist stereotype that a "boy guitarist would affect an intense, scowling, rock-n-roll
expression". Maybe in some 80's spandex hair band, but typically not when actual music is involved.

ATH, you totally proved my point: that girl's name is Tal.

MY point was that:
a.) Your "boy guitarist would affect an intense, scowling, rock-n-roll
expression" comment applies to the 80's spandex set & not much else.
b.) Your idea of someone who "totally shreds" is extremely limited. &
c.) Disparaging all boys is sexist.
I don't see how the girl's name supports any of your claims.

Hi, ANTH. All I'm saying is, both Tals totally shred, and at the level of total shredding, gender distinctions begin to dissolve along with the ego, as one becomes totally lost in the shred.

However, Ches Kamasutra is in no way a dull chess training program. It's a book that teaches chess using analogies from sex, and vice versa.

Hi Peter, is there a way to order the book? I'd love to do a review of it. Thanks, Arne

Hi Arne!
Peter wrote me to say it's not published yet, but he'll let me know when it is.
Elizabeth

Very useful information you have provided. I am really impressed. I would be visiting your blog regularly from now on. Thanks.

There were several articles about "Chess Kama Sutra" or "Chess Kamasutra" in 2009 and 2010, including in the New York Times, but the book doesn't appear to have ever been published. Natalia Pogonina was a guest commentator at chessgames.com a few months ago, and I asked what its status was. She didn't respond. Peter Zhdanov's profile on pogonina.com still states that he's co-author of "Chess Kamasutra," but his profile was last updated on July 1, 2010.

My guess is that either they couldn't find a publisher or it was just a publicity stunt.