I've recently discovered (I know, very late) the Huffington Post. It's a nice way for me to read news and opinion articles that mimic and reinforce my ingrained personal beliefs. Also, I watched some nice videos of the Sotomayor confirmation hearings.

I also enjoyed John Kerry's response to Sarah Palin's Washington Post op-ed piece on cap and trade emissions regulation. It's kind of great, right, actual debate in a public forum by politicians on an important and little understood issue? Kudos to Sarah Palin for taking on such an important question and being wrong so visibly and in such an easy-to-explain way.

As you know, I love Michael Steele. I watch him now and it occurs to me that Republicans used to sound conservative and boring to me, but now sometimes they seem to share this one same manic, incoherant, inappropriately personal speaking style?

other people (/news sources) aside, I'm doing pretty ok. I've felt insanely busy the last few weeks, but life is possibly getting back to normal. I teach summer camp from 8:30-12:30 Monday-Thursday. I'm going to a scholastic tournament tomorrow and taking kids to the Marshall Saturday (g/60), but that's my choice, and overall it doesn't feel like I'm working much.
I spent last week attending the US Chess School. I spent this afternoon writing the student bios for the clo article. It struck me how chill and noncrazy and happy the genius kids were. Greg elected me camp disciplinarian, and at one point I had to take a coca-cola bottle away from a nine year old who is higher rated than me because the child was playing an elaborate game transferring coke from a plastic cup to his mouth to the bottle and back. But they are simultaneously incredible chess machines/lovers (I don't know which I mean, probably both) -- a lot of them study 3-7 hours a day and play 3 tournaments a week or 4.5 hours a day on ICC*. All of them want to play blitz every day, every lunch break. But they also write short stories (with introductory character descriptions and colored pen maps) about an army of mice (allied with weasels and some chickens) that frees a country from its evil rat rulers.
I would say that they were some very interesting, cool kids.
here are some more pictures of them that I did not post earlier because I was in a rush one morning and then my computer broke and then I forgot. 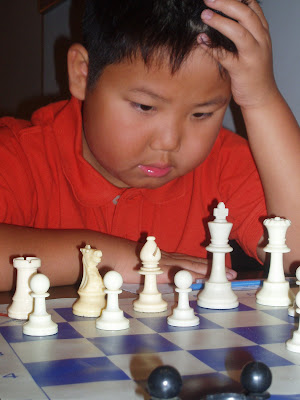 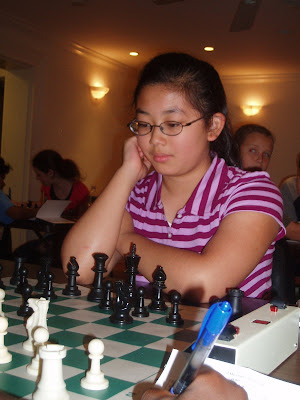 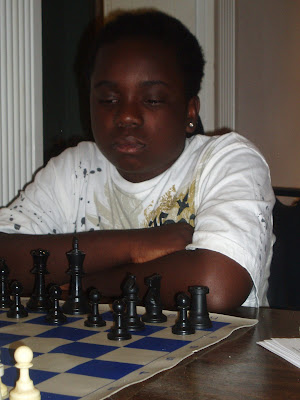 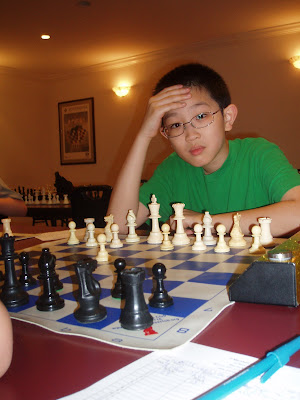 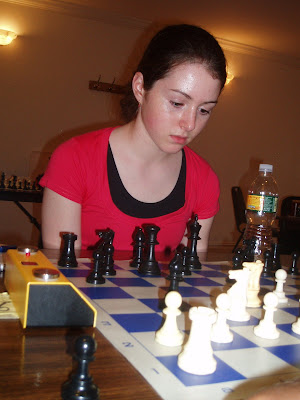 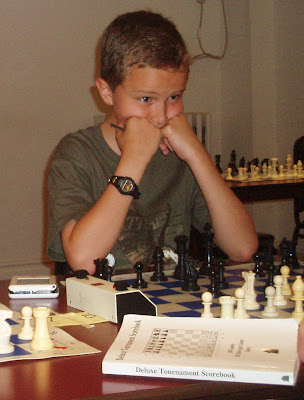 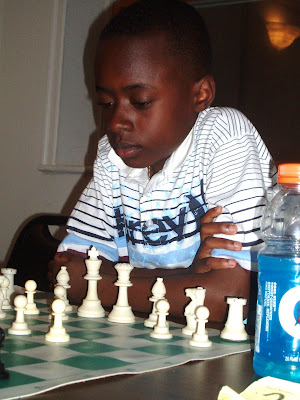 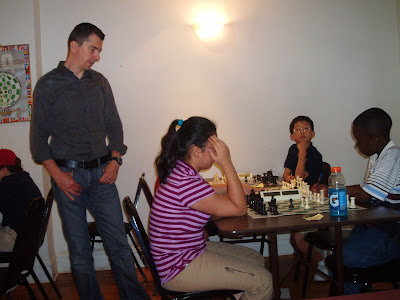 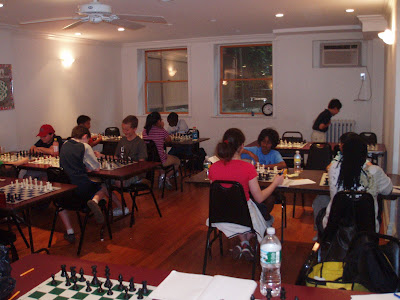 *It makes me realize I am not in any way ambitious as a chess player.
Posted by Elizabeth Vicary at 7:39 PM

Kids just radiate potential and are amazing from that perspective regardless of what they may become. Most will probably end up as pompous 2250s but the few that truly excel should be well worth your effort.

"Pompous 2250s" should be a blog title, a band name or a restaurant.

What kind of "camp disciplinarian" would post all these pictures without a sequel to the legendary "Dont throw pieces at the Marshall" video?
I've heard that transferring coke from a plastic cup to your mouth to the bottle and back can increase your rating.