pie charts, a dance party, the "famously-furry Kasparov," and a bacterium to mourn 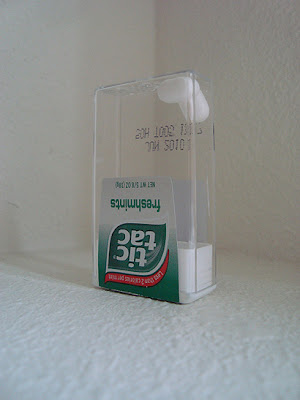 one from a long series: stuck TicTacs 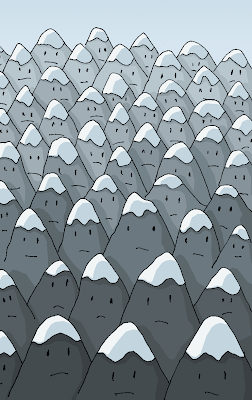 I was at Union Square yesterday at 8 pm when a bike-riding collective/ group of Michael Jackson fans started a dance party: 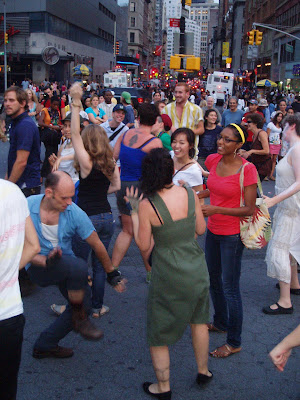 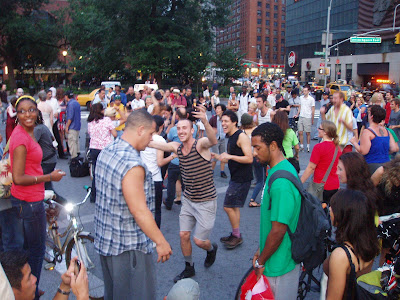 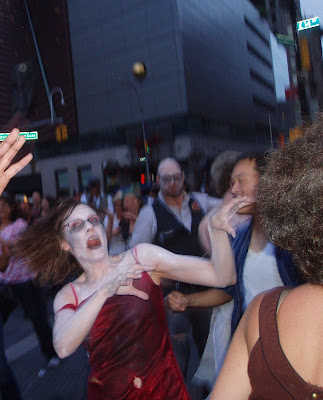 If you haven't read Jaan Ehlvest's self-interview book, The Story of a Chess Player, allow me to recommend it very highly.

You remember a lot about the Botvinnik School-- tell us something funny that happened.

Yes, I remember the training camp very well-- I was probably in some kind of stress-alert situation because of my lack of Russsian and the importance of the training camp for me. I was an outsider there, and new to this kind of society, which differed so much from that which I was used to in Estonia.

At the time I was fourteen years old, and would soon celebrate my 15th birthday. Naturally, I was starting to experience the standard hobgoblins of adolescence. In particular, I was quite concerned at the appearance of a strange hair on my legs! I guess at the time I did not realize immediately that this was quite normal. Of course, the famously-furry Kasparov was already quite hairy at that time, although he was a little younger than I.

You are not married yet. What kind of woman are you looking for?

I do not know why, but I am very fond of blond women. The personality does not matter much--I think I can handle any kind; but it is best if the woman is clever. She must also have the qualities real women from the past had. I am not a nobleman, but probably I would like a noble, stylish woman for a wife-- but I can live without one also.

Other beautfiul questions include "When was your last fist fight? and "Are you afraid of death?" 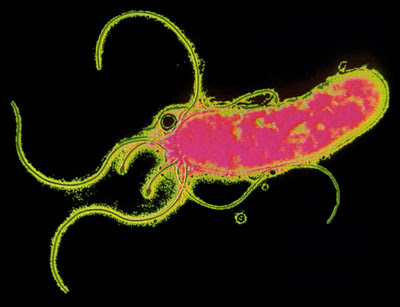 A recent article in the Economist discuss the eradication of a bacterium that used to be found in 70-80% of people. It is linked to ulcers and gastric cancer, but it also helps regulate appetite and provides protection against the development of asthma. ("Though the connection has not been established for sure, Dr Blaser suspects the bacterium’s disappearance could thus be contributing to the epidemic of obesity that is sweeping the rich world.")

"What all this suggests is that rather than trying to eradicate H. pylori, a better strategy would be to manage its relationship with humanity in a more sophisticated way. Some people are, genetically, more susceptible to ulcers and gastric cancer than others. For these unfortunates eradication may be the best option. However, if your genes predispose you to asthma or obesity, eradication may be unwise.

Moreover, people are not born with H. pylori in their stomachs. Rather, they get infected when they are young. That means a parent or doctor could choose which strain of the bacterium a child ends up carrying, rather than leaving the matter to chance. H. pylori is genetically variable (not all strains, for example, make cag). Dr Blaser envisages a future in which doctors run routine checks on babies’ genes to find out their susceptibilities, and then colonise those babies’ stomachs with the strain or strains that are best for them. If that happens, H. pylori can come off the endangered species list for good."

Posted by Elizabeth Vicary at 1:51 PM

The Venn diagram for those four categories should show all but cleanshaven in the classic multiple overlap configuration, (A = female, B = beard, C = mustache) so the pie charts would add up to greater than 100% for each continent/group the way they're drawn. The cleanshaven area would include all of the yellow (female non-beard non-mustache) part plus another section that doesn't overlap with anything else. Those are the kinds of pie charts that give rise to all sorts of crazy conclusions such as "no South American females have mustaches", which is clearly ridiculous.

I never noticed moustaches to be so common in North America as the graph suggests. Is this a Canada thing, or am I just oblivious?

I feel for those mountains. Still, even in their bored state, they exude a certain impressive tranquility. This probably comes from their being able to take the long view.

That woman in the red dress looks like an escaped extra from that movie Carriers that's coming up sometime soon.

ooo...I love pandas.
Here I bought a cuddly panda bag (L) that I can hardly put it down!
I believe it is a GREAT find for every panda fanatic!
hkpanda.freetzi.com
Flor (floreshayes@gmail.com)