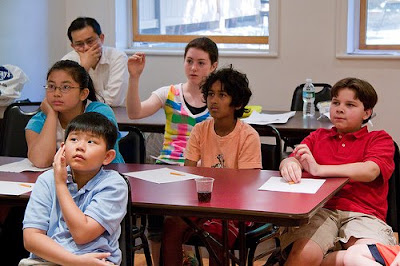 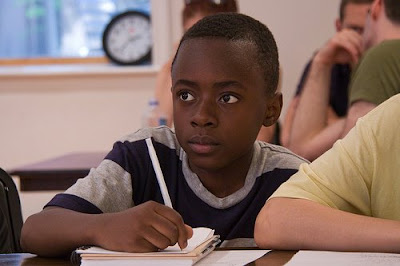 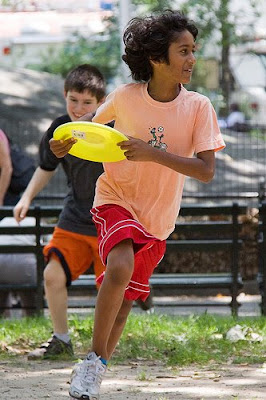 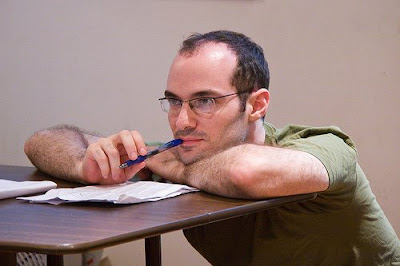 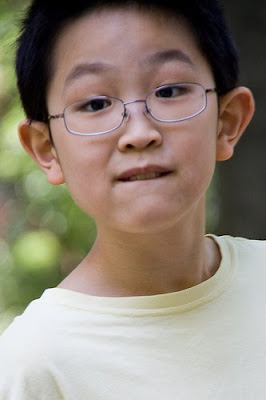 Amazing pictures right? They were taken by Chris Wu's father, Ted. More are below, covering the answers to quiz questions, but you can also see them all here.
Vicary,Elizabeth - Eng,Randall [B31]
Marshall Sat g/60 (round 3), 18.07.2009

1.e4 c5
2.Nf3 Nc6
3. Bb5 It's really so much fun to play the Rossilimo against 1900s. It might be the only part of chess I always, unreservedly enjoy. In this game I thought I was much better in the opening and early middlegame, although it turns out I was not. But that didn't stop me feeling proud, safe, and crafty the whole time.
3...g6
4.Bxc6 bxc6 played instantly. inside, I chortled with joy. 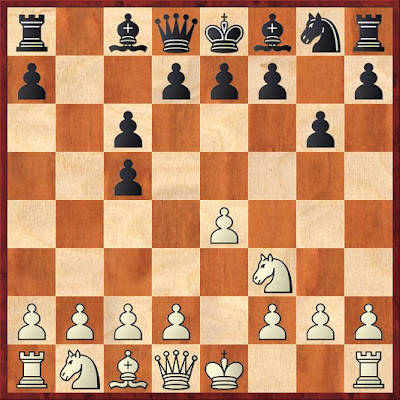 5.d3 it doesn't matter, but probably it makes sense to castle first, since it is the most certain move on the board.
5...Bg7
6. 0–0 Nf6
7.Nc3 0–0
8.Be3 d6
9.h3 white always wants to play h3 in these lines because g4 is the only place where black's light squared bishop is at all relevant. ok, sometimes if white is not paying attention black organizes ...Ba6 and ....c4, but otherwise.
9...Rb8
10.Rb1 I learned this move from putting my game against Kelleher into rybka. I guess sometimes just staring dumbly at the engine evaluation does help.
10...Qc7
11.Qd2 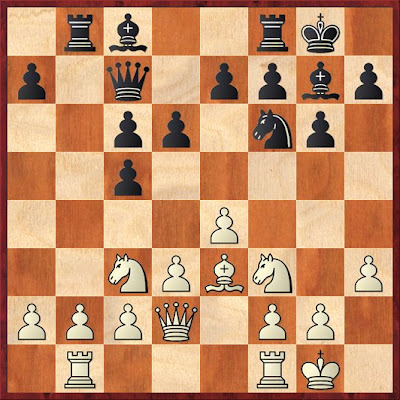 My intention is some kind of dark squarey kingside attack: Bh6, N somewhere (g5?), f4-f5, rook lift etc.
I also know for almost certain that he will move the rook, so when I play Bh6, he can answer Bh8. This is my other favorite thing about playing 1900s: they all believe wholeheartedly in this maneuver. Why is that? Just look at it for one second-- doesn't it look terrible??? Maybe it's good in the Yugoslav or something, when you need the bishop for your own attack, but I think it's an enormous stretch to think you are doing this for the safety of your own king. ...Bh8 weakens f7 (since no rook can defend on f8 and a knight on g5 cannot be easily kicked away) and takes every escape square away from the king. A knight on e7 is checkmate!! It's like some weird group hysteria.
11...Rd8
12.Bh6 Bh8 sucker
13.b3 I'm playing this to free my rook to go to e1. Maybe I don't need to do this, but on the other hand maybe he'll play ....d5 and I'll win an exchange. oh, and one more thing I'm hoping for.... 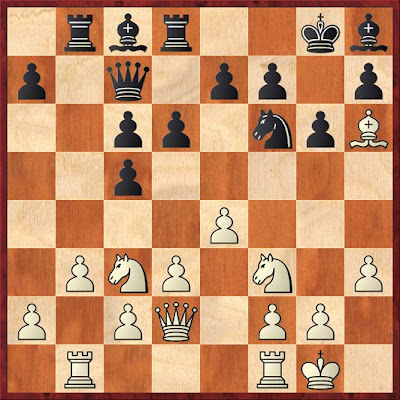 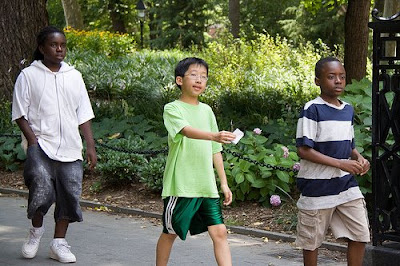 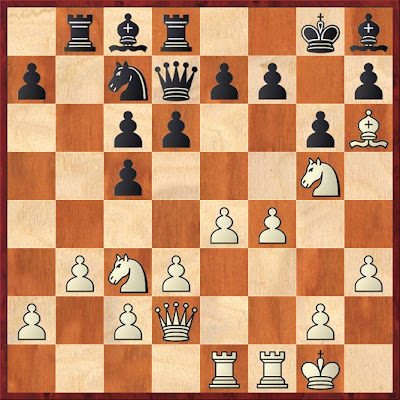 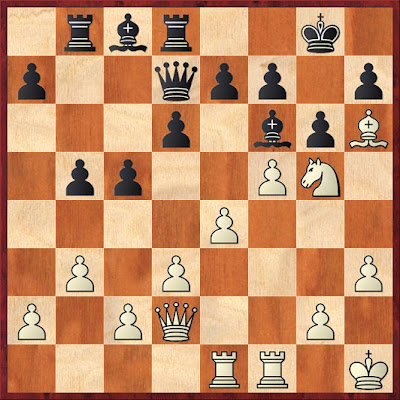 As time pressure set in, I began to realize I had no idea how to break through. Over the next few moves, I went from 30 minutes to 15 without thinking about much that wasn't circular. After spending 4-5 minutes each move, I would panic and play something random and nondestructive, in the hopes of something good occurring to me while he was thinking.
19...b4
20.Qe3 Qe8
21.Qg3 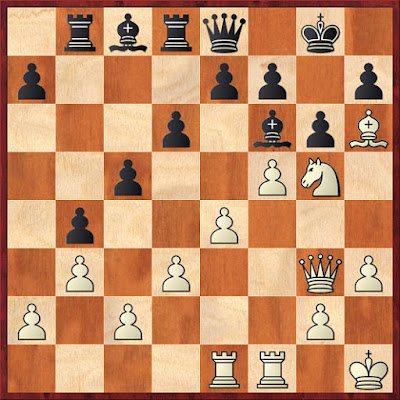 I was excited because I finally have a threat here. What is it? 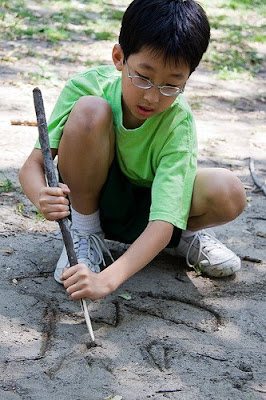 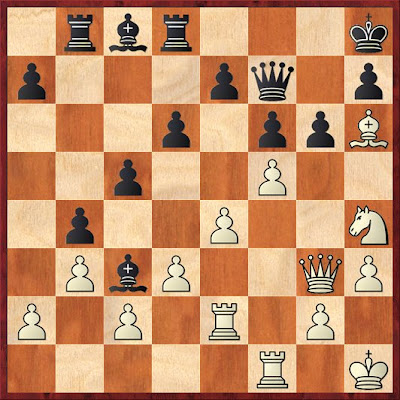 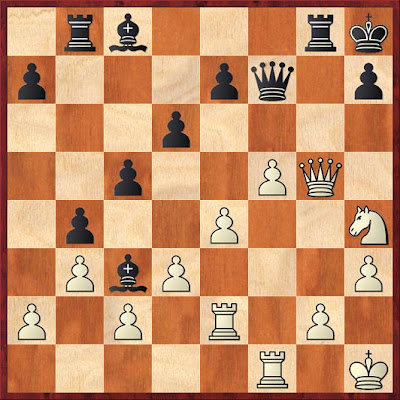 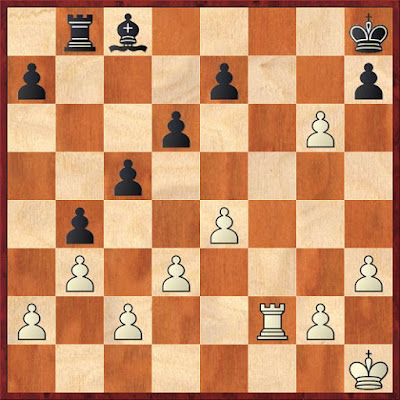 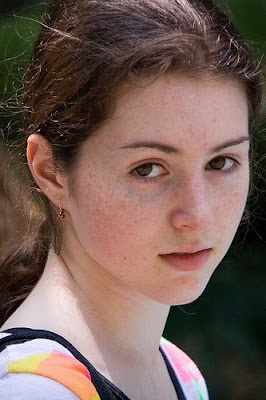 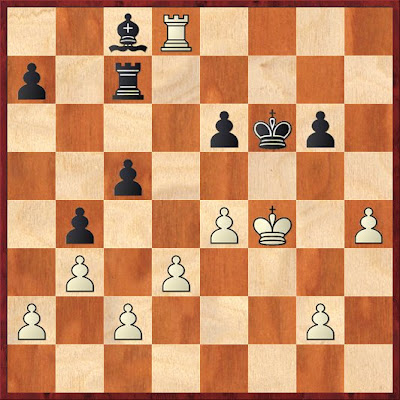 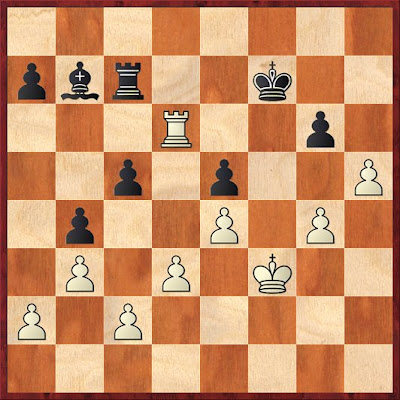 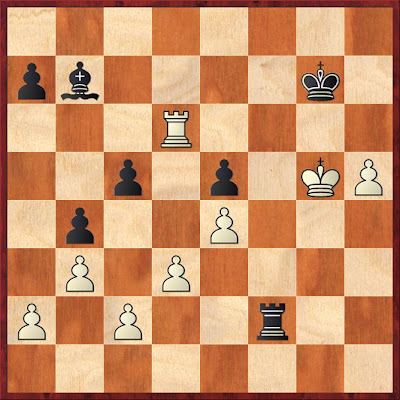 poor kid, trying to do the right thing and activate his rook. How do I win a piece? 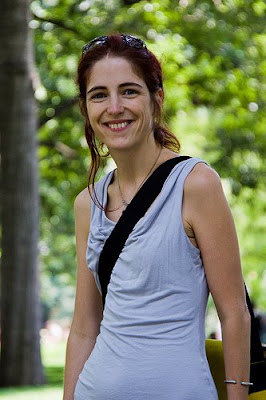 I find your commentary on "the way 1900s play" as quite amusing. I've actually rambled on a bit at my club about the way people religiously waste several moves to desperately attempt to trade off black's dark squared bishop.

My opinion is that white should try to win and not simply trade pieces. Modern practice seems to indicate this plan is insufficient to win and I love to play ...Bxh6 whenever possible to punish those who regurgitate moves without bothering to comprehend the position.

I find your commentary on the way you "love to play ...Bxh6 whenever possible" as quite amusing. Since in this game, it loses.

But in all seriousness (!), I must agree that it can be pretty gosh-darn tedious to try to comprehend the position, and I often don't bother, preferring to make a sandwich or watch TV, or both.

Nice sequel to "I slime a child"

For the record, I am your defeated foe.

Liz, you are a nice girl.

Once again Elizabeth, your commentary is worthy of praise, even though the game is flawed. I find your general thought process to be very instructive. Maybe that's because I recently misplayed a similar position from the black side, or because it's refreshing to read real world stuff like "oh shit, my bishop is trapped", or both.

In the game, after 12. Bh6 black can just stay there & wait for white to take on g7 after which black looks like he can hold even if he has to play Rf8 or Rh8 at some point. Meanwhile black can give his pieces a little more breathing room with e7-e5 & f7-f5 (after moving the Nf6 maybe to e8) which either activates the light squared bishop or allows expansion with f5-f4. After e7-e5, black also has d6-d5 available because white can't then respond with e4-e5.

13...Ne8 is probably worthy of consideration.

Another (lame) idea is to put the dark squared bishop on c3 temporarily & trade off the f5 pawn to open things up for the light squared bishop, but that seems to allow white to get feisty on the king's side.

what chess program are you using

chessbase!
to get the pictures, just go to "save position"

whats a chess base?