I'm envious of men for a lot of reasons... their superior ability at video games ... the fact that it's socially acceptable for them to wear the same pair of pants all week .... maybe most of all, their ability to pee standing up.

but that's going to change; in my in-box this morning:
"Ladies, what is the biggest inconvenience when you are backpacking, camping, and hiking? Trans men, would you rather use a urinal instead of a stall? You do have a choice if you want to Stand To Pee, and of all the "STP" devices we tested out, we chose P Style for you! 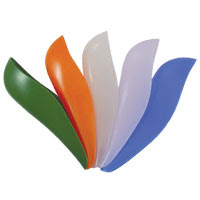 Anyone who’d like to pee standing up (and that’s a whole lot of people!) will find the P Style useful. This compact and convenient “Stand To Pee” device, or STP, works perfectly for outdoor recreation and work, travel, folks with physical restrictions, female-to-male transsexuals, people who’ve had surgery that interferes with their ability to pee standing up, men with hypospadias… basically, anyone who wants to pee standing up, but whose anatomy or circumstance has kept them from doing so! It can be used through an open zipper with the user fully clothed, and the back edge can be used in place of toilet paper. Best of all, it’s made from nonporous hard plastic, so it’s easy to clean, completely reusable, and long-lasting. Color may vary."
genius!! and only $12! I'm ordering 2.

In education news, a disturbing amount of school drinking water across the country has been found to contain unsafe levels of lead and pesticides. Apparently, nobody is really monitoring it. A few years ago, I worked at an elementary school where they found very high levels of lead in the drinking water in one classroom. None of the parents were informed; we were just told not to let the kids drink water anymore.

And finally, an interesting link (thanks to anijoshi) that traces the political schisms in this country to four distinct groups of British settlers. He suggested it might shed some light on the mind-blowingly weird murder of a substitute teacher/ census worker who was found hanging from a tree with the word "fed" scrawled across his chest.
Posted by Elizabeth Vicary at 7:43 AM

As one with a great deal of Scots/Irish ancestry, I'm intrigued to see this particular set of ethnic slurs printed. I suppose since it is all meant in fun, I should not take it too much to heart.

As another with a great deal of Scots-Irish ancestry -- the entire maternal side of my family, to be specific -- I read these documented observations as well-researched anthropology, not "ethnic slurs."

I read the article as popular writing rather than a researched piece. To single out, for example, borderer presidents Andrew Jackson and Polk rather than say, other presidents of "borderer" ancestry, such as McKinley, Wilson, Teddy Roosevelt or Bill Clinton, all Ulster Scots in ancestry, gives the article a particular reductivist form of description that troubles me, and, yes, has a slur quality.

There is more than a grain of truth to the Scots-Irish Borderer political critique. It surfaced in the 2008 election (outsiders couldn't figure out why Obama had little chance in West Virginia). See http://www.amazon.com/Born-Fighting-Scots-Irish-Shaped-America/dp/0767916883 , for example.

But to juxtapose this article with the murder of the Census Bureau worker is a bit much. Had the same worker been killed in the South Bronx, would you be comfortable with similar ethnic stereotyping?

Even in a world in which all may urinate standing up, there will still be things posing barriers to all but a few:
http://www.scaryideas.com/content/4709/

"Had the same worker been killed in the South Bronx, would you be comfortable with similar ethnic stereotyping?"

Had this worker been killed in the South Bronx, in the same way, it would have been a baffling crime and sent people into a speculative scramble, trying to figure out what the killer meant by writing "FED" on the body. That's because while the history of the South Bronx explains the violence of life there, it doesn't explain why someone might hate a civil service worker.

The history of Appalachia explains not only the violence but the hatred toward government, especially when combined with the recent right-wing media campaign to stir up fear, uncertainty, doubt and resentment against the government in general and the Obama administration in particular, a campaign which is tailored to the specific anxieties and insecurities of this culture and which exploits its historic experiences for maximum efficacy.

You can't take a people with a long and, in some ways, justified fear and loathing of established power and the "Other," fill their heads with propaganda about how the decennial census is a scheme for identifying conservatives and putting them in concentration camps, and expect shit like this not to happen.

Elizabeth, peeing upright is fundamentally just an exercise in fluid dynamics. I suspect the math puts people off. :)

As I already can pee standing up, I'll also go for the second topic.

I recently read a fascinating book, Outliers, by Malcolm Gladwell, who previously wrote The Tipping Point. He tells the story of wave of immigration from the borderlands to Applachia, and of the lengthy feuds famously associated with the region over generations.

The book also offers a lot of insight into what goes into producing high-performing individuals in many fields, including chess.

PS - Congrats on the growth and success of your IS 318 classes! Perhaps my web site would be helpful in some ways for you; would you like to try it out as a free pilot project for a year, for the lower and middle groups in your classes? We're interested in finding a number of Title I schools which we would serve for free, to see if we can be helpful to programs that can't really afford lots of resources. If so, please drop me a note. The offer goes for other Title I schools, too.