Last night I went to see Pascal and Irina give a lecture at the Marshall Chess Club: 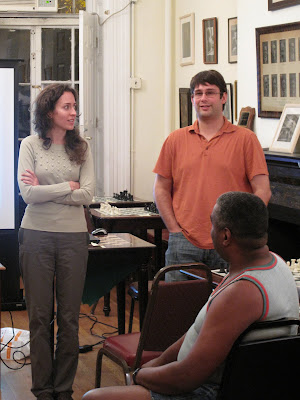 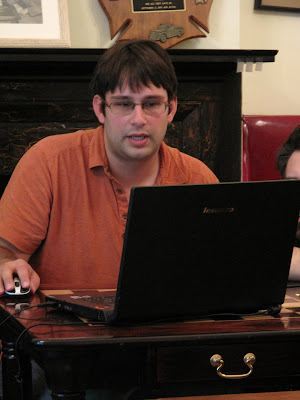 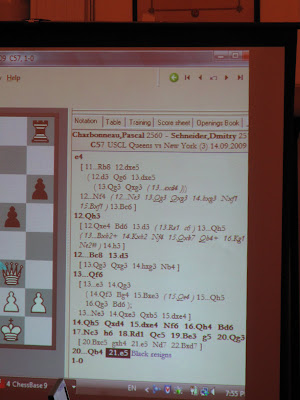 Then Irina showed a game from China.
Lots of pictures of Irina: 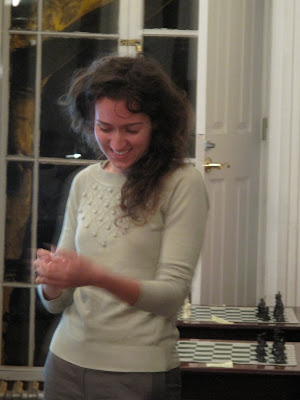 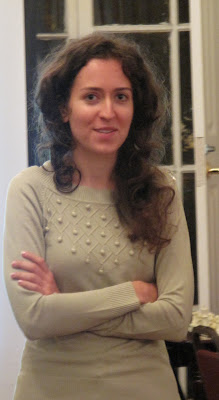 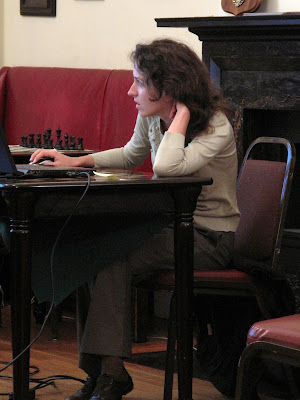 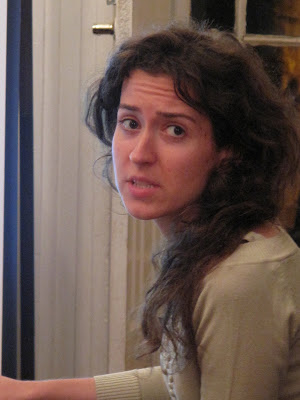 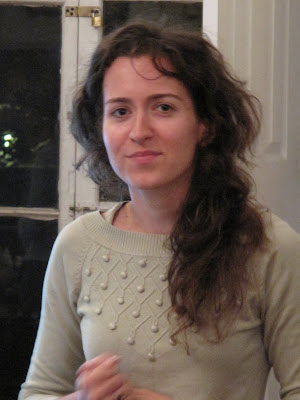 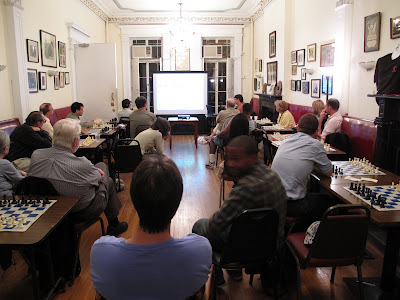 spectators
Somewhat incredibly, there were six women in the audience (ok, counting Irina and myself).

In other news, I'm reading a fascinating book called Gig, in which 125 people talk about their jobs. I found it online and embedded it for you. Reading the high school basketball coach one was unnerving, but he's crazier than me, no? update: people were telling me the blog wouldn't load for them, so I've erased the embedded book and linked to it instead
Posted by Elizabeth Vicary at 5:11 PM

I have an M.Ed. from the University of Illinois at Chicago, and I can't get a full-time teaching job. This guy thinks that teaching history is nothing more than reading the book the night before, and he's working?

I got myself a Ph.D in kicking ass, and the job market is booming! The World Series of Competitive Shooting is my résumé, Camp Perry is my reference, woooooo! General Robert E. Lee back in the flesh, you better run evil do'ers!

Quick, get Jo some bubble gum.

I got a laugh out of the Catholic School coach who swears like a sailor and comes across as somewhat of a buffoon - in a book, which supposedly he was able to revisit and edit before publication.

Quiz: Which two USCL teams played with different board 4s from the week before (when they both lost their matches), and ended up winning their matches this week?

Sometimes I read Opening for White According to Kramnik the day before....

You got to admit it cousin, a Rowdy Roddy Piper reference is just as good as an olive branch round these parts, I say we befriend this anjiaoshi.

What was Irina thinking about at the time of the last picture of her? Does anyone know? I'm trying to interpret the look on her face; it's intriguing and very sage.