15 Questions with IM Jacek Stopa of the Dallas Destiny 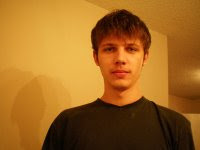 2. Ilya Krasik of the Boston Blitz recently said “I am only looking for motivational material, it isn’t easy to find these days, Dallas players are a reserved bunch.” Are you going to let Ilya insult your team like this? What do you have to say in response? Something really rude, perhaps?
I have never heard of that guy. Frankly, I don’t really care about random people expressing their ridiculous opinions. I’m ok with whatever leaves that gentleman’s mouth.
3. You will be playing Denys Shmelov in the final. What do you think of him as a player? What do you see as his strengths and weaknesses? What opening do you expect? What would you guess will decide the result of the game? How do you estimate your chances?
I expect 1.Nc3 and I don’t really count on surprising my opponent as far as opening preparation is concerned.
4. How do you envision the other three boards going?
Well, what I hope to see is all of us winning our games. It’s hard to tell, the match is going to be very equalized and luck may play a big role. I’m sure we will try to do our best – Drasko has successfully confronted grandmasters and I don’t think he is an underdog against Christiansen, to Davorin it pretty much does not make much difference who he is playing as the result stubbornly stays the same, and Bayaraa is a clear favorite in her game. I hope my 1.Nc3 will be successful, as it usually is.
5. How much do you care about the result of your game? About the result of the match? Would you rather play a horrible, horrible game but Dallas wins or the best game of your life but Dallas loses?
Definitely the former option. I do care about my personal performance, obviously, but this is a team competition and therefore team result is the priority and what I care about most in this particular competition.
6. The last two finals have been won by teams who did not have a grandmaster on board one. Do you think this is a coincidence, or could it be that the small rating advantage conferred by having a player over 2590 is outweighed by the advantage of stronger lower boards?
I believe it’s all about the balance of all four boards, so having a notably strong 1st board at the expense of the remaining three is not a good strategy.
7. Are there any openings that give you special pleasure to either play or play against?
1.Nc3 with white. For black it depends on my mood.
8. If you had to play for a different USCL team, which would it be and why?
I would choose exactly the players I’m on the team with.

I’m good at the checkmating part.
.
10. Which are your top five chess-related websites and why?
I visit chessbase.com on a semi-regular basis.
11. What chess book had the most influence on you?
Kotov’s book on endgames, I don’t recall the title
12. Which chess player (living or dead) do you admire the most?
I admire Davorin Kuljasevic for his determination.
13. If Bill Gates gave you $500,000 to organize a chess tournament
a. where would you hold it, on a Greek island
b. what format would you choose, active
c. who would you invite, and top 8 players and a bunch of buddies
d. what, if any, special rules would you impose? Interchangeably games with chess problems, such as threemovers
14. How obsessed are you with chess? In an average week, how much do you study, play and think about chess? When you study, what exactly do you do?
I’m definitely not obsessed with chess. I do it since it’s fun to interact with other chessplayers both socially at tournaments and on the board. My work on chess is irregular, I have moments of passionate interest, but equally often whiles of total ignorance. When it comes to studying chess, I normally solve some puzzles or go through some games on ICC, or chessbase.com.
15. In recent years, a number of prose books about the chess world have been published. Have you read any of the following and, if so, what did you think: The Day Kasparov Quit (Dirk Jan ten Geuzendam), Chess Bitch (Jennifer Shahade), The Chess Artist (J. C. Hallman), Kings of New York (Michael Weinreb), The Art of Learning (Josh Waitzkin), King’s Gambit (Paul Hoffman), Engaging Pieces (Howard Goldowsky), How Life Imitates Chess (Gary Kasparov)?
I haven’t reached for any of these books, which does not mean I won’t, but I don’t think that is gonna happen very soon. A friend of mine was impressed by the last one, authored by Kasparov, and, recalling his reaction, I think it would be the first one I would read.
Posted by Elizabeth Vicary at 10:12 PM